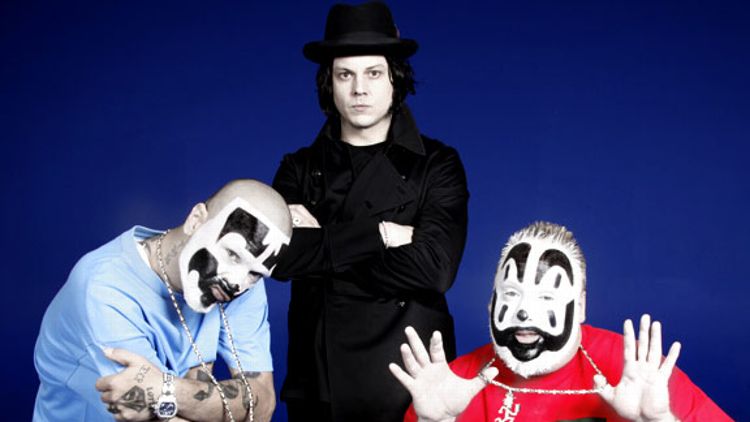 It’s pretty much impossible to know when Internet-baiting horrorcore duo Insane Clown Posse is doing something because they really want to or because they think it’ll make people’s heads explode. The latest, and arguably greatest, WTF example: On September 13, ICP will release a cover of Mozart’s “Leck Mich Im Arsch,” a largely forgotten canon in B-flat whose title translates in English to “Lick Me in the Arse.” Their version will feature instrumental backing from Nashville thrashers Jeff the Brotherhood and production from — ready?! — former White Stripe Jack White. What? Apparently, the Clowns have written their own lyrics, which they’ll add to Mozart’s original German ones. One way this makes the tiniest bit of noncontrived sense: Both ICP and Jack White are from the Detroit area, and it’s not inconceivable they met years ago — perhaps in some Michigan dive bar, over a game of Big Buck Hunter — and planned a collaboration, only to be sidetracked by their own projects and rises to notoriety. Now, with White in semiretirement, his Third Man Records pumping out novelties (a Conan O’Brien live album, a Stephen Colbert single), and Insane Clown Posse enjoying their greatest fame — why not? Equally as plausible: This was a really good opportunity for Jack White to be photographed, for the first time ever, with people wearing jorts.

Update: Stream the song below.