Will the Whole Drake vs. Lil Wayne Tour Be ‘Street Fighter’–Themed? 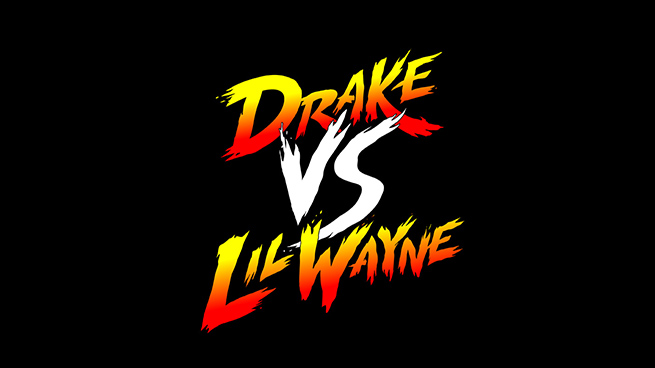 The only problem with this new Drake vs. Lil Wayne tour teaser is that it positions Weezy as the “sage” and Drizzy as his “protégé.” This is no longer an acceptable comparison and hasn’t been the case for a few years. Regardless: This tour was already destined for greatness, and now it’s looking like it might run with the Street Fighter theme far beyond the poster art. If Blanka shows up, this thing might end up ranking as high as the Watch the Throne tour.

Kendrick has recorded 30-40 songs for his new record, and Complex has a big cover story on him.

Lucy Lawless is heading to Agents of S.H.I.E.L.D. No word on the role or how big or small it is. Maybe it’s Xena.

Accurate depiction of what’ll happen when FXX airs every episode of The Simpsons in sequence:
https://www.youtube.com/watch?v=E03-Sq3gLjI

Jack White is launching Third Man Books, an offshoot of his record company.

De–Ant Man’d Edgar Wright’s next movie will be Baby Driver, an original work “in the vein of his Cornetto Trilogy he made with Simon Pegg and Nick Frost.”

American Horror Story: Freak Show will be less campy than Coven was.

The Strain will deviate heavily from Guillermo del Toro and Chuck Hogan’s series of novels.

ICYMI: Boyhood’s joining the Criterion Collection on Blu-ray soon, with some serious bonuses.

Donkey Kong, Pac-Man, and Frogger will all appear in Adam Sandler’s Pixels.

Ken Jeong is starring in an MTV comedy pilot titled … Ken Jeong Made Me Do It.

Here you’ll find a 5,400-word interview with one of the best audiobook narrators around, Bronson Pinchot. (Check out his take on Flannery O’Connor’s debut novel, Wise Blood, plus Everything Rises Must Converge, in which he reads several of the stories.)

And this is just awesome: