Ariana Grande’s Second Album (in Less Than a Year) Is Also Her Second No. 1. How Big a Deal Is That? 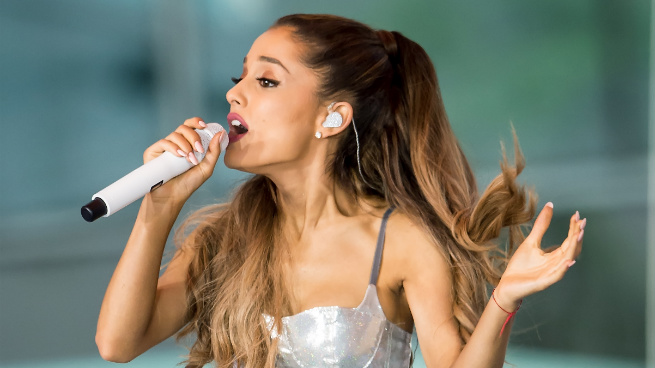 We have a new nominee for the Diva Hall of Fame, people. She’s Ariana Grande, the 21-year-old Nickelodeon graduate from Florida who released her sophomore album last week. My Everything is now on top of the Billboard 200 with 169,000 copies sold, which itself isn’t necessarily a jaw-dropping number, but comes with an interesting fact: Grande is the first female artist to have her first two albums debut at no. 1 since 2010, when Susan Boyle’s second record, The Gift, accomplished the same. (My Everything also came out a little less than a year after Grande’s Yours Truly.) While the Susan Boyle–ness may not blow your mind, that stat puts Ariana Grande in league with …

Alanis Morissette, whose first three American releases (1995-2002) all hit no. 1. None of her following three albums went to the top.

Meanwhile, Ariana’s got bragging rights — in this one hyper-specific (but impressive!) department — over:

Lady Gaga and Katy Perry, whose 2008 major label debuts, The Fame and One of the Boys, peaked at no. 2 and no. 9, respectively. Katy and Gaga both followed their debuts with back-to-back no. 1 albums, though.

Rihanna, who didn’t have a no. 1 album in the U.S. until 2012’s Unapologetic, her seventh studio release in eight years. Ditto for Pink, who didn’t hit no. 1 until her sixth album, 2012’s The Truth About Love, which came out 12 years after her debut.

Taylor Swift, who only made it to no. 5 with her 2006 self-titled debut. Since then she’s had three consecutive no. 1 albums.

Kelly Clarkson, whose six-album career has netted two no. 1s, none of them happening in succession. She arrived on top with 2003’s Thankful, but somehow 2004’s Breakaway, which featured the world-conquering “Since U Been Gone,” only went to no. 3.

Does any of this mean Ariana Grande is the new Britney or Beyoncé? Not necessarily. Consider Ashanti, whose first two albums hit no. 1 in 2002 and 2003. Since then, she’s only managed to get to no. 7, no. 6, and no. 10, with four- and six-year gaps between her last two releases. The Disney/Nickelodeon starlet route isn’t always a music-industry guarantee, either — in four attempts, Hilary Duff only went to no. 1 once, in 2003, with her second album. Selena Gomez, our next likely “first two albums at no. 1”–er, does come from this pack, though. Her 2013 solo debut went to no. 1 with 97,000 copies sold.

Of course, to prove this stat is meaningless, all we need to do is look at Ashlee Simpson. Believe it or not, she came out swinging with two no. 1s in 2004 and 2005, returned in 2008 with a no. 8, and was last seen on the ill-fated CW reboot of Melrose Place. Turns out there might be such a thing as peaking early.

Filed Under: Music, Ariana Grande, Divas, my everything, billboard 200