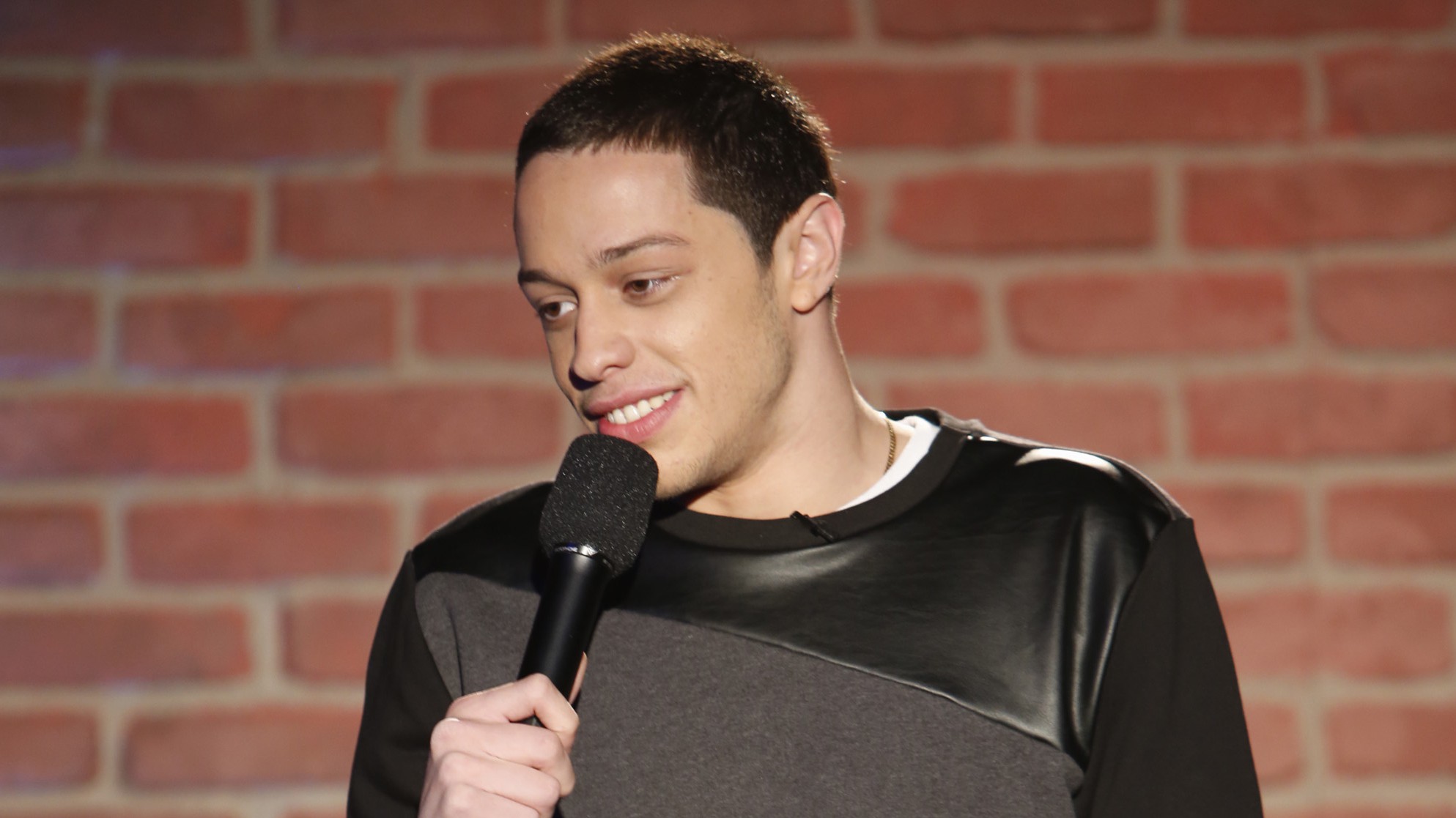 … New York stand-up Pete Davidson! Originally from Staten Island, Davidson is just 20 years old; that’d be one year older than Eddie Murphy when he made his debut, and two years younger than Jimmy Fallon at first curtain. Says Deadline, “Davidson started his career in comedy at 16, using it as a therapeutic outlet after losing his father, a New York City firefighter, on 9/11.” (He nods to his father, and his father’s company, here.) And just four years later, he’s on Saturday Night Live.

Sensibly, following last season’s bloated cast and its ensuing offseason purge, Davidson will be the only new featured member joining the cast. So if you’re keeping track at home, that’s Noël Wells, John Milhiser, Brooks Wheelan OUT by way of being fired; Mike O’Brien OUT by way of returning to the writers’ room from whence he came; Nasim Pedrad OUT by way of Fox’s Mulaney; and Michael Che, our new “Weekend Update” co-anchor, and young Petey definitely IN.

Davidson, who landed a holding deal with Fox after shining in a showcase, has guested on Brooklyn Nine-Nine and starred in a pilot, Sober Companion, that wasn’t picked up. He’s also done Kimmel, filling a solid five minutes with jokes about dorm-room boners and Rachel McAdams flying face-first through a car windshield.

And sometimes he tweets about marijuana usage.

When ya dealer asks you how that loud was pic.twitter.com/3nVnmKkcec

And here is the young man, in a photo snapped by his girlfriend, Girl Code’s Carly Aquilino, celebrating his recent good fortune with some artisanal breakfast options.