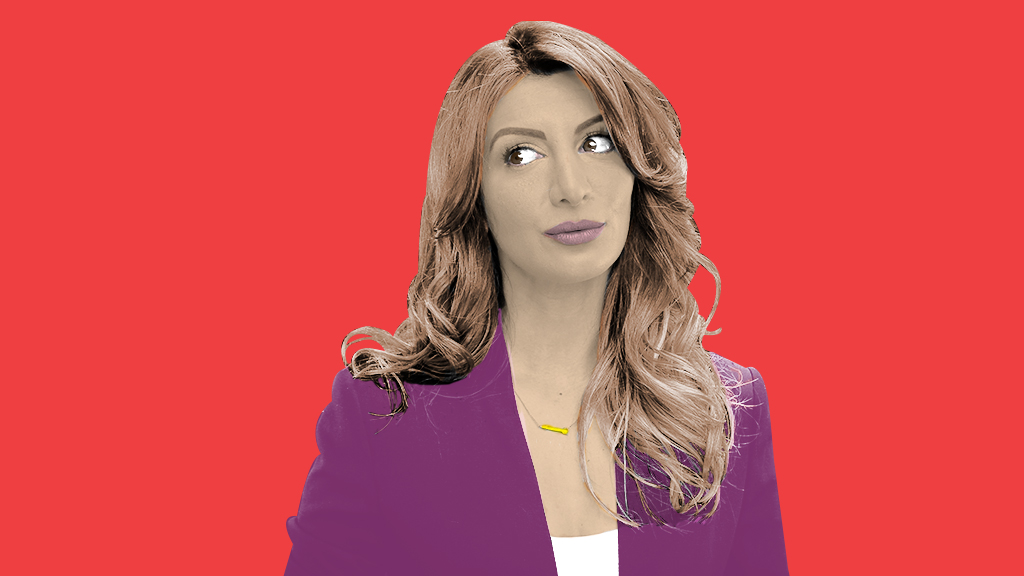 After five years as a cast member, Nasim Pedrad left Saturday Night Live this spring with as little fanfare or melodrama as possible. During her final week on the show, she went about her business as usual — nobody, Pedrad included, knew exactly when she’d be moving on. But she’d had ample time to prepare for her departure: For two years, she’d been in talks to join Mulaney, a new Fox sitcom helmed by ex-SNL writer John Mulaney that premieres in October. She’s graduated from SNL, where she was best known for her impressions of wide-ranging cultural icons (from Arianna Huffington to M.I.A. and Kim Kardashian), to play Mulaney’s mouthy roommate. It’s a change of pace, but there won’t be too much culture shock for Pedrad — Mulaney’s executive producer is none other than Lorne Michaels. We spoke about her early days on the show, the Kardashians, and her decision to leave.

You’re going directly from SNL to John Mulaney’s new show. Can you talk a little bit about the project?

Mulaney plays a stand-up comic who is living with two friends, Motif and Jane. I play Jane. He’s sort of figuring his way up through the entertainment industry. Jane has absolutely zero interest in comedy, and completely can’t wrap her head around why anyone would ever be a comedy groupie. She’s definitely the alpha of the apartment, and has no problem speaking her mind.

John told me he had written Jane with me in mind. From the moment I read it, I knew I wanted to be a part of the project. We’ve been through quite a few iterations, because the show first started out at NBC, and then it moved to Fox. It started a couple years ago.

So you’ve known you were going to be leaving for a long time.

When I first signed on to Mulaney, all I knew was that we were going to shoot a pilot. I never want to get ahead of myself with opportunities because in this industry, things can change so quickly. And as quickly as something can come together, it can fall apart or not get picked up. But one day we found out that Fox had ordered 16 episodes of the show, and it became clear to me that it would be virtually impossible to be on two TV shows at the same time. It made sense to leave SNL now.

I don’t think it’s ever easy to leave SNL, only because you know how special that place is. I certainly lucked out in that I had the opportunity to go and dive into a project also produced by Lorne Michaels. I certainly wouldn’t leave SNL for any project. But when Mulaney came to me with the show, I couldn’t pass it up. It kind of felt like a no-brainer.

Your relationship with SNL and Lorne must be pretty good, then.

Yeah … I mean, I owe everything to him. The fact that he continues, still, to help me pull off paying my rent every month is something I’m very grateful for.

Do you remember what the casting process was like for you five years ago?

At the time, I was in L.A., just auditioning and hoping to land a part, dramatic or comedic. I started to feel really stagnant, waiting for a part. I was also taking classes at UCB and Groundlings, and at the higher levels, they focus on writing. It was such a relief to be able to write. During those programs, I wrote a one-woman show called Me, Myself, and Iran, and it ended up getting to Tina Fey. She recommended me to audition for SNL, so I got my first of two auditions through her.

All they tell you when you find out you got the audition is, “You have five minutes.” It doesn’t get more detailed than that. You could do stand-up, you could do characters, you could do 20 impressions. There are no rules. I did about six different characters, including Kim Kardashian. It was 2009, and she just so happened to have become other-level famous that year, so it made sense to do her. I also did Charlyne Yi — my goal was to try to show some range. And then I got a second audition and a meeting one-on-one with Lorne Michaels in his office, which is, I think, so he can make sure you’re not crazy. 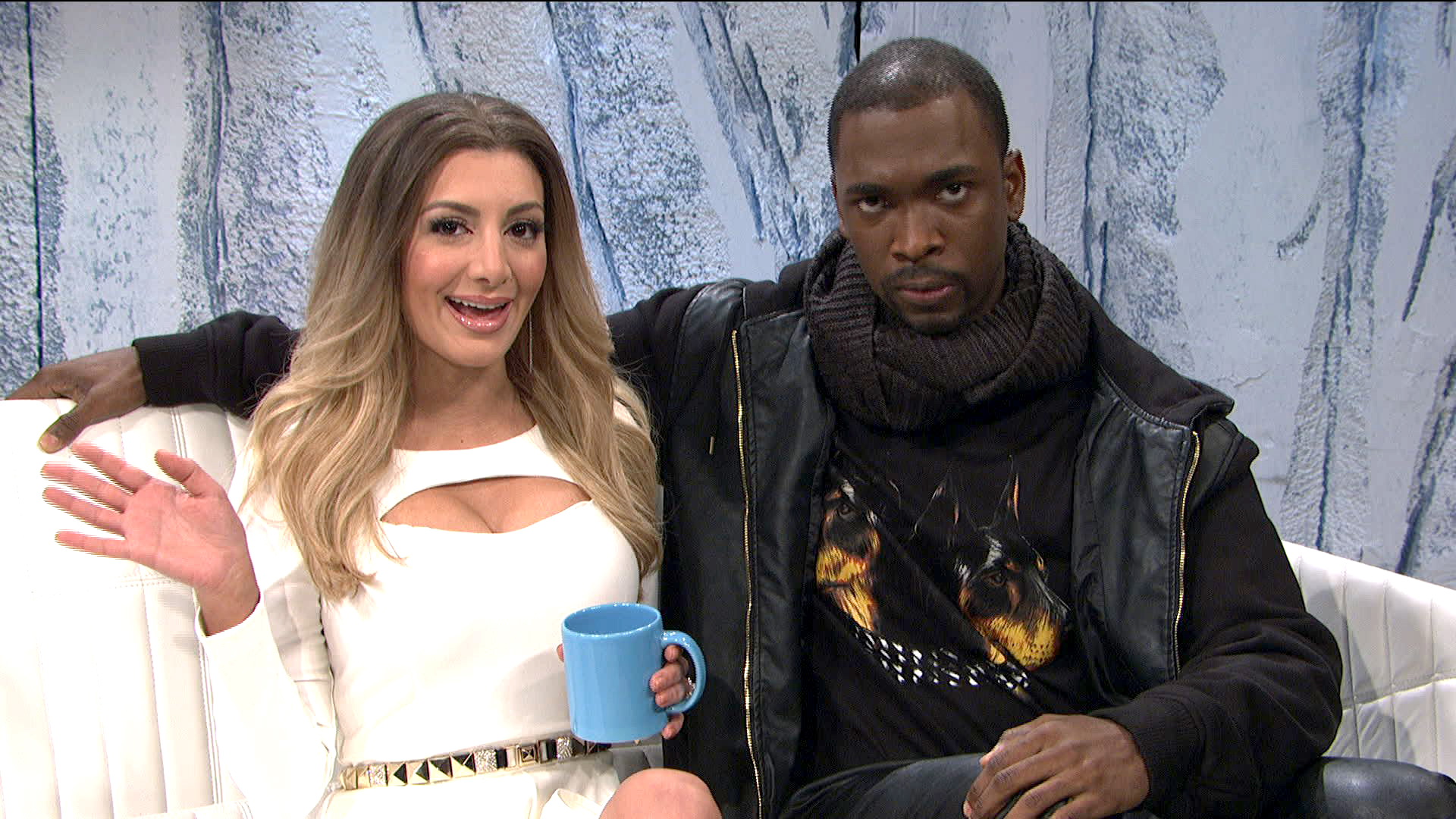 As an Iranian American, how did SNL factor into your upbringing?

I was born in Iran, and my parents did their best to speak to us in Farsi as often as they could when we were at home so we could grow up to be bilingual. I remember watching I Love Lucy and SNL, and leaning toward comedy as a kid. But I would watch those shows in an effort to understand American culture and assimilate, because I wasn’t necessarily getting as much of that from my parents as my American friends were. I have early memories of watching the show, and knowing that it was going to help me stay in the know, even in the years when I was too young to fully understand what the sketches were about.

You did so many pop-culture characters throughout your time on the show. Did you feel like your airtime was especially dependent on those people being newsworthy?

We all hope that we have opportunities to play people the public is talking about. And we’re learning about those opportunities as the audience is. There are times when a story will break on a Thursday, and the writers will scramble to write a cold open to address it. And sometimes it just comes down to, “OK, who would make the most sense to play this person?” We’re all keeping up with the news and looking for people to play.

Generally, getting an original character on is a little bit of a harder sell. There’s not a ton of real estate on the show to give every cast member a chance to do their own thing every episode.

Does that battle for real estate create tension in the cast?

Because of the pressure cooker of what it is, we all feel like we’re in the trenches together. And we have everything to gain by being supportive of each other. Taran Killam says that being on that show is like Survivor, and that’s really true in a lot of ways. [But] I don’t think there’s anything to gain from being anything but loving and supportive of your fellow cast members. You’re going through a really unique experience, and it’s a roller coaster — you could be in a bunch of sketches during dress rehearsal, and all of those sketches can be cut before air. It makes you very strong. You sort of feel like, If I can do this … and there are few jobs that are even that physically demanding.

It certainly does get easier the longer you’re there, and the more you get accustomed to the process. But I think, like a lot of people who’ve been on that show have said, you always feel like a guest there. That’s also what’s exciting — it forces you to not get lazy, and to be evolving and developing your voice, and finding ways to get your laughs.

Do you know if Kim Kardashian has seen your impression of her?

I can’t say for sure. I did meet the Kardashians at an event for E! once, and I do remember Khloe asking us, “Do we really sound like that?” That’s the closest I came to gauging their awareness of what we were doing on the show. I think we sort of giggled. I smiled and kind of nodded and walked away, but later explained that it’s so clearly an exaggerated version that has turned into its own thing. 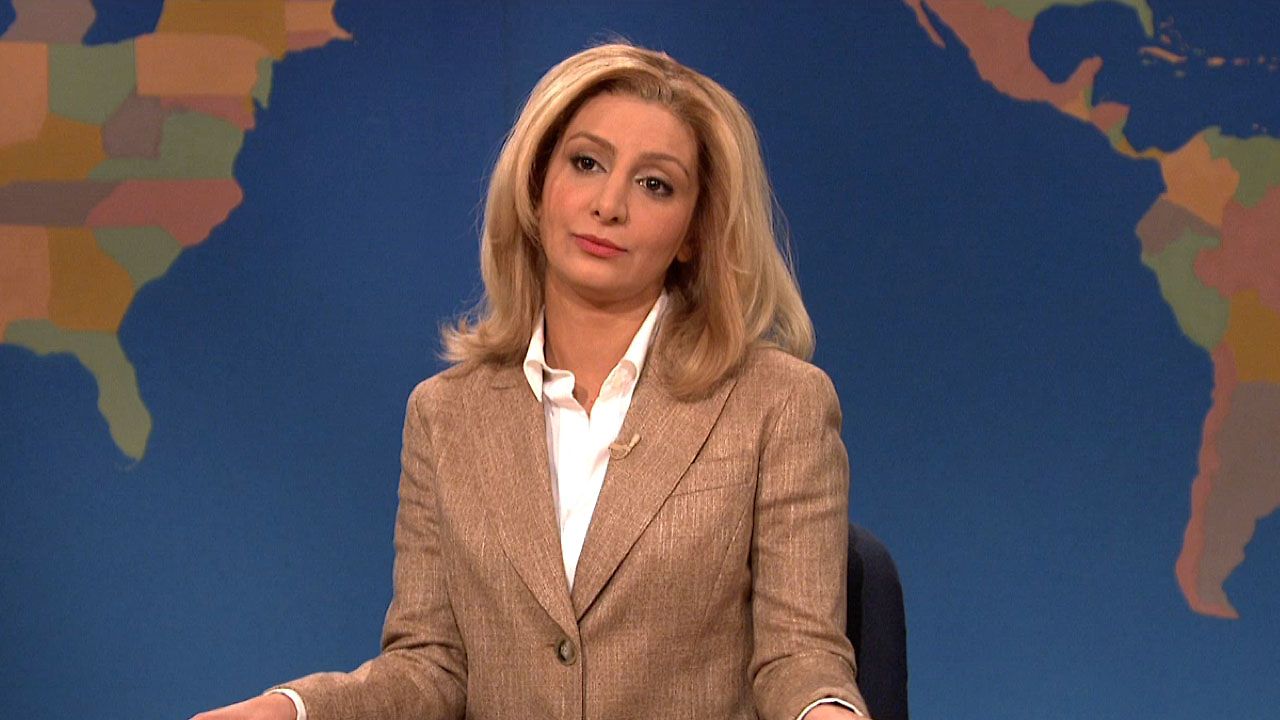 What sticks out as a highlight of your experience on the show?

Arianna Huffington was always really fun. And we knew she was kind of digging it, so we didn’t have to be scared of any backlash. I worked on those with John Mulaney — he wrote them. It was fun to cover the politics of that week through the eyes of a very articulate, bright, empowered woman.

There was definitely a funny moment I clocked during the Charlize Theron week. I played a character named Heshy, and the sketch really hinged on her and I simultaneously pulling off these dance moves to specific sound effects. She’s such a pro, and she really wanted to nail it down perfectly. So we would rehearse as much as we had time for. The moves were insane, and she was so committed to pulling them off. I was like, I can’t believe I have a job where I’m making Charlize Theron do this many pelvic thrusts to the sound of a cash register. Or walking down the hallway and seeing Lady Gaga sitting on the floor casually eating chicken nuggets.
[protected-iframe id=”4e20d37c63eaf857a48f95f8869ac8d7-60203239-755477″ info=”https://screen.yahoo.com/heshy-062626801.html?format=embed” width=”640″ height=”360″ frameborder=”0″ scrolling=”no”]

I’ll never forget my very first show. I had a card in my changing room from Kristen Wiig. It just had a heart on the inside, and she’d written “Have fun.” That always stayed with me.

What was your last week on the show like?

I didn’t know at the time that it would be my last show, because we hadn’t gotten the schedule for Mulaney yet. In retrospect, I’m very grateful I didn’t know. There would have been a lot of lingering in doorways and giving wistful glances to coworkers when they were trying to focus on a sketch. So it’s definitely for the best. I can tend to be very nostalgic. I went into it like any season finale, and had a blast.