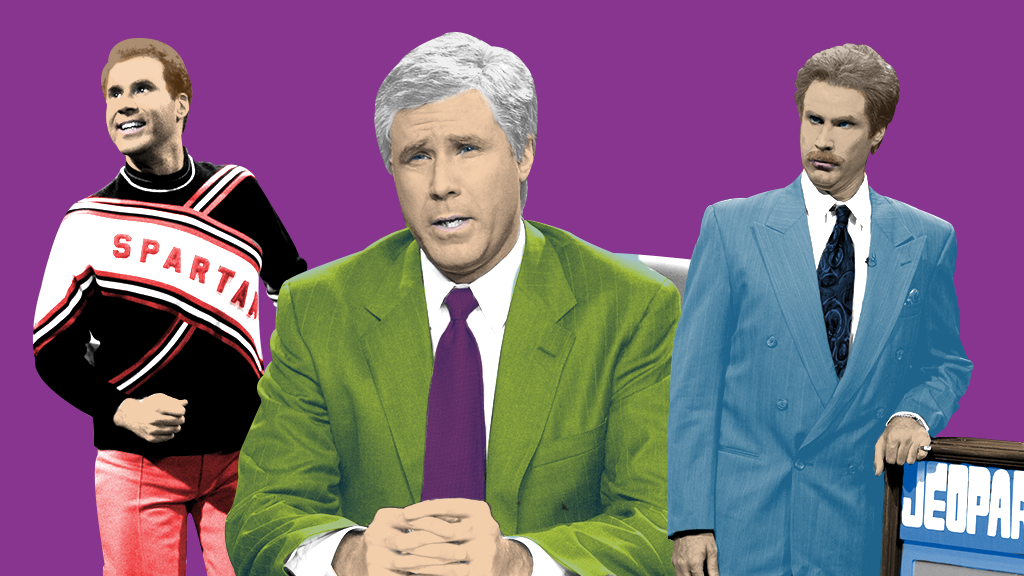 Saturday Night Live is a show that was born out of chaos, molded by it. Its backstage debauchery is legendary, the professional rigors that inspired said debauchery doubly so. Should it be a surprise, then, that the final result of our exhaustive, weeklong bracket to determine the greatest cast member of all time wound up being so … predictable?

Will Ferrell was the tournament favorite long before it began. He’s the rare class clown who’s also the class president. Out of the hundreds of talented funny people who have had their names shouted out by Don Pardo (R.I.P.!) over the past four decades, Ferrell was unique in both his charisma and his generosity. Sure, he mauled the screen as Robert Goulet and Gene Frenkle. But no SNL superstar ever passed the rock as eagerly and often as he did: sharing the hot tub with Rachel Dratch and Jimmy Fallon (and never big-timing the latter when Fallon’s giggles stepped all over a punch line), playing straight man to Darrell Hammond (himself the ultimate straight man!), shaking his pom-poms for Cheri Oteri, tickling the ivories for Ana Gasteyer. This is a man so outrageously gifted that he sold out a Broadway run on the back of an impression — and yet, in his first film, accepted equal billing with Chris Kattan. Ferrell was a glue guy but also a champion huffer. He won this thing easily, and it’s hard to argue he shouldn’t have.

Ferrell’s only real competition — and in the end, it wasn’t all that close — was Phil Hartman, a genius talent eulogized so well Wednesday on this very site by Bryan Curtis. Hartman, Curtis wrote, was blessed with “a kind of comedic graciousness, which he used to hide the show’s seams and to make other funny people look good.” Hartman’s brilliance was far more understated than Ferrell’s, which is a polite way of saying it was possible, on occasion, to tear your eyes away from him. (The former’s genius lay in the way he disappeared into parts. The latter can’t help but reveal everything.) But the two shared an inimitable ability to puff themselves up into hot-air balloon extremes of buffoonery while simultaneously puncturing the myth of the great American male. Just as Ferrell could have been a passable Unfrozen Caveman Lawyer, so, too, is it possible to imagine Hartman driving a Dodge Stratus. And though Hartman ultimately lacked the sheer volume of signature characters that Ferrell had — and was cruelly robbed of the post-SNL career he so richly deserved — the two are forever united by one simple fact: They made everyone around them and everything they touched better.

It’s this last point that I think helps explain their dominance throughout these seven days of contentious voting. I wrote Wednesday about how the unpredictability of the live broadcast is what makes SNL great and what makes it last. It’s also quite often the reason why it so often stumbles: a misread cue card, a botched stunt, a torn photo. All comedies require a leap of faith on the part of the audience, and that leap can feel considerably bigger after midnight. There are few things more painful on television than the long, slow death of an unfunny SNL sketch. String a few together, and pretty soon your living room begins to feel like Vegas and the remote control morphs into a pair of uncooperative dice. Just one more before bedtime — maybe give it until “Weekend Update”! And then Rob Schneider’s face fills the screen …

More than anything else, Will Ferrell and Phil Hartman were slump busters. The sight of them in a sketch allowed viewers to exhale. It was like seeing this guy boarding your plane: No matter how turbulent it got, you could at least be assured of a relatively safe landing. Incandescent rockets like Eddie Murphy, Chris Farley, and Kristen Wiig may have occasionally flown higher, but they could also crash and burn. (Even today, there are few more contentious words in the English language than “Gilly.”) Ferrell and Hartman never, ever wavered. They were deeply, intensely hilarious, but they were also, strangely, comforting. They didn’t tame the chaos that surrounded them so much as they absorbed it, making it safe, appealing, and palatable for two distinct generations.

Unwieldy, subjective, borderline-insane exercises in democracy such as our SNL bracket tend to favor the flashy and the recent. Not in this case. I think the voters got it right: Will Ferrell is the greatest Saturday Night Live cast member of all time, with Phil Hartman a close — but again, not too close — second. Even if we knew this to be true at the beginning, that doesn’t make it any less so at the end. To excel on SNL isn’t to be the funniest or the noisiest or smartest. It requires outsize talent, yes, and ambition to match. But it also requires grace, magnanimity, and a perverse sort of awareness: that even when you are carrying the show, the show is also molding and making you. (That one set of footprints in the sand? It belonged to Lorne Michaels. Or at least to his caddie.) No one star is bigger than Saturday Night Live. But Will Ferrell and Phil Hartman filled Studio 8H like no one else before or since. It’s been 12 and 20 years since they said their respective last good-nights. Yet even now, the show’s cowbell tolls for them.

Amazon’s Got Five New Pilots, Here’s How Much You Should Care About Them