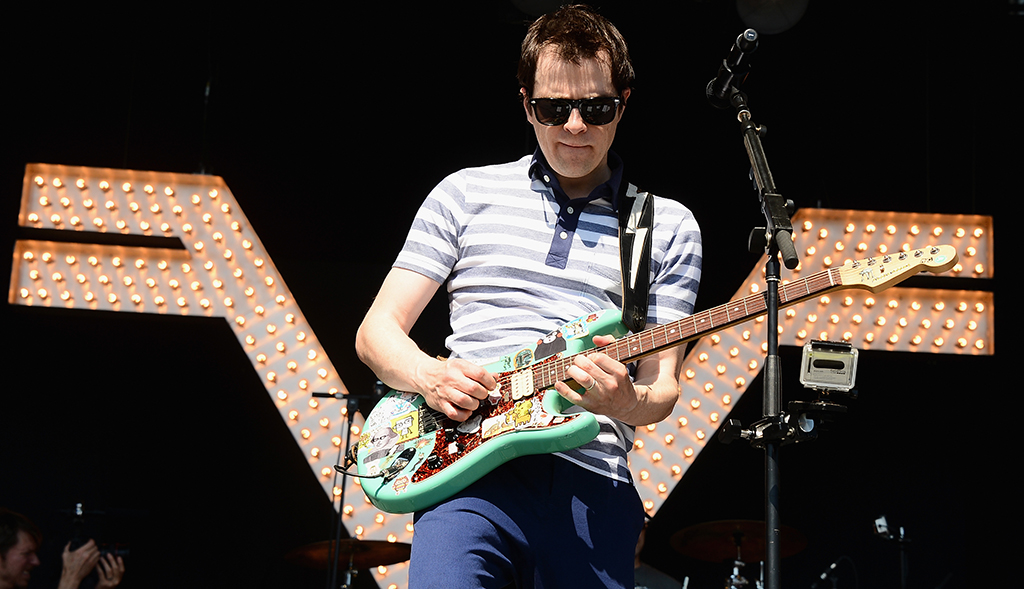 Good, because Fox is, too. Today the network ordered a pilot for DeTour, a single-camera project that “follows a 30-something rock star who, similar to [Rivers] Cuomo’s sabbatical at Harvard eight years ago, walks away from the spotlight at the height of his fame in an effort to capture the normal life he passed over to become a music success story.” The idea comes from Psych creator Steve Franks. Defamer’s already gotten a great start on casting the Cuomo-alike.

Netflix is paying $2 million per episode for NBC’s The Blacklist in what’s “believed to be the biggest subscription video-on-demand deal for a TV series.” There were 22 episodes in Season 1. Do the math.

Guardians of the Galaxy is “in some ways, is the best Marvel movie ever,” says Iron Man Downey Jr.

Saw’s returning to theaters for its 10th anniver$ary.

You know The Mindy Project? Shonda Rhimes will guest star on that one.

The first trailer for Jon Stewart’s Rosewater is here.

Didn’t think Underworld would make it out of the reboot industrial complex alive, didja?