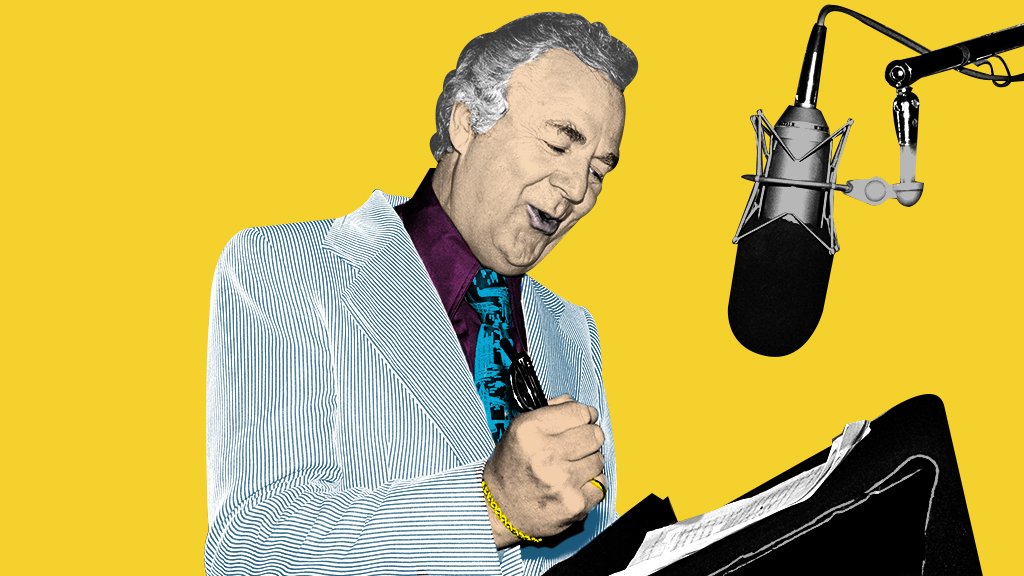 Don Pardo served as the announcer of Saturday Night Live from its debut on October 11, 1975, until the 39th season finale on May 17, 2014. He was the audible soul of SNL. After a performer would bellow, “Live from New York, it’s Saturday Night!” Pardo’s voice would sweep in, maintaining the high when announcing the cavalcade of cast members. Writers used him for comedic effect: Sketches spoofing television conventions tapped Pardo for a squeaky-clean, PSA effect. His vocals were so ingrained in SNL’s DNA that the ’80s saw sketches riffing on the announcer’s godliness. Despite attempts to retire over the years, Pardo, who died on Monday at the age of 96, remained a staple of the show for the rest of his life.

Save for a year break during the 1981-82 season, Pardo’s attendance rate was near immaculate. Before 2013, he missed only one show: Season 21, Episode 14. Elle Macpherson was the host and Sting was the musical guest. Pardo came down with laryngitis. But the show went on, with impressionist extraordinaire Darrell Hammond stepping up with his best Pardo. Looking back at the late announcer’s legacy, we spoke to Hammond about filling that big microphone:

Don’s passing breaks my heart, but I imagine for someone in the cast it might feel like even more of a loss.

I felt a little weepy myself. There’s something to be said of a really classy dude who you just dig and everyone digs them. He was as emblematic of the show as any I can think of.

The way the studio is set up, the mechanics of the show, did you wind up interacting much with Don during your time on there?

I used to see him walking around, warming up his voice. Out by the elevators they had a memorandum for NBC employees and I distinctly recall one day, he was reading one of them aloud, saying, “Sexual harassment seminaaaar!” The thing I recall most about him is that sometimes announcers put on a voice to be an announcer, but that was actually his voice. You could hear him making comments, over by the coffee going, “This coffee really bloooows!”

Do you remember hearing Don read your name for the first time?

I made a point of stopping what I was doing — at the time I was practicing doing Ted Koppel for my first show — and I made a point of leaving my dressing room for the dress rehearsal so I could hear him do it. Before they do the dress rehearsal, they rehearse the monologue with Don announcing. So that was the first time he said my name over the speakers. It was a big deal.

It doesn’t surprise me that you were the guy to fill in for Don when he missed a show because of laryngitis. But it’s sacred ground. It must have been scary.

If anything was sacred ground it would be that. I had a couple problems with it: The first is the strength of his voice. I remember one time I tried to do James Earl Jones and I coughed my way to apoplexy because his voice was so powerful. I could hit the notes properly, but I couldn’t assimilate the tones. The same with Don: His voice is so powerful it really wore my cords out. I remember seeing him the following week and I remember saying, “I don’t ever want to do that again because I almost blew my cords out, and I don’t want you to think that there’s anyone like you or a way to replace you.” I actually did it last year, four or five shows the season before last, and I didn’t take money for it. I didn’t want anyone to think, You’re the next guy in line. It was an homage to him, not being the replacement. And I did a version of him that sounded good enough that people accepted it and didn’t say, “Where the fuck is Don Pardo?”

Apparently you confused his sister-in-law.

She thought Don was at the top of his game. It made me feel pretty damn good. It was like the first time I heard Bill Clinton say my name. “He knows who I am.”

Did Don say anything to you?

He was in very good humor. “I oughta be taking tips from you!” I never have watched me on SNL. I never watch the clips because I never felt like I’d get what I wanted to get. But when I did Don Pardo and recorded it, I’d always go on the floor to hear my voice in those speakers to make sure I had gotten it, as much as I could get of it. I was pretty particular about it.

When there isn’t that much time to be particular, I imagine.

Having done so many impressions, can you put your finger on what made Don’s voice physically unique?

It was the music in his voice. The music and the power that makes someone stand out as the greatest announcer of all time. There are some damn good announcers out there. I think what made me a little weepy is that he lived life, to get the most out of this planet. He lived a beautiful life. A beautiful man — not replaceable.

Whose name was challenging or just plain fun to say in Don Pardo’s voice?

It was really fun to say “Cheri Oteri!” And “Will Ferrell!” You always wanted to sing in a band with a big band behind you and now you have the SNL orchestra behind you. You know you’re not a real singer, but it’s fun.

Would you ever come back to continue the Don homage in future seasons?

I would be honored and thrilled. That would be lovely.