And the Latest Entrant to the NBC Late-Night Succession Chatter Is … Alec Baldwin?! 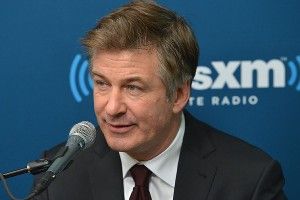 Last week, we here at Grantland spent an afternoon playing a guessing game. With Jimmy Fallon now confirmed to take over Jay Leno’s spot on The Tonight Show, who’d be in line to take Fallon’s spot on Late Night? An early consensus had formed around Seth Meyers, but history has taught us to expect the unexpected here (remember, they hired a Simpsons writer in 1993), and so a couple of other ideas were batted around. Leading things off was Bill Simmons picking Alec Baldwin.

As for Baldwin’s credentials for the gig, “He loves interviewing people, as evidenced by the fact that he launched a podcast last year even though he’s way too rich and successful to have a podcast. He has some legit comedy chops and can play different characters … He’s a blowhard who would love having a live audience for five hours a week. He’d tap into a different generation of connections/guests — Older Hollywood, basically — which would make him feel more like a complement to Fallon than a threat … He’d have a show that felt much different than Fallon’s show (a crucial wrinkle). And most important, everyone would hear that Alec Baldwin is getting 12:35 and scream, “ALEC BALDWIN? WHAT THE FUCK???????”

Fast forward to Tuesday afternoon and … Baldwin is being talked about as a possible NBC late-night host?! Well, not so fast: The New York Times speculates that Baldwin is, at least right now, not a contender for Late Night but for Last Call, the wee-hours half-hour show hosted by Carson Daly. The paper of record points to Baldwin’s interview-series podcast, which often moves locations, noting that “(t)he advantage of hosting a similar show for television would be that Mr. Baldwin could record several interviews in a single day and leave his schedule open to perform as an actor.” But now that Baldwin’s name is floating in the NBC ether, who knows where he’ll actually end up?

And as we go on about the rest of our day, we try and remember one thing: Holy crap, Carson Daly still has a late-night show?

Letterman Dares to Mess With the Lohan