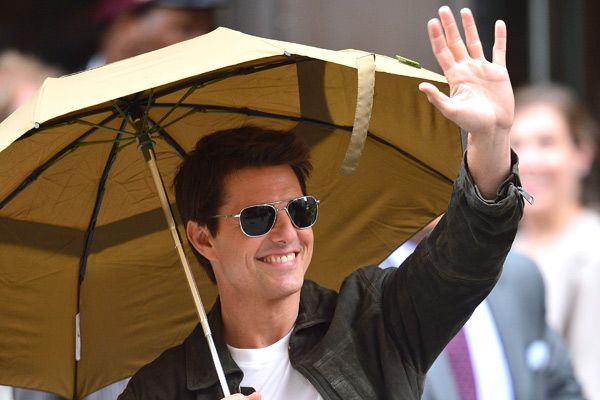 I still haven’t forgiven my family for not interrupting my labor to tell me that Katie Holmes and Tom Cruise had separated. I thought they were timing my contractions with their iPhones, but they were totally checking TMZ. Thanks for leaving me out of that experience, guys, you’re the best. Just kidding, you’re the worst. I wouldn’t have needed the epidural if I’d had the ultimate tabloid distraction. Traitors! Tom Cruise has just broken his silence about the divorce while promoting Oblivion, calling life “a tragicomedy” and confirming that he “didn’t expect it.” He also used the time post-split “to reflect” and, presumably, to cut loose with his thetan friends. “LOL as they say.”

And the Latest Entrant to the NBC Late-Night Succession Chatter Is ... Alec Baldwin?!