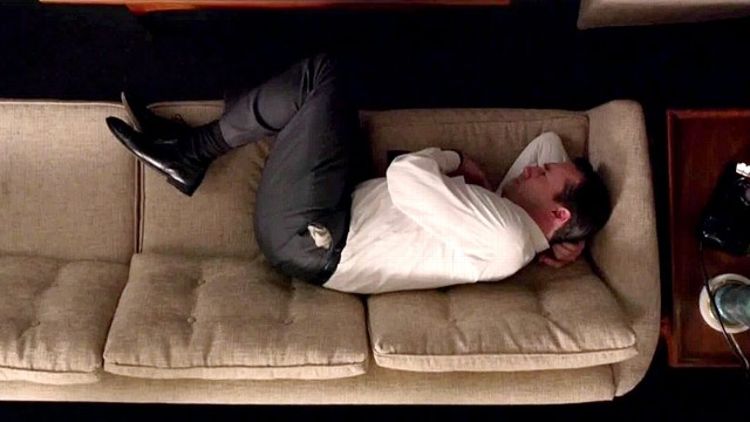 Hey, we all like Mad Men, right? Last show of TV’s Golden Age Mad Men? Moody, impressionistic drama about people refusing to change and shuffling apathetically toward death Mad Men? Yeah, that one! How do you feel about two more years of Mad Men? Something like “AMC, you lazy, greedy sons of tricks, what are you trying to do to us”? OK, great, glad we’re still on the same page!

The cable channel announced today that Mad Men will be getting the same treatment as its other golden child, splitting up its seventh and final season into two seven-episode mini seasons. “This approach has worked well for many programs across multiple networks, and, most recently for us with Breaking Bad, which attracted nearly double the number of viewers to its second-half premiere than had watched any previous episode,” said AMC president Charlie Collier. “We are determined to bring Mad Men a similar showcase.” DETERMINED! You can practically feel the premature-withdrawal shakes from here!

The idea here is probably to allow more time for new fans to get onboard the Sterling Cooper Sadness Train via Netflix in the offseason, which is what is said to account for Breaking Bad’s record numbers. But AMC seems to be forgetting that everyone already had a huge window during which to get caught up called, I DON’T KNOW, ALL OF 2011. If the year-and-a-half window between Seasons 4 and 5 didn’t afford enough time for people to find and fall in love with the show, what’s two more years? Maybe part of the blame has to do with the fact that Mad Men is a frequently punishing, elliptical show with a pretty narrow appeal and the idea of binge-watching four seasons of emotionally stunted binge-drinking doesn’t necessarily sound like fun to the majority of the viewing public? Breaking Bad may, as of this week, be the biggest bummer on television, but its middle seasons were far more broadly appealing and hooky, and served as stickier traps to draw new fans in for these final, torturous hours.

This development comes on the heels of AMC’s announcement of plans for a Walking Dead spin-off show in 2015, so it appears its core programming strategy comes courtesy of Rick Astley. And what does Matthew Weiner, senior Weiner of the show, think of all this? “We plan to take advantage of this chance to have a more elaborate story told in two parts, which can resonate a little bit longer in the minds of our audience,” he said. “The writers, cast and other artists welcome this unique manner of ending this unique experience.” Good ol’ Matty, always out there in the trenches, creating unique experiences for me. Two more years of resonance! Can’t wait.