Afternoon Links: Lindsay Lohan Is Ready for Her Share of the GTA V Money Now 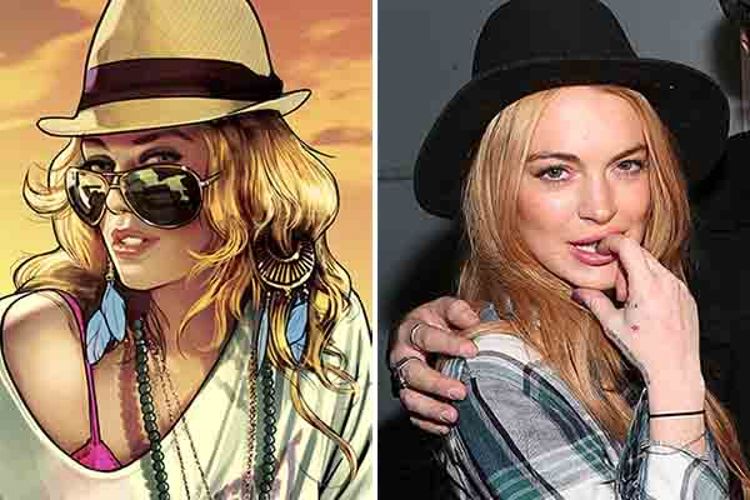 It appears Lindsay Lohan finds a similarity between herself and one or more blondes portrayed in Grand Theft Auto V. TMZ writes that LiLo is taking legal action over parts of the game that she feels appropriate her persona — quests like helping a starlet escape the paparazzi and photographing another starlet having sex at the Chateau Marmont. GTA V made $1 billion within its first three days in stores; I like to imagine that Lohan has a crack team of lawyers always watching out for opportunities like this.

Fasten your seat belts and make an optometrist’s appointment for the first week of January: List season is upon us. Let’s begin with Spin’s 50 Best Albums of 2013. At the top: Yeezus, Chance the Rapper’s Acid Rap (yes!), Vampire Weekend, and Haim. At the very bottom, back where he started: Drake.

The Walking Dead will be back on February 9. (And the midseason finale pulled 12.1 million viewers.)

Fans of Orange Is the New Black and Christmas music: Danielle Brooks and Uzo Aduba created something magical for you. [h/t]

Barbara Walters’s final Most Fascinating People list of her career is as safe and boring as all the rest.

J.J. Abrams on Star Trek Into Darkness’s Khan sneakeroo: “The truth is I think it probably would have been smarter just to say upfront ‘This is who it is.’ I can understand [the studio’s] argument to try to keep that quiet, but I do wonder if it would have seemed a little bit less like an attempt at deception if we had just come out with it.”

Britney Spears on her gay fan base: “They’re somewhat girls, so it’s so inspiring to—” Lemme stop you right there, Brit.

(A) Deadline would make a great thriller title, (b) sometimes the blogosphere can indeed become a terrordome, and (c) yes, Nikki Finke does dig this parody.

Behold, 4,500 words from the mouth of Joseph Jonas. Among the words: Miley Cyrus smoked him up for the first time, and he probably lost his virginity to Ashley Greene.

There are plans for the Virginia Theatre in Champaign, Illinois — home of Ebertfest — to receive a Roger Ebert statue.

And in case you missed it over the long, sleepy weekend: Three new J.D. Salinger stories hit the web.