After 22 Years, All of Judd Apatow’s Simpsons Dreams Are Coming True 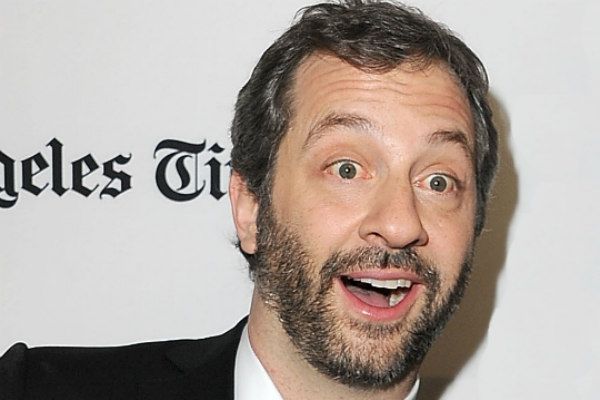 First: Conan O’Brien has a web show called Serious Jibber Jabber, which borrows both Charlie Rose’s long-form interview structure and the black nether space in which Charlie Rose shoots his show. (Did you know this? I did not know this.) Second: Judd Apatow was recently on this show and, along with telling Conan all sorts of other things (the interview, below, runs over an hour), Judd revealed a curious little detail. See, 22 years ago, back when Apatow was a wide-eyed nobody in this biz, he wrote a spec script for The Simpsons. Nothing happened with it, and it sat on a shelf as Apatow hustled and fought and failed, before finally becoming the comedy guru we know and love today. And now that Simpsons script is actually going to be made into an episode. Well, this is delightful.

As EW reports, “In Apatow’s installment, written shortly after the show’s launch, Homer is hypnotized into thinking that he’s 10 years old again and winds up as best friends with Bart.” And how it all happened is that Al Jean, the executive producer of the show, read about Apatow discussing his script at a This Is 40 screening, and “I thought, ‘Well, we’re always looking for good shows and good writers’ … I sent word to him: ‘If you’re interested, we’ll buy it.’ I think he had to find it — it was in one of his boxes.” Apatow hasn’t yet delivered the script, and so the process isn’t quite under way (Jean says Apatow is welcome to “have a hand in the rewrite”), but it is slotted for next season. Adds Al: “For people who want to know how to write a freelance Simpsons episode: Just do it, then have a mega-million-dollar movie career and we’ll buy the spec.”

OK, which now-successful Hollywood type wants to unveil a spec script from the fallow days next? Aaron Sorkin, do you have a Law & Order tucked away somewhere? David Simon, perhaps you have a South Park you’d like to dust off? Matthew Weiner, maybe a Suddenly Susan spec that’d work as the long-clamored-for reunion episode?

Filed Under: Conan O'Brien, Judd Apatow, The Simpsons, This Is 40