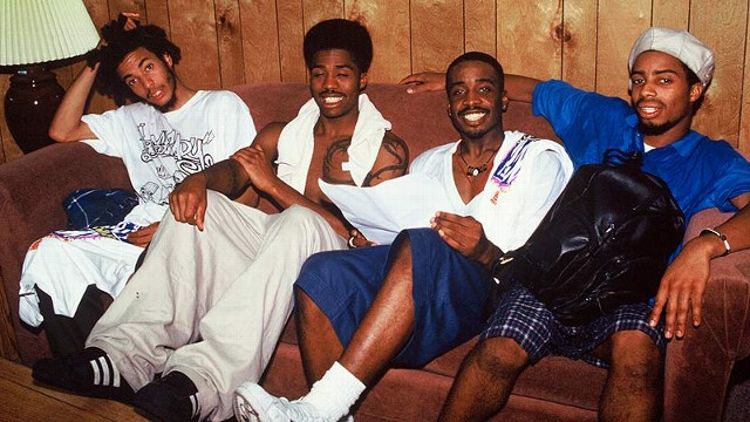 There are, officially, four Pharcyde albums. But I’m going to follow in the footsteps of an old college friend of mine who liked to deny the existence of a third Godfather movie (“It would have been terrible — I mean, imagine if Winona Ryder had dropped out, forcing them to cast Sofia Coppola as Pacino’s daughter?”) and say there are really only two: 1995’s Labcabincalifornia and its predecessor, 1992’s Bizarre Ride II the Pharcyde, the group’s debut album, released 20 years ago this week. (If you heard it around that time, please take this opportunity to contemplate the alarming speed with which you’re hurtling toward the grave. This is going to keep happening. Midnight Marauders and Enter the Wu-Tang both turn 20 next year; our commemoration-mad culture will not let you forget it. Deep breath.)

Bizarre Ride came out within a month of the most epoch-defining L.A. rap album of all time, Dr. Dre’s solo debut The Chronic. It’s convenient and tempting to view these albums, created in the same riot-torn city around the same time, as two sides of a coin — the hedonistic/nihilistic blockbuster that converted gangsta rap into a pop master-narrative and the goofball-surreal cult record whose self-deprecating sense of humor and no-joke songcraft poked holes in that narrative. The problem with that binary is that Bizarre Ride doesn’t really have much to say about gangsta hegemony; when Fatlip, Imani, Bootie Brown, and Slimkid3 take satirical aim at their context, it’s usually to mock the self-righteous solemnity of so-called “conscious” rap. Hence the voice insisting “We need some brothers to be, like, droppin’ knowledge and writing good stuff” before “Ya Mama,” a demented dozens routine (“Ya mama got snakeskin teeth!”) complete with four-part barbershop harmony.

Which isn’t to say it’s not a deep record — it’s just a record that wears its depth lightly, couching it in gags and a multitude of weird voices and ball-busting autocritique. (“If Magic can admit he got AIDS, fuck it, I got herpes,” Fatlip says, and everybody groans — over the line!) The almost-hit-single “Passin’ Me By” (which, according to legend, lost its shot at daytime MTV rotation to Onyx’s “Slam,” effectively kneecapping the group’s commercial potential) stands out most clearly as a foundational text for modern nerd-rap of all stripes, but the whole record operates in previously uncharted territory, foregoing both tough-guy posturing and didacticism in favor of honesty. It’s about hormonal mischief and formative heartbreak, the mistakes these guys have made and the mistakes they’ll make again, and the fact that it’s one of the funniest-on-purpose rap albums ever made never quite overshadows its precocious intelligence.

They swallow their jitters and pledge their troth to the muse “Rhymealinda,” they repurpose Public Enemy’s “Black Steel in the Hour of Chaos” as an ode to riding dirty (“I got a letter from the DMV the other day …”), they quote Fred Sanford and Richard Pryor, they freak out like mad Muppets when their weed guy says he’s en route, they pine for girls sincerely and prank-call them obscenely (on “4 Better or 4 Worse,” in which Fatlip’s ad-libbed Patrick Bateman speech basically invents Odd Future), and when it all gets too intense, they escape — into a cloud of smoke, or to the bathroom with a handful of cocoa butter. It’s Fatlip — the last guy to join the group — who emerges as the first-among-equals star by virtue of being the biggest ham, but the record still feels like a conversation between four distinctive voices, four distinct perspectives; five, if you count producer Juan “J-Swift” Martinez’s swirlingly busy jazz-soul backing tracks, and you should.

There were already signs that it wouldn’t last. Delicious Vinyl co-founder Mike Ross, in Brian Coleman’s book Check the Technique, on why a song called “My Man” didn’t make the record: “J-Swift and Tre were fighting, and Fatlip had some beef about something, so I just figured that it was best to just finish the album up before they all killed each other.” Martinez was estranged from the group by the time the record was released; he subsequently slipped into crack addiction, wound up homeless, and spent time in jail. The original Pharcyde lineup made the doleful, disillusioned Labcabincalifornia — featuring some masterful production by a young J Dilla — then splintered. Fatlip struggled with substance-abuse issues of his own, lived to make the best hip-hop song ever written about failure, and confused a Laugh Factory audience by telling a joke that wasn’t really a joke — still upending expectations, even after all these years.

And the Writers for Star Wars VIII and IX Are ...