And the Writers for Star Wars VIII and IX Are … 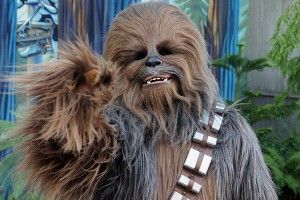 Lawrence Kasdan and Simon Kinberg! Congratulations, you two. You now join Michael Arndt, who’s writing Episode VII, as the brains behind the new Star Wars trilogy, and therefore the possible architects of either a glorious redemption of the franchise, or a continued deterioration that will crush the souls of millions of obsessives, young and old alike. No pressure!

THR reports that Kasdan and Kinberg have “closed deals to write installments of the new Star Wars trilogy … The pair will write either Episode VIII or Episode IX — their exact division of responsibilities is yet to be determined — and also will come aboard to produce the films.” Kinberg is the younger of the duo, and has had a productive, if spotty, career so far. On the one hand, Mr. and Mrs. Smith; on the other, Jumper, the Guy Ritchie Sherlock Holmes, the Brett Ratner X-Men and — whoo-hoo! — xXx: State of the Union. And he’s currently working on X-Men: Days of Future Past, the sequel to the franchise-reviving prequel X-Men: First Class. Kasdan’s name you’ll probably remember being associated with a more storied sliver of film history: Namely, the original Star Wars. He co-wrote Empire and Jedi, and stayed in the Lucasfilm fold for Raiders of the Lost Ark. He went on to write and direct a bunch, including The Big Chill, Silverado, and The Bodyguard, but had engaged in nearly a decade of inactivity until this year’s Darling Companion, in which Kevin Kline and Diane Keaton lose a dog.

So: You could certainly quibble with the selections of both Kasdan and Kinberg, for any number of reasons (distance from peak years for the former, proximity to Vin Diesel for the latter). But is there really anyone out there whose hiring would have made us swell with confidence? The big names bandied about (Brad Bird, J.J. Abrams … ) have politely suggested they’d rather chop off a limb than attempt to pull this off; even if Disney had nabbed a star writer or director by now, though, there’d still be enough reasons to doubt his or her ability in this particular realm. The good news, then, isn’t necessarily whom Disney hired, but that they are hiring, and are marching forward, with military precision, on the aforementioned release schedule. All outward signs suggest this won’t be any tortured years-in-the-making production. We’re gonna get our new Star Wars trilogy as promised, and on time. And then, once the flicks are in the theaters, and if we still feel like it then, we can talk all day long about how much Simon Kinberg sucks. I promise.

Learning Gratitude in a Post-#RihannaPlane World