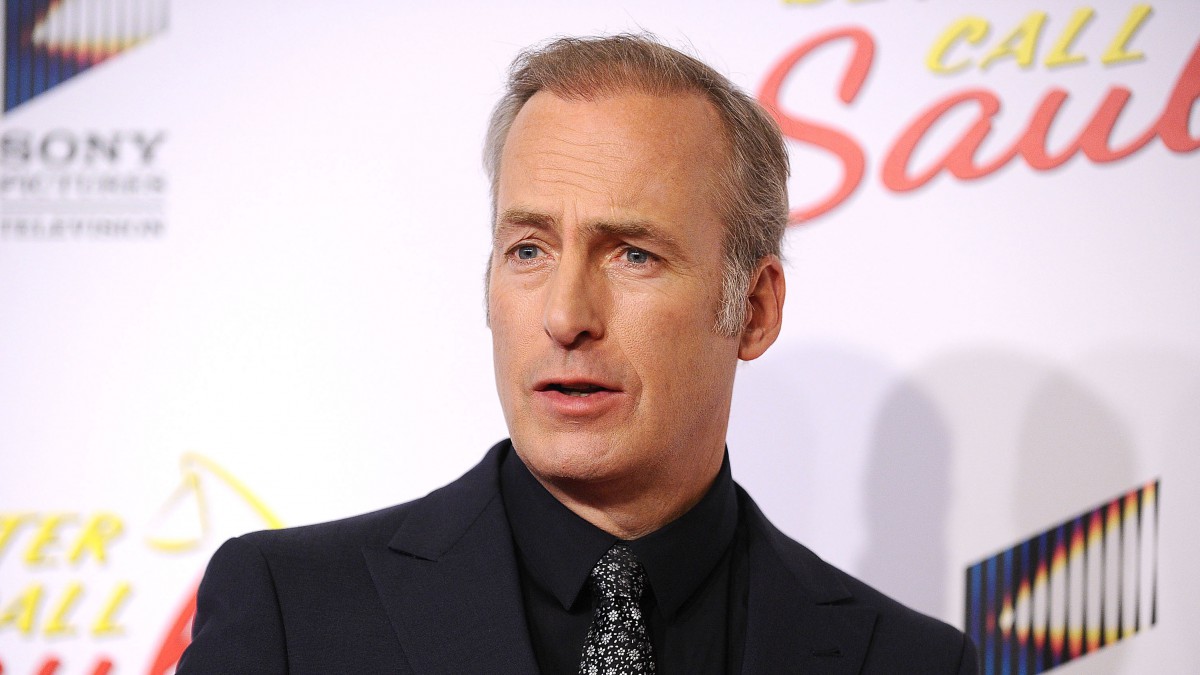 As Better Call Saul gears up to launch on AMC on Sunday, three words likely to sow dread in Vince Gilligan and his cohorts’ hearts are Beverly Hills Buntz. Starring Dennis Franz, who went on to better things on NYPD Blue — and cocreated by David Milch, who did the same with not only Blue but Deadwood — NBC’s let’s-get-wacko try at a spinoff from Hill Street Blues limped through just nine episodes out of 13 filmed before winding up as one of the 1987-88 season’s more memorable flops. In the Bad Ideas Hall of Fame, Buntz wasn’t at Olympian heights like After M*A*S*H, but that isn’t a whole lot to brag about.

Dinosaur stuff, right? Exactly — because a jewel box cable series like Breaking Bad going theme-park on us seems like such a throwback. David Chase would sooner have eaten nails than follow up The Sopranos with The Adventures of Paulie Walnuts, but Better Call Saul’s existence effectively serves notice that our Golden Age of Cable is mimicking McDonald’s Golden Arches as it runs short on innovation. If zeitgeist-challenged white guys with a case of the snarlies still tilt your TV kilt, there’s always John McCain. AMC has enough confidence in Gilligan’s creative huevos to have green-lit two seasons in advance, but the channel’s larder is also looking awfully bare of anything except zombie food once Mad Men — which these days could pretty much swap titles with The Walking Dead anyway — finally shuffles off this mortal coil.

That won’t stop Breaking Bad addicts from expecting Better Call Saul to be the Greatest Series Ever since the Greatest Series Ever, which is Gilligan & Co.’s self-imposed and maybe can’t-win bind. A prequel that’s just pretty good schlock won’t cut it; people who complain that urban elites are irreligious are overlooking how we feel about our TV shows. No wonder star Bob Odenkirk — not normally a guy who seems overwhelmed by responsibility — has begun fretting in interviews about his prospects of drowning in contumely as the dude who frittered away Walter White’s (and Jesse’s! Hank’s! Gus Fring’s!) mighty legacy.

A burdened Odenkirk somehow says it all about cable’s “Now what?” creative crossroads. Never Mr. Go For Broke, he’s spent almost three decades larking it up in the shallows of cutting-edge TV without ever being the one who gets knocked. Yet here he is, headlining the saga of how Saul Goodman became Saul Goodman, with enough inherited prestige on the line that his glibness — which always used to be his ace in the hole — risks looking frivolous. And that’s too bad, because if anyone’s career makes a case for the upside of inconsequentiality, his does. 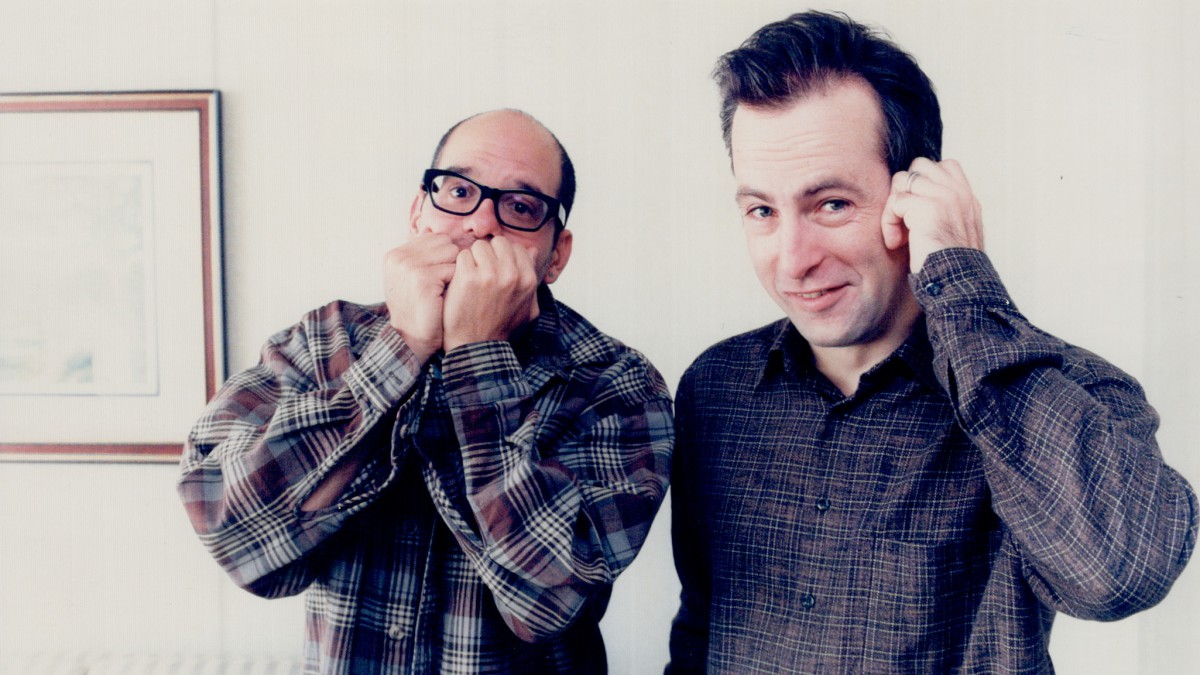 Unless his stint as Walt’s mouthpiece has turned him delusional, he’d probably be the first to concede that Daniel Day-Lewis he ain’t. Combining the profile of an ill-used Kevin Costner with a voice made for mansplaining, he’s a lampoon artist with a waggish specialty — motormouthed, proudly fatuous modern dickwads — and that’s what he initially got hired for on Breaking Bad. He graduated from comedy-relief guest star to series regular three seasons in, and even that much prominence was at odds with most of his CV. If anything, Odenkirk is practically a born guest star: the hipoisie’s answer to Zelig. For him to end up identified with a signature role, let alone one this defining, is the equivalent of a roué discovering till-death-do-us-part after a lifetime of speed dating.

For most of his career, acting wasn’t even his passion. It was more like a sideline, or stunt, that got out of hand, even though Odenkirk has popped up over the years on everything from Roseanne to Entourage. After cutting his teeth as a college-radio DJ with a taste for inventing sketch characters, he got his foot in the door as a comedy writer — for Saturday Night Live and Late Night With Conan O’Brien, most notably — and while he never took a writing credit on Breaking Bad, how much that reflects reality is anybody’s guess; I can’t be the only one to notice how often Saul’s raps were in a different key from the rest of the show’s dialogue. He does keep his hand in elsewhere, though — most recently, with A Load of Hooey, a collection of jokey riffs about not much that McSweeney’s put out late last year.

Compared to the Hollywood heavyweights who can barely make a creative decision without imagining they’re Napoleon invading Russia, Odenkirk’s instinct for staying trifling and feckless — just a dabbler who got lucky, folks! — looks both attractive and shrewd. But he sure does get lucky a lot. Without any master plan I can see except avoiding a job in telemarketing, he managed to be pretty much there at the creation of ’90s boutique TV — on The Ben Stiller Show, The Larry Sanders Show, and then Mr. Show With Bob and David, the cult HBO skit series he dreamed up with fellow Stiller alum David Cross. Somehow, without ever being The Guy — and just as well, since The Guy’s identity keeps changing — Odenkirk has flitted through the medium’s whole transition from lowest common denominator to niche-programming puckishness to Shakespeare’s competition; and just Google “Vince Gilligan” and “Shakespeare” if you think I invented that hyperbole.

What he has actually contributed to the shift is elusive, which isn’t inappropriate. Yet he may be getting his moment just as audience taste finally moves on, which isn’t inappropriate either. What’s most interesting about Odenkirk’s vibe is the way he comes off callow and curdled at once. But that may be par for the course for white pranksters his age. Now 52, he’s a member of the original air-quote generation — the Letterman-weaned, Reagan-era demographic for whom cynicism all but predated any experiences to get cynical about — and originality has never been his calling card.

Avoiding getting himself taken too seriously, on the other hand, has been. When it comes to taking Odenkirk’s measure as an actor — a test he has largely managed to shrug off until now, mainly because very little has ever been riding on it — let’s not forget that what he’s usually gotten hired to do is damn near the opposite of what Daniel Day-Lewis gets hired to do. It’s axiomatic that actors are better off not incorporating their opinion of a character into a performance, but Odenkirk is a walking op-ed. Projecting a snide judgment of someone else’s personality at the same time you’re evoking it is the parodist’s trade, and early in his Mr. Show days, he often overdid the semaphoring. That’s why Cross, who was slyer about internalizing the clods he spoofed, often got bigger laughs.

He did get better, though. (It seems like a very Odenkirkian sort of breakthrough that one of his best-loved Mr. Show sketches — in which he played a trembling, pop-eyed pet iguana named Sulu — may have been the first time a routine of his conveyed, of all things, empathy.) Once Gilligan got around to giving Saul Goodman a tiny moral compass of his own, Odenkirk wasn’t inadequate at adding rue and bitterness to Saul’s verbal high jinks. Yet even though he’s done perfectly OK in straight dramatic parts — as the son in Nebraska, most memorably — he’s just not all that interesting minus his parodic impulses. Or hasn’t been so far, because that undercurrent of bitterness, which clearly got Alexander Payne’s attention, is something he might try sticking front-and-center one of these days.

In his cutup mode, Odenkirk’s shtick boils down to telling us that everybody’s in showbiz — not the world’s freshest perception (see: Shakespeare, William), but a sturdy one. Breaking Bad was no exception to the truism that TV shows and movies are always, at some level, about the industry itself, starting with how Walt’s turn to the dark side mimicked Gilligan’s own escape from broadcast TV’s restrictions to cable’s anything-goes amorality. While Gilligan was subtler than David Chase when it came to sneaking in ways of venting about his own milieu — Michael Imperioli’s Christopher turning screenwriter was never my favorite Sopranos plot twist — Saul Goodman was so obviously a spin on Odenkirk’s prior role as agent Stevie Grant on The Larry Sanders Show that BB’s bleakly existential Albuquerque practically turned into a black-comedy outpost of Century City every time he showed up. Odenkirk himself has said that he got Saul’s distinctive speech patterns from onetime Paramount head Robert Evans, which just goes to underline the character’s inside-baseball origins.

As far as Saul’s new lease on life goes, it’s telling that Gilligan and his team reportedly dithered early on over whether Better Call Saul would work better as a half-hour comedy or a one-hour drama. They went with drama, but it would be interesting to know what Odenkirk’s own preference was. He’s generally smart about what he’s good at, or maybe I mean good for, and he was effective on Breaking Bad partly because he rarely had more than a couple of scenes per episode — enough to juice things up, but not to outwear Saul’s welcome.

Personally, going sitcom with him would have whetted my appetite more. But that’s just one more of the gazillion or so reasons I’m not Vince Gilligan. Given the parent show’s reputation, a change in tone that drastic would have been likely to irritate a fan base that swears by Breaking Bad’s profundity, which just goes to show the bind that Gilligan and cable’s other creative behemoths are in: They can’t do anything trivial. Since I’ve gotten downright nostalgic for trivial TV — buy me a drink and I’ll happily annoy you by explaining all the ways The Real Housewives of New Jersey improves on The Sopranos — I’m hoping Odenkirk dodges the Solemnity Cloak to go off and be blithe another day. What if we all end up finding out that he was more valuable when he was unimportant?