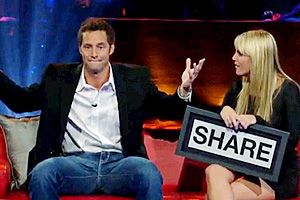 It is with heavy heart and churning stomach that we pass along the most gut-punchingly tragic development of the 2013 television season: Bachelor Pad will not be returning this summer for an expected fourth cycle of booze-guzzling, hot tub–tainting, trust-obliterating shenanigans.

The news, since confirmed by a bummed-out EW, was first delivered not with a bang, but with a whimper by Mike Fleiss, the mastermind behind the The Bachelor family of reality TV products:

“@okatie: @fleissmeister when is the next Bachelor Pad gonna be?” Not happening this summer…

That The Bachelorette, fresh off the After the Final Rose announcement that jilted bridal stylist Des Hartsock is our next ForeverLove hopeful, is already dating is no consolation for Pad fans, who now are living in a world where other recent rejectees like AshLee and Lindsay will be denied their chance at televised revenge as Sean Lowe’s temporary engagement to Catherine slowly dissipates across three months’ worth of Us Weekly covers. Try not to weep and/or hurl a rose-festooned cinder block through your TV as you think about the possibility of never getting to watch as reckless upstart Tierra, believing herself protected from harm by her sparkle, charges headlong into an Erica/Jaclyn alliance and is torn limb from limb by the battle-hardened veterans.

This is not a happy day. And there’s nothing to do but hope that ABC comes to its senses and relaunches the Pad before it’s too late.