Aaron Sorkin Has Some News 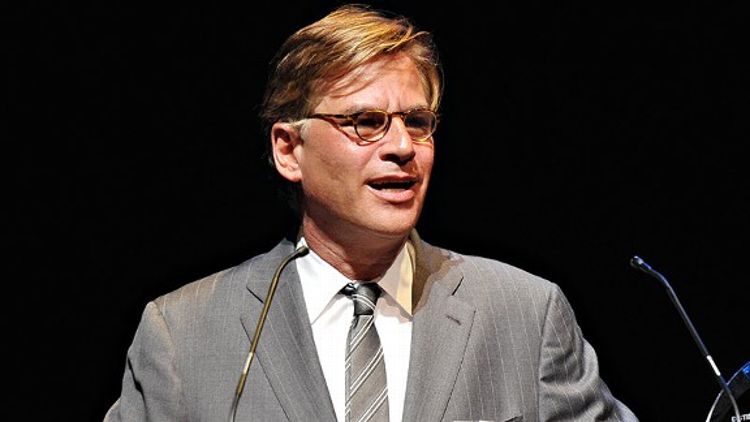 Aaron Sorkin’s HBO drama has an official name: The Newsroom. Originally known as More As The Story Develops, then as ‘TBA,’ the show’s title was debuted via HBO’s 2012 teaser reel and confirmed by Deadline. Other titles rumored to be in contention: On the Hour, This Just In, Extra! Extra!, [60 Minutes Ticking Noise], The Situation Room With Wolf Blitzer, and Tyler Perry Presents Aaron Sorkin’s The Newsroom. Grade: A [Deadline]

Harrison Ford and Abigail Breslin have joined Ender’s Game, the adaptation of the YA classic about an alien invasion. Asa Butterfield plays Ender, a bullied kid who alone has the mastery of a “three-dimensional, zero-gravity laser tag-like game” that could save Earth. Ford will play the “Commander of Training for the International Fleet,” who realizes Ender’s potential; Breslin will play Ender’s sister. Look, is this movie really a good idea? Convincing a generation of children that their greatest contribution to the history of mankind might be predicated upon their laser tag skills? Grade: B+ [HR]

The comedy Outrun will be hitting theaters in August with a lineup boasting Bradley Cooper, Kristen Bell, Tom Arnold, and Beau Bridges. In the flick, a former getaway driver becomes the target of the feds and his convict ex-pals when he busts out of the Witness Protection Program in order to drive his girlfriend to L.A. for her dream job. The movie was co-directed by Dax Shepard and David Palmer. Wait, only co-directed by Dax Shepard? Well then it will only be half good. Grade: B- [HR]

Stan Lee has teamed up with Liquid Comics to create Chakra-The Invincible, a superhero for the Indian market whose comics will be distributed online and through mobile devices starting in April. Chakra is Raju Rai, a Mumbai teenager who uses his technological and scientific genius to “unlock the secrets of human potential” by developing “a technically-enhanced suit that activates the mystical Chakras of the body.” If Iron Man hadn’t also been created by Stan Lee, Tony Stark would be pissed right now. Grade: C [HR]

Dog Whisperer Cesar Millan’s Spanish language show El Lider de la Manada — a.k.a. The Leader Of The Pack — has debuted with such strong ratings that an English language version is already in the works. No network is yet attached, but there is that wonderfully vague “interest in the project.” On each episode of the show, Millan rehabilitates an abandoned dog — then has three contestants face off to see who deserves to take him home! After that, the winning contestant and the dog go on a whirlwind Amazing Race-style adventure together. Then they compete in a dance contest, and then they move in with Tamar Braxton. Grade: C [Deadline]

Michael Showalter has sold a show to Fox alongside Christina Lee, who was one of the executives at Comedy Central in charge of his show Michael & Michael Have Issues. The series is I Hate Your Friends, a multi-camera comedy “which centers on a couple who falls in love, thinking they’ve found ‘the one’ … until they meet each other’s friends.” And with all due respect to the Michael Showalter, wasn’t that more or less the plot of that show Mad Love that CBS canceled roughly in the time it takes the average person to eat a churro? Grade: C+ [Deadline]