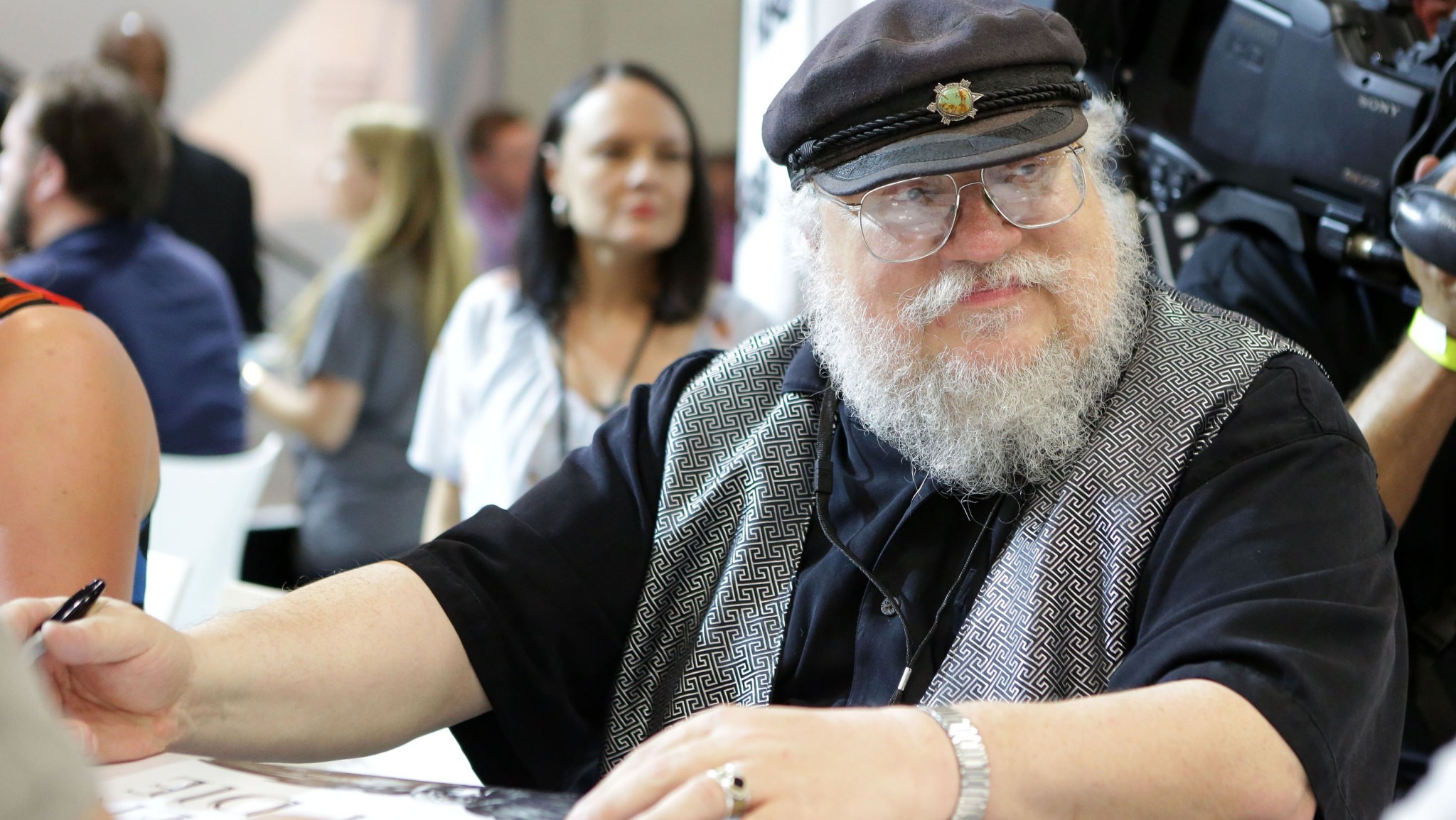 It’s starting to feel a little weird explaining what A Song of Ice and Fire is, since you’re probably one of trillions who watch the HBO series it’s been adapted into, Game of Thrones. But just in case: ASoIaF is a (so far) five-book fantasy novel series by George R.R. Martin, and it’s going to end someday. (Really. Even if it’s like two decades from now.) And it turns out that some fans have guessed what that ending will contain!

At the Edinburgh International Book Festival, Martin said he’s kept awake by the possibility of his final two ASoIaF novels, The Winds of Winter and A Dream of Spring, being unsurprising. “I hate predictable fiction as a reader, I don’t want to write predictable fiction,” Martin said. “I want to surprise and delight my reader and take them in directions they didn’t see coming. But I can’t change the plans. That’s one of the reasons I used to read the early fan boards back in the ’90s but stopped. One, I didn’t have the time, but two is this very issue. So many readers were reading the books with so much attention that they were throwing up some theories and while some of those theories were amusing bullshit and creative, some of the theories are right. At least one or two readers had put together the extremely subtle and obscure clues [Editor’s note: See R + L = J, a compelling Jon Snow theory.] that I’d planted in the books and came to the right solution.”

Shocking moments like Ned Stark’s trip to the Great Sept of Baelor, Melisandre’s baby, and literally every single wedding have become a staple of the A Song of Ice and Fire/Game of Thrones mythos. So will Martin shift his plans based on nosy fans’ annoyingly accurate predictions? “I wrestled with that issue and I came to the conclusion that changing it would be a disaster, because the clues were there. You can’t do that, so I’m just going to go ahead. Some of my readers who don’t read the boards, which thankfully there are hundreds of thousands of them, will still be surprised and other readers will say: ‘see, I said that four years ago, I’m smarter than you guys.'” Reading as a way to show you’re smarter than your friends sounds like the loneliest, saddest pastime, though.

Game of Thrones co-showrunners D.B. Weiss and David Benioff, meanwhile, are actually privy to Martin’s ending. They told Entertainment Weekly earlier in 2014 that Martin’s plans are “absolutely” and “100 percent” satisfying. Just wish we didn’t have to wait 20 years …

Filed Under: Books, Game of Thrones, a song of ice and fire, George R.R. Martin