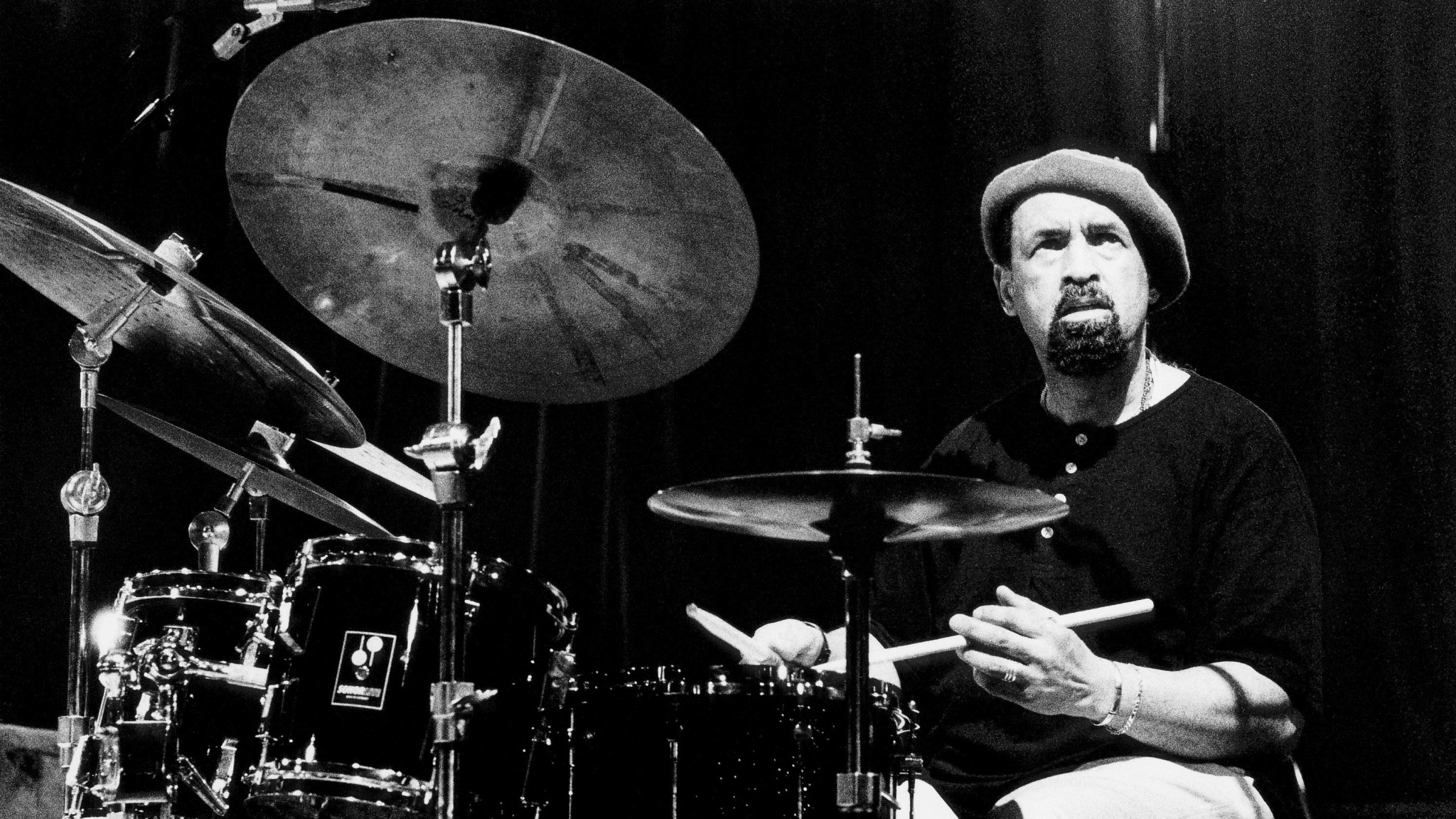 The birth of American popular music can be traced to the emergence of the backbeat, the alternating boom and crack created when the swing rhythms of jazz migrated from the cymbals down to the bass and snare drums. The backbeat is the unifying feature of all African-influenced American pop music styles. It’s the backbeat that made early rock and roll so irresistible to Eisenhower era kids and akin to “savage jungle beat music” in the eyes and ears of their Ward and June Cleaver parental units. It’s the beat that underpinned early R&B, which, when combined with jazz and New Orleans marching band elements, became the funk music of the 1960s and ’70s. By the ’80s, DJs and producers were chipping funk out of its vinyl amber to be reconstructed with repurposed home audio equipment to live again as the pastiche DNA of hip-hop.

The beat lives on. Rap is a hegemony. Rock is, perhaps, ailing, but still here. And the various forms of EDM are really just aural mutations of those backbeat rhythms shot out through waveform filters and replayed with computer precision and machine implacability. The beat lives, but the drummer’s moment is over. There’s a musician’s joke that goes like this: How many drummers does it take to screw in a lightbulb? None. They have machines that do that now.

Despite the vitality of the backbeat itself, the time when the drummer would’ve been recognized for giving music its spine is gone. If it ever really existed. James Brown might be the godfather of funk, but his drummer Clyde Stubblefield did as much to create the sound of the genre as anyone. Just like any other industry, dudes who do work for hire don’t get to own the product. “The Big Beat” by Billy Squier is one of the most sampled drum breaks of all time, used by Jay Z, Alicia Keys, Run-D.M.C., and many more. That’s well known and often remarked upon. Yet it’s Bobby Chouinard’s drumming that forms the basis for those samples, not Squier’s pants-too-tight vocal screech. 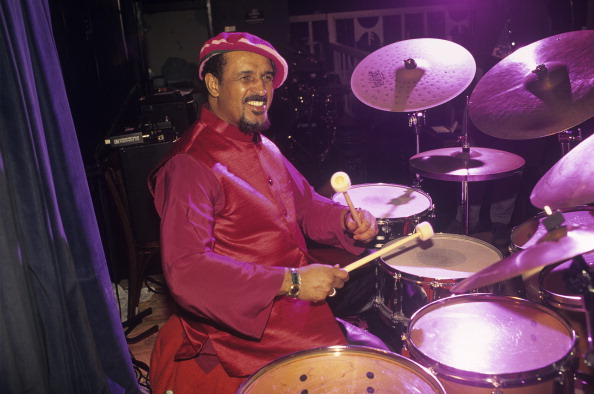 Idris Muhammad, who died July 29 at the age of 74, is one of those forgotten architects of the backbeat. Most likely, you’ve heard his work without even realizing it in songs by Drake, Beastie Boys, Fatboy Slim, Eminem, Nas, LL Cool J, the Notorious B.I.G., Kool G Rap, 2Pac, and many others. He was among the first drummers — perhaps the very first — to bring funk beats to jazz and played an important part in the development of funk drumming. Which makes him, by extension, a building block in the edifice of hip-hop and modern music.

A native of New Orleans, Muhammad, whose family was originally from Nigeria, was steeped in the city’s rich music traditions. In an interesting inversion of his later role as a hip-hop sample cornerstone, one of his earliest influences was the machine stomp and hiss sound of the steam presses at the dry cleaner next to his childhood home, a sound he says informed his signature hi-hat technique.

In New Orleans, then as now, if you could play, your name got around. He sat in with his neighborhood friends, Arthur and Aaron Neville, whose band the Hawkettes would eventually become the Meters. He backed Fats Domino after Fats’s sax player Clarence Ford heard him around town. He was introduced to Sam Cooke in a restaurant and auditioned for his band by banging out the beats to Cooke’s songs on a tabletop while Cooke sang, a voice and a beat foreshadowing the ad hoc cyphers of the rap age.

It was Cooke who brought Muhammad to New York for the first time, and after short stints back in New Orleans and Chicago, Muhammad moved to New York City in the mid-1960s. “When I got there, I had no gig,” Muhammad said in an interview with Eothen Alapatt in Wax Poetics. “So I went to the Apollo Theater. I met with Reuben Phillips, the Apollo’s bandleader, and let him know I was in town. He fired the drummer in the Apollo band and hired me! So I was in the band for about a year and a half.”

The Apollo led to Muhammad’s introduction to the New York jazz scene, most notably sax player Lou Donaldson. Donaldson, who started his career as a sideman in more or less straight-ahead jazz settings, had begun experimenting with more bluesy beat-heavy styles in the early 1960s. Muhammad joined Donaldson’s band in 1967 and recorded a string of influential albums on the Blue Note label that in many ways mirrored the stylistic innovations that Brown (with Stubblefield) was creating with his solo work, only in an instrumental idiom.

Those records, starting with 1967’s Alligator Bogaloo, are a trove of hip-hop samples. “Ode to Billie Joe” off 1967’s Mr. Shing-a-Ling would later provide the marching funk shuffle of Kanye’s “Jesus Walks” and Eminem’s “Bad Guy.” 1970’s Pretty Things produced the swinging groove “Pot Belly,” later to be sampled by Dr. Dre on “Rat-Tat-Tat-Tat” off 1992’s seminal gangster rap touchstone The Chronic and by RZA for “Give It to Ya Raw,” the B side to Ol’ Dirty Bastard’s 1995 single “Brooklyn Zoo.” Donaldson and Muhammad’s 1969 cover of the Isley Brothers’ “It’s Your Thing” off 1969’s Hot Dog provided the New Orleans–inflected bounce for songs by De La Soul, Brand Nubian, and, semi-strangely, Madonna in her third-wave post-Sex Maverick Records iteration on “I’d Rather Be Your Lover” off 1995’s Bedtime Stories. The hypnotic rhodes and drum groove of “Loran’s Dance” off Muhammad’s 1974 solo album, The Power of Soul, would become the Dust Brothers–produced “To All the Girls,” the lead track off Beastie Boys’ legendary Paul’s Boutique. To name just a few.

Speaking to Alapatt in Wax Poetics, Muhammad would say of the sample-bred immortality of his work, “It don’t really belong to me, man; I’m only the creator. If you take something I create, and you do something with it, then someone else will take it and move it to another stage. And this is what happened with hip-hop. This is in my aura. I’m doing stuff for people to put out there so people can grab it.”

Idris Muhammad’s death was noted in many drummer-centric websites and was deeply felt in New Orleans. “I’d put him on the Mount Rushmore of New Orleans drummers,” said radio host and Tulane professor George Ingmire. It took a few days for the news to appear on other news sites, and it took until August 8 for an obituary to appear in the New York Times. Even in death, Idris Muhammad is overlooked.

The Jeezy Principles: 33 Steps to a Perfect Life