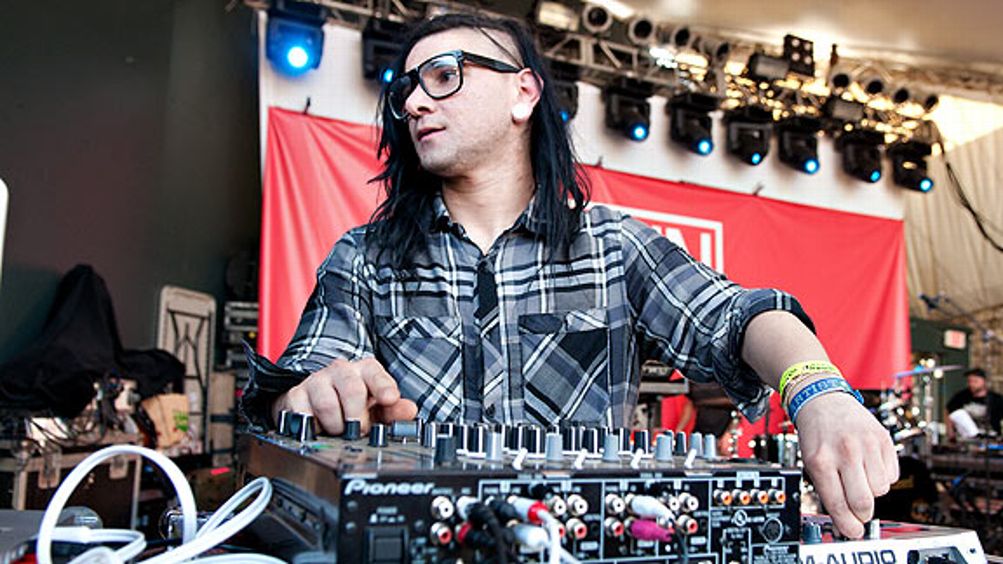 I have become hesitant to introduce a new online service or social media-based web tool to my life, no matter how buzzworthy it is. Although ‘disruptive’ technology can provide the greatest improvements for our consumer lives, I feel like I finally understand the cliched ‘old timer’s’ perspective that is hesitant to any sort of change. Especially when it comes to music-discovery services that are based on an algorithm that can probably do a better job to suggest music that I will actually really like than I could ever do. Innovative music-streaming services represent the ultimate consumer solution for our lifelong expectations to integrate the process of listening to music with the limits of technological reasonability.

Recently I introduced Spotify into my life, and I have had access to ‘millions of songs’ available to stream for free if I just listen to a pretty reasonable commercial every now and then. I have heard there are other similarly awesome services out there like Pandora, last.fm, Grooveshark, and whatever streaming service that Apple will launch so that their iPhones don’t become as worthless as the iPod shuffle. It has been enjoyable to listen to all of my favorite music from any generation, sort of like searching for random songs on YouTube except a little bit more formal.

However, I am not sure if I am ‘happier’ now that my music library is basically infinite and portable.

I have been forced to ask myself a series of questions as I reflect on how I constructed my expectations for my music library. 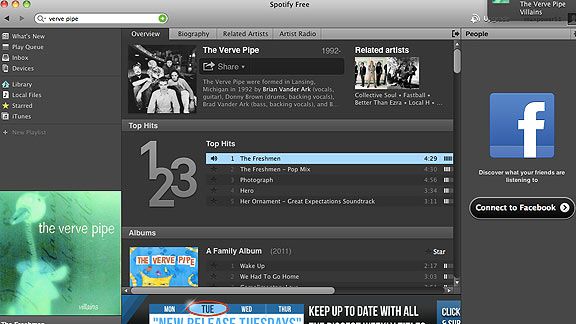 Why do we want access to every song in the world?

Our taste in music is an important part of our personal brand; the interests we project to others represent who we are. You can easily judge a tween who listens to Justin Bieber in the same way you can judge a high-level indie bro who worships Animal Collective. Similarly, you can quickly understand a girl who claims that she can really empathize with that “Not Gonna Write You A Love Song” song by Sara Bareilles. I’m also really into the emerging genre of mainstream dubstep bros who ‘lose themselves’ at Deadmau5 and Skrillex concerts, somehow merging the look of Ronnie from Jersey Shore with a guy who bought raving accessories at Hot Topic.

Since you were young, you have been attempting to build a collection of music that ‘represents you.’ Meaningful artists and their songs providing the soundtrack to your life. There have been different ways to display the breadth of your own music library. Some people bought massive CD towers to put right by their stereo. Others filled up CD binders to serve as a visual interpretation of their taste.

The MP3 deconstructed the physical representation of ‘owning music,’ and the size of our music library was measured in gigabytes.

Ultimately, it seems like we ‘expect’ to have access to every song ever created. I remember my college roommate made a big deal about how he put his entire music library on his iPod. I eventually purchased an iPod mini, and had to select a limited number of MP3s to put on my iPod. It seemed like ‘there had to be a better way’ in which I could just have every song in the world on a lightweight device. By having every song at our fingertips, we become ‘more cultured’ just based on what we can claim to be ‘exposed to.’ More important, we limit the liability of our personal brand to end up getting tied to Dashboard Confessional, Metro Station, or some other regrettable band’s brand that represents the hollowness of a past era. As long as we have every song on our iPod, we can listen to “Vindicated” without fear of being outed.

It feels like we have already been getting every MP3 that we wanted ‘for free’ since Napster taught everyone how to be a pirate. We no longer expect to have to actually pay for an MP3, but I do feel like it is a bit more difficult to be a pirate than it was in the prime of the P2P stealing era. I miss those days, even pressuring my parents to upgrade our Internet services to make sure I had a more efficient way to steal. It seemed really unchill when that dude in Metallica tried to harsh our free-music vibes by saying that artists needed to get paid for the content that they create. Good to know that the Napster bro, Sean Parker, eventually turned out to be a chill Justin Timberlake-like bro who enjoyed partying and building Facebook.

Since then, I feel like I have rationalized some sort of system of ‘music’ and ‘formats’ that are actually worth spending my money on. If it is a DIY indie label, I can get more cred by buying the limited edition vinyl for Cults hit buzz song “Go Outside.” A ‘new artist’ probably deserves my money more than a fading artist, so I’ll go ahead and purchase Twin Shadow’s album for $5 on his Bandcamp website. On the other hand, if a band is ‘hailed’ as one who ‘constructs an entire album experience,’ then I will probably go out of my way to secure a high-quality version of the album that will maximize my listening experience. This is why bands like Radiohead get away with packaging ‘memorabilia’ with an album release, then charging $50 for it.

Since it became more difficult to ‘pirate,’ I feel like YouTube has become the place to go to satisfy our immediate impulses to listen to any random song that we don’t actually own. This explains all of those weird lyric videos having millions of views. Fortunately, Spotify functions as a way to overcome low-quality YouTube sound and potential advertising annoyances. Also, it is great to avoid having to watch anime while you are listening to a song.

As a consumer, we want options, and we want to pay as little as possible for a product. The majority of overmarketed pop music really does seem as valuable ‘as bubble gum.’ Perhaps we are resentful towards labels that ‘overcharged’ us for years. Spotify makes me feel like a better person, because I am no longer ‘stealing’ artists’ content. Although they are probably getting paid a fraction of ‘what they deserve,’ it still works for me.

Is the process of ‘music discovery’ supposed to be fulfilling?

Everyone constructs a personal narrative to romanticize their emotional connection to a song or artist. The first time you heard your latest favorite song was in a totally random yet meaningful circumstance. By ‘being so good’ at suggesting similar artists and songs, music services like Spotify ‘dehumanize’ this process. Any personal connection to new sounds is ‘less romantic,’ because it could just be digitally curated. It’s sort of like expecting to find true love because someone matches your dating profile on an online dating website. Context and circumstance often drive the most romantic elements of a relationship.

Similarly, it is interesting to think about how you can’t really forge an emotional connection to a digital file that exists on your computer. A library of MP3s is about as valuable as a bro’s library of ‘Internet porn’ — it provides instant pleasure and/or ‘stimulation,’ but just exists as a file that you will eventually move to an external hard drive for posterity’s sake. I remember when I would go to my local Blockbuster Music, have a customer service representative open up a CD for me, then I would ‘sample it’ before I bought it. Did I connect with an artist more when I had a tactile product that they made and ‘the album’ wasn’t just a marketed concept that I saw on banner ads on the Internet?

I know that ‘the album is dead’ and we are living in a singles-oriented era. That’s alright with me, because if there’s anything that the 1990s taught us, it’s that most artists are capable of only creating one listenable song on their album, so it is good to not have to pay for the rest. Can you name two songs by The Verve Pipe? Yeah, “The Freshmen” was probably the only one worth knowing, anyway.

I’m most relieved to no longer have CD jewel cases and cassette tapes riding around on the floor of your car for passengers to step on. Then they feel guilty that they ‘ruined’ your music library, and you begin to feel frustrated about the amount of ‘waste’ produced when packaging an album, eventually visualizing it gathering dust in your room, serving as a visual representation of the horrible music you used to listen to when you were just trying to ‘fit in.’

I am interested to see if Spotify will still provide a ‘meaningful context’ in which to discover and enjoy music. I suppose the functionality that allows you to ‘share’ songs with your friends seems meaningful, but ‘music collecting’ seems to be an experience that you perform in front of a glowing screen while you are managing your presence on Facebook and drafting an e-mail to your crush. The digital existence seems to provide a less meaningful context for just about anything. 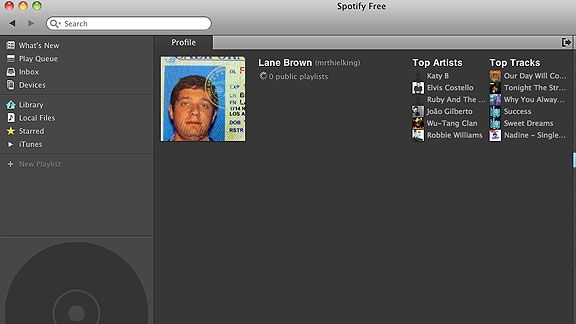 Is music supposed to be a social experience that I share with other people?

Apparently, music is supposed to unite us all and give us a reason to believe in some sort of unity in the human spirit, which is why U2 is the no. 1 band in the world right now. It seems like in real life, and on the Internet, all we can do is ‘rate,’ ‘like,’ and ‘comment’ on content, broadcasting our judgment to our social stream so that our friends are up-to-date on our music interests.

Whenever I listen to music, I am not actually enjoying the aural experience. Instead, I am trying to figure out whether or not I endorse the product. At this point, I wouldn’t listen to a new Jay-Z and Kanye West album to just ‘lose myself’ in their art. I’m just prepping myself for a series of conversations and Facebook threads in which I look to deconstruct their product or justify its artistic merits and social relevance. I can’t listen to a new Puddle of Mudd or Nickelback song without trying to think about a joke that I can make about it.

During the indie-est phase of my life, I thought that I had to ‘protect’ the sanctity of authentically underground bands by not making word-of-mouth recommendations to even my closest friends. Now I know that it is only a matter of time before even the biggest lamestream laggards find out about quality music, so the social experience of music seems to have morphed into an early-adoption conquest. I don’t feel ‘excited’ to share and discuss new music. The career arc of an emerging buzzband seems inevitable, fueled by a digital recommendation machine. It doesn’t really matter if I participate.

Having access to basically every song ever seems to be a ‘mammoth historical achievement.’ Spotify has made listening to new and old music a lot easier, but our personal relationship with artists and their songs continues to change. It will be interesting to see how new artists are able to construct a brand that transcends never-ending streaming services. I can’t believe I am turning into ‘that guy’ who is nostalgic for a less perfect past just to romanticize my arbitrary connection to a Third Eye Blind CD that I used to listen to.

How Entourage inspires a generation of young men
Will We Ever Feel Comfortable With the Coach’s Son?
The Lessons of Friday Night Lights