The Architecture of Disaster 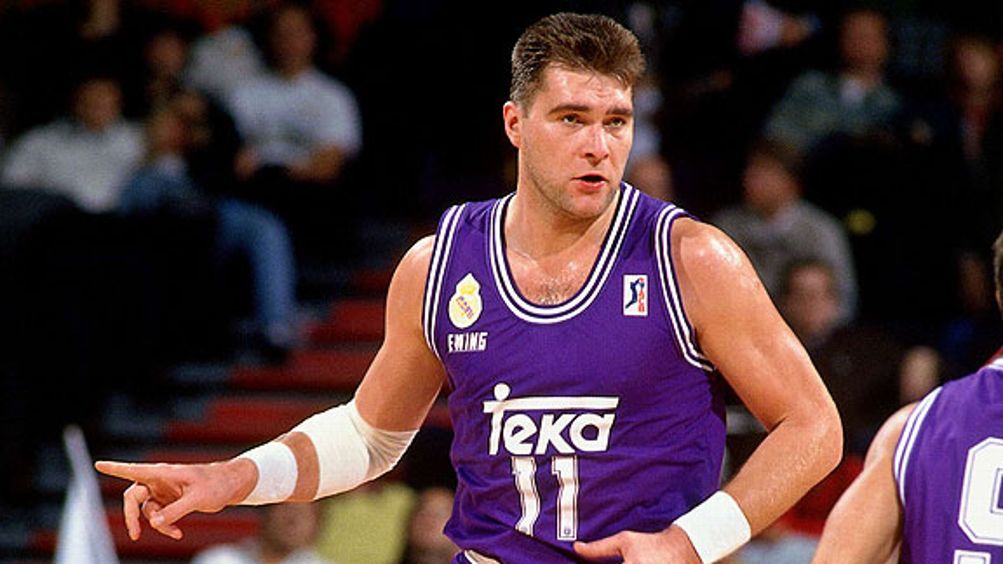 “Bob Whitsitt could never get a straight answer on Arvydas Sabonis. In 1994, Whitsitt arrived in Portland and was tasked with remodeling an aging Trail Blazers roster. Nobody in the organization knew Sabonis’ level of interest in coming to Portland. He had become a mythical figure — out of sight, but seldom out of mind. The Blazers first drafted Sabonis with the 24th pick in the 1986 draft, but he declined to come over to play in the United States. Although most involved speculated that the reason was political, nobody could quite define the exact motive. In the eight years between being drafted and Whitsitt’s arrival in Portland, Sabonis had transformed from prodigy to a full-fledged international star. That much was evident. After scouting him for a year, Whitsitt finally pinned Sabonis down for dinner in Madrid, the latest stop in a meandering life that started in Kaunas, Lithuania.

“Sixteen years later, Whitsitt remembered how the dinner had started late — real late — wreaking havoc on his circadian rhythm. More important, Whitsitt remembered marveling at Sabonis’ hands. They were huge, Whitsitt recalled, but they also served food in the same delicate manner with which a surgeon would handle a scalpel.

“‘If you get the chance, pay attention to those hands,’ Whitsitt told me over the phone. ‘Hopefully, he doesn’t crush your hands with a handshake, but he could if he wanted to.'”

The Sports Guy returns to the National Sports Collectors Convention.

“Just off 52nd Street, one thousand five hundred and forty-eight miles from Madison Square Garden, the man once known as Sugar is watching a basketball game unravel. ‘Th-they’re gonna call a foul now — watch, watch,’ says Micheal Ray Richardson, a 56-year-old grandfather sprawled out on the carpet of his home office like a restless child at naptime. When he gets worked up, which is often, a hint of a stutter trickles into his speech. One beat, two beats, and there it is on-screen: A whistle, a foul. He pauses the video, props himself up on his elbows, and looks to me for validation, a pained grin creasing his face. ‘I told you,’ he says.”

Hope Solo, Brooke Burke, and the Rest of the Month in Humblebrag

“Well, the day has finally arrived: Totes McGotes did not make the list this month. When you call someone out for Humblebragging, it has one of two effects on them: They either stop doing it, or they revel in the recognition and try too hard to do it again and it feels inauthentic. Sadly for all of us, it seems like Totes went the former route. He now pretty much just tweets pictures of the grilled cheese sandwiches that he makes. And while they look delicious, I cannot retweet them.

“Sometimes I worry that as more people become aware of ‘Humblebragging,’ they’ll stop doing it (I acknowledge this statement could be construed as a Humblebrag, and I’m sorry, but I’m just trying to make a point). It reminds me of how the Joker keeps Batman alive because life would be boring without him. Totes was my Batman. But once a Humblebraggart, always a Humblebraggart. He’ll be back. They always come back.”

“Earlier in the month it was announced that Hollywood fauxteur/stubble enthusiast Brett Ratner would take on producing duties for the upcoming Academy Awards. This week came word that schticky Yankees fan Billy Crystal was interested in returning to the hosting job he abandoned eight years ago. For anyone who confidently assumed the Oscars could get no worse than this past year’s Franco-phile disaster, the following text messages — hacked using British ingenuity from Ratner’s iPhone — should lower your expectations well below sea level.”

At SummerSlam, WWE crowned a new champion and stepped back in time.

“For reasons that are mysterious even to me, I have seen all five of the Final Destination films. The circumstances were various and convoluted. I saw the first one in New York City in 2000, at a point in my life when marijuana smoking was my part-time job. The panic attack I experienced halfway through the film — rivaled only a similar cannabinoid freak-out I had during, of all things, Cast Away — was a key event in my eventual marijuana drawdown. I saw the series’ second entry in Istanbul in 2003, dubbed into Turkish. The third entry, released in 2006, I wound up seeing in Rome the following year, dubbed into Italian. The fourth I watched over my Xbox LIVE Netflix account in 2009; I was alone and had drunk too much whiskey. I saw the fifth one Wednesday night, in 3-D, with no chemical or cross-cultural contaminants, and have since been trying to determine why I have spent a decade subjecting myself to this strange specimen of the modern American horror film.”

“There was a time, when I was very young, when simply attending a live sporting event was something incredible. I grew up in upstate New York, about an hour south of Montreal, and each summer my dad would take me up across the border to see the Expos play. We’d arrive at the grotesque Stade Olympique, with its phallic tower looming over the clam shell roof, and my young heart would be thumping. It didn’t matter that we were about to be treated to a miserable brand of baseball on an ugly turf field in front of history’s worst fan base; we were going to see the pros! And it definitely didn’t matter where we sat.

“Today, that’s no longer true. I don’t think I’m the most ungrateful sports fan in the world, but I have to be in the top tier. It’s gotten to the point where if I’m sitting in the nosebleed section of a stadium, under almost any circumstance, I will not enjoy the game. Sure, I’ll guilt myself into focusing for a few minutes, but soon I’ll be back to obsessing on how I can get closer.”

“Back in March, Bill Simmons asked me, ‘In your dream scenario, what would you write about?’ There was really only one answer: ‘I would move to Vegas and write about my life there.’ To the horror of every civilized aspect of my life, he green-lit the idea.

“So, at the beginning of August, I moved into a one-bedroom apartment on the Las Vegas strip. For the next year — bank account willing — I will be reporting back to you, the Grantland reader, about what it’s like to live and flourish (gulp.) in America’s haven for making mistakes.”

Corruption, Murder, and the Beautiful Game

“Should it matter to soccer fans if FIFA is corrupt? By almost any measure the game is thriving, with more fans in more corners of the world, every day. If the combined audience for just the final two rounds of the 2010 World Cup were a country, it would be, by far, the most populous nation on earth. Most of these fans seem to be enjoying themselves, so if a cabal of scheming old men in Zurich happens to be pulling strings behind the scenes, why should the rest of us worry?”