Does the Cover of Rolling Stone Mean Anything Anymore? 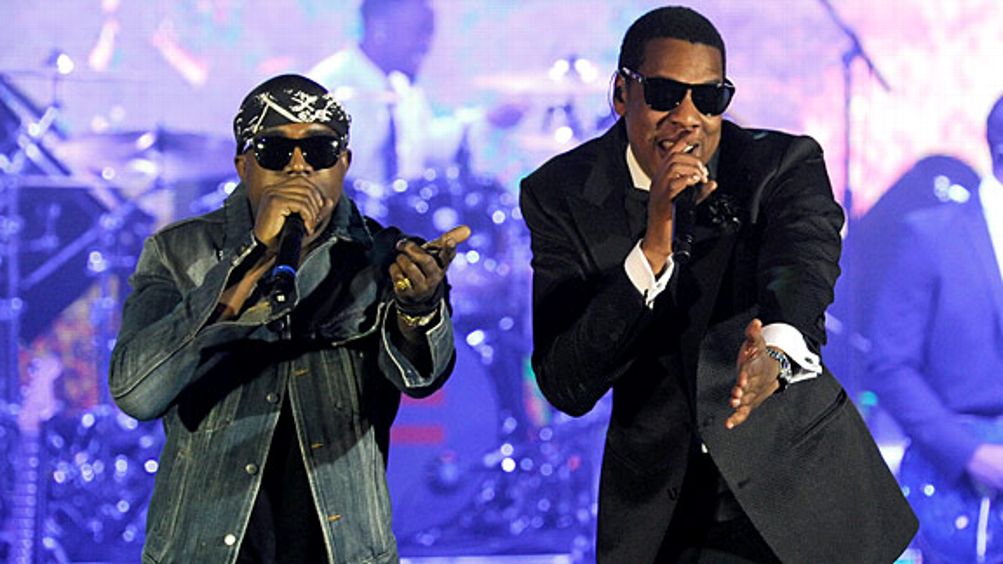 Kanye West’s astonishing rise can be heard in his enunciation. His debut album, College Dropout, released in 2004, was an arriviste-rap triumph, full of the arch, exaggerated swagger of the fundamentally insecure. “I can’t even pronounce nothin’/Pass that Ver-say-see,” he crowed on “All Falls Down,” a young man fanning himself with cash for the first time, not knowing that this is the kind of thing you don’t do at a Versace flagship. But this sense of discovery was part of his appeal. In those songs lay a history of contradiction: wanting but knowing better; seeking redemption in wealth and its very opposite. Years and enumerable artistic wins later, Kanye has grown no less absorbing — he might very well be our last truly unpredictable star. And with success comes etiquette, a sense of breeding, and a scrutiny of details invisible to most. “The Lyor Cohen of Dior Homme,” he billed himself on last year’s “Devil in a New Dress” before clarifying: “That’s Dior Homme, not Dior, homie” — because you would be an idiot to have assumed that.

Recognizing Kanye’s self-awareness is critical to understanding Watch the Throne, his collaborative album with Jay-Z. Here is an album that has begged to be taken seriously as an event, from its lavish, paranoid listening sessions to Givenchy designer Riccardo Tisci’s gilded, Transformer-at-rest album cover. The powers that be chose to debut the album on iTunes rather than stores so that fans worldwide could experience the duo’s grand vision together at the same time — a strike against Internet piracy disguised as a gesture of egalitarianism, a victory for the big guy over mom-and-pop record shops. But none of this could truly prepare listeners for Watch the Throne, which, at its core, is a marvel of affluenza. “This is luxury rap/The Hermes of verses,” Kanye remarked on the lead single, “Otis,” and while hip-hop has always made a sport of excess, Watch the Throne indeed suggests a new scale of possibility. It is the culmination of a wealth-happy maximalism that is as logical as it is ill-timed. Rarely has an album seemed so simultaneously in and out of touch with the exigencies of American life.

In the informal game of Throne, Kanye emerges victorious, mostly because the album’s vision is so clearly his. As artistic alliances go, we could do worse. On one side: Kanye, an intensely creative individual who, even at his most garish or bizarre or wildly out of control, is blessed with an undeniable, singular sense of taste. Beside him: Jay-Z, his “big brother,” a man whose business acumen has come to overshadow his artistic skill, who has long since surrendered any possibility of being unpredictable. Throne is a pairing that suits them both, appealing to both Kanye’s reverential spirit and Jay’s need for relevancy. More important, it represents the kind of consolidation of power that hip-hop has never been able to pull off. There has always been something fatalistic about hip-hop collaborations; we still await Dr. Dre’s album with Rakim or anything with the audacity of the original configurations of the Firm or Commission. But even as we waited, it always seemed reasonable that they might fail. It cut across all the grandstanding and performance and power moves to realize that people might not be able to come together, no matter what the fans wished. The lost causes made it seem more realistic.

Which is why Throne, for all its wide-screen aesthetic idealisms, seems so coldly logical, so present-day. There are no more rivalries in hip-hop, no names named in “D.O.A (Death of Auto-Tune).” Where discord and beef were once the reason to root and take sides and argue at length, today we only have the Game dissing everyone in sight. This isn’t to express some vague nostalgia for the days when rappers were broke and two guys with beef could very well end up as one guy and an arrest warrant. It’s to recognize that their genius has as much to do with art as it does with selling us spectacle. It is an album of surfaces and allusions, of prayers shouted through bullhorns and references to the MoMA and Rothko, Larry Gagosian, and luxury hotels across three continents. It is music that is self-consciously epic, more overwhelming than enjoyable, an attempt to make a blockbuster rather than a classic, in which every moment of arrogance or humility radiates in the same IMAX high-definition.

There is a broader context for Watch the Throne‘s nonviolent collisions of highbrow and low, opulence and shame, artiste Kanye with “business, man” Jay. Ours is an era of collaborative possibility, when anything from Dockers to a cellular phone pouch can seem desirable with the right synergistic pairing. This is how the business of buying and selling things continues to renew itself, in the endless permutation of new and old. There is something fresh and democratic about it, as the market divides itself up into thousands of little inlets, all the capsule collections and collaborations with Target and down-market bridge lines allowing all segments of the populace to luxuriate every now and then. As a result we’ve grown comfortable with unlikely juxtapositions and mutually beneficial alliances, all in the name of something greater, from “Marvel Comics X Williams-Sonoma” to Pusha of Clipse shouting out the “hipsters” and the “felons.”

Instead of competition, we now live in a culture that produces mutually beneficial agreements. Instead of rivals there are dream teams, talents taken around the globe in the name of common goals, brand visions, the quid pro quo backslap culture of “liking” and retweeting. Instead of a guy emerging from a bench-clearing brawl with his arm dislocated, we have the Miami Heat and their “Big Three.”

What makes hip-hop such a durable form is its capacity to scramble fiction and fact; the artifice and the realities that art conceals or amplifies become one. In this way, Watch the Throne feels astonishingly different. It captures two artists who no longer need dreams; art cannot possibly prophesy a better future for either of them.

By most accounts, this is a far preferable way to live. But it doesn’t necessarily make for more interesting art. On Watch the Throne, the tensions are no longer between friends and enemies but within the individual — why not, in an era of customization. There’s no war going on outside; it is within each of us. Travails are glimpsed but rarely explained. “Tears on the mausoleum floor/Blood stains the coliseum doors,” Jay raps on the weighty, inscrutable “No Church in the Wild,” invoking DaVinci Code-esque images of the awful, back corridors of power. “What’s a god to a nonbeliever/Who don’t believe in anything?” crooner Frank Ocean asks on the hook. Later in the song, Jesus’ contributions to carpentry are invoked alongside Kanye’s beat-making acumen. Who exactly are the nonbelievers remains unclear.

“Welcome to the Jungle” tracks the indiscreet charms of the superrich, Jay looking in the mirror and spying his “only opponent.” “I’m fucking depressed,” he admits, before demanding where the press, the President, and his smile have gone. “Made in America” honors a line of visionaries, from Jesus to Malcolm X, but they are not the only ones who have had to overcome a hostile public: “South Park had ’em all laughin’,” a still-irked Kanye moans, before taking pride in having proved the critics and haters wrong. “Murder to Excellence” swags on behalf of a broader constituency, its first-half lamentations of police brutality and black-on-black crime siphon into a celebration of “black excellence.” At least a few have made it: “I dress in Dries and other boutique stores in Paris,” raps Jay, who was moralizing just a minute ago. In moments like these, Watch the Throne suffers from a perverse sense of perspective, entire histories invoked to justify two men’s fortunes. “This is something like the Holocaust/Millions of our people lost,” Kanye announces on “Who Gon’ Stop Me,” offering himself as a reason to remain hopeful: “Bow our head and pray to the lord/’Til I die I’ma fucking ball.”

“New Day” is one of Watch the Throne‘s more poignant moments, as Kanye and Jay address their future sons. “I’ll never let him leave his college girlfriend,” Kanye declares, projecting upon his as-yet unborn son the tabula rasa he so desperately craves. The problems that Jay’s future son face are of a different order: “Sorry junior, I already ruined ya/’Cause you ain’t even alive, paparazzi pursuin’ ya/Sins of a father make your life 10 times harder/I just wanna take ya to a barber.” It’s a rare moment when Watch the Throne feels relatable, even if the song’s future traumas seem outlandish and oversized.

What makes hip-hop such a durable form is its capacity to scramble fiction and fact; the artifice and the realities that art conceals or amplifies become one. In this way, Watch the Throne feels astonishingly different. It captures two artists who no longer need dreams; art cannot possibly prophesy a better future for either of them. All of this — the luxury goods, the art collection, private compounds, the Oprah-level American Dream — is their reality. This isn’t to discount all the personal travails or the fantastic demons unimaginable to the nonfamous. But to speak passionately about contradiction offers narrative cover for the truth that one simply knows better, and the album’s anxieties feel like an hour-long quest for the authority to rule from above, a justification to luxuriate. They offer themselves as both world-historical exceptions as well as one among the self-made masses. But when Kanye speaks elsewhere of “Power” — as something within all of our grasps — what does he mean? “Now we all ain’t gon’ be American Idols/But you can’ least grab a camera, shoot a viral,” he rapped on last year’s “Power” remix, “Take the power in your own hands.” This version of power is entrancing — it explains an entire generation. But it also confuses ubiquity for importance, the familiarity of a celebrity’s face for true authority.

It’s no accident that Kanye’s most indelible moments have been the ones when he stepped outside of the spectacle, veering off-script to dis George Bush or Taylor Swift. There was animosity in those gestures, an unwillingness to shake hands at the end of the bout. To call Watch the Throne chillingly out of touch is not to reprise the longstanding accusation that hip-hop should be more accountable to the social and political realities of our world. This is a different, albeit equally obstinate and grumpy, complaint: It is a preference for artifice over reality, fantastical tales over true conquest. The way grievances could be transferred through song: That was power.

Instead, Watch the Throne is an album against austerity at a time when true rivalries still reign: Congress, for example. As the debate over the debt ceiling wound down to its inevitable, underwhelming conclusion, another story circulated last week’s business pages: LVMH, a French conglomerate that owns brands such as Louis Vuitton and Givenchy, among others, reported sales growth in the first half of 2011 of 13 percent to $14.9 billion. Sales of luxury goods haven’t been this robust in years. And now comes soundtrack, the income-gap raps of Watch the Throne. Maybe anything otherwise would have been an empty gesture of affiliation, the pretense of feeling another’s pain. But then again, isn’t that what it always was? As it is, the kingdom appears peaceful, all the necessary treaties brokered and alliances forged. The rulers admire themselves in a splendid mirror, the ruled watching the throne from afar.