Too Zeke to Fail: A Brief History of Isiah Thomas’s Crashes and Burns 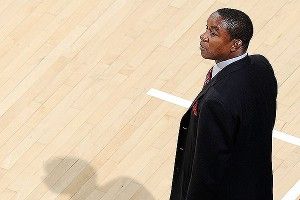 Isiah Thomas was fired Friday as coach at Florida International University. Here’s what Zeke had to say about his departure from Miami’s first and only four-year public research university:

“This is the most surprising thing that has happened to me in basketball. I never been fired before for basketball reasons. This is the first time. When I was in Toronto, I was trying to buy a team and I left. When I was in Indiana, Larry Bird told me that he liked what I was doing but he was closer to Rick Carlisle. The whole thing in New York was crazy. This is the first time someone told me that I was being fired for basketball reasons.”

When it comes to failure, I get a little nostalgic. So I decided to track back and relive some of the greatest hits (but the opposite of hits) of Isiah Thomas’s executive and coaching career.

Jobs Isiah Thomas will now be linked to (and might even get) include: director of the CDC, general manager of southern New Jersey Pep Boys franchises, head coach of the Lake Oneonta YMCA 13- to 15-year-old boys team, South Pacific Area commander for the United States Navy, Starfleet Academy admissions officer, and head coach of the New York Knicks.