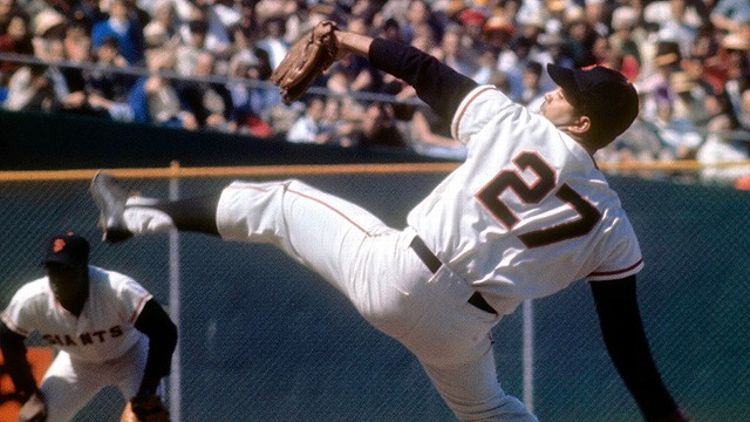 The box score looks like a fairy tale, a numerical telling of a make-believe game that could’ve only existed in the mind of a slightly deranged romantic. Sixteen innings. Seven Hall of Famers. One run. Two pitchers.

Today, such a game would be impossible. On July 2, 1963, it was the real deal — the greatest pitcher’s duel of all time.

Last week marked the 50th anniversary of Warren Spahn’s historic matchup with Juan Marichal. We’re not the first ones to call it the greatest pitcher’s duel ever. A book called The Greatest Game Ever Pitched has been written about it. So have numerous retrospectives. We’re suckers for that game, too. It’s the inspiration for Shane Ryan’s weekly Pitchers’ Duel Diary and Shane’s patented Marichal-Spahn Scale.

The game took place during Marichal’s age-25 season, coming off his first All-Star appearance the year before, just as he was starting to harness the powers that would fuel his Hall of Fame career. Just two and a half weeks earlier, he’d crafted his first career no-hitter against the Astros. A master of deception, the Dominican right-hander fired five different pitches with different release points and varying speeds, using an exaggerated high leg kick to deceive batters. He would go on to lead the National League that year in wins (25) and innings pitched (an astonishing 321⅓), with a strikeout-to-walk rate better than 4-to-1. Spahn was the ageless wonder, in the midst of his last great season at age 42. The master of the screwball, he was about to make his 14th All-Star Game, capping the career of one of the greatest left-handed pitchers of all time.

Though the entire decade was known for absurd pitching numbers and absurdly favorable pitching conditions, ’63 offered a perfect stage for these two legends to intersect. Jim Kaplan, author of the Spahn-Marichal book, noted that the strike zone had been expanded that year from “the top of the knees to the armpits” to the “bottom of the knees to the top of the shoulders.” That change prompted a huge drop in offense, with 1,019 fewer hits by National League batters in 1963 than in ’62.

As unhittable as Spahn and Marichal were that day, both pitchers caught a few breaks to make it all the way to the 16th inning. In the fourth, Marichal retired future Hall of Famers Hank Aaron and Eddie Mathews to start the inning. He then walked Norm Larker and ceded a single to Mack Jones. Del Crandall then laced a sinking line drive to center. Playing center field for the Giants, another future Hall of Famer had a split second to decide whether to dive for the ball or let it bounce in front of him. Willie Mays opted for the latter, then came up firing, gunning down Larker at home to preserve the scoreless tie. In the seventh, Marichal narrowly dodged a home run when a Braves hitter swatted one off the right-field wall. The drive was launched by none other than Spahn. This was no close-your-eyes-and-pray moment, though. Spahn had serious pop for a pitcher, smacking 35 home runs in his 21-year career. Regardless, Marichal stranded him at second.

The Giants thought they had the game won in the bottom of the ninth. Willie McCovey (another future Hall of Famer) cranked a moonshot that seemed to fly right over the foul pole in right for a walkoff home run. Not so, ruled Chris Pelekoudas, who called the ball foul. McCovey was angry over the call at the time, but had a sense of humor about it after the game. “I think Chris was admiring it so much that he forgot it was fair,” he said. “You had to admire it. I hit it pretty good.”

Locked in that duel heading to the 10th, there was no way Spahn or Marichal were coming out. Not in that era. Jack Harshman tossed 16 shutout innings to give the White Sox a win in ’54 and Jerry Walker did the same for the Orioles in ‘59. Gaylord Perry followed suit in ’67, and remains the last pitcher to throw 16 shutout innings for a win in the big leagues. Though pitch counts weren’t tracked with any consistency back then, Nolan Ryan’s pitching coach did keep track when Ryan locked up with Luis Tiant for a classic extra-inning battle on June 14, 1974: 235 pitches, read Tom Morgan’s handheld clicker.

Even with pitch-count tracking a fluid affair and teams rarely giving much thought to the potential damage caused by a marathon-length outing, managers weren’t completely oblivious. Giants manager Alvin Dark buzzed around Marichal as the innings piled up, asking his starter if he could keep going. Exasperated, Marichal finally spoke up. “He’s 42 and I’m 25,” he said, “and you can’t take me out until that man is not pitching.” It wasn’t just that Spahn was 42. As Kaplan recounted, Spahn’s habit between innings was to smoke an unfiltered Camel cigarette, then stamp it out just before striding back to the mound.

The game would finally reach a dramatic end in the bottom of the 16th. With one out, Mays stepped to the plate. He’d gone 0-for-5 with an intentional walk for the game, but promised Marichal he’d end the game for him the next chance he could get. Spahn started Mays with his trademark screwball … only this time, the ball didn’t screw anyone but the man who threw it. Mays pounded the pitch over the wall, giving the Giants a 1-0 victory.

Marichal’s line for the game included 16 innings pitched, 10 strikeouts, four walks, eight hits, no runs, and 227 pitches. Spahn threw 15⅓ innings, striking out two, walking one, yielding nine hits and one run; though no one kept his exact pitch count that day, historians estimate he too threw at least 200 pitches. He’s also the last starter to lose a game in which he pitched at least 15 innings and allowed one run or less.

Some more remarkable facts and figures from our friends at ESPN Stats & Info:

• The live-ball era has featured five games in which each starting pitcher went at least 15 innings and allowed one run or less. The only one since the Marichal-Spahn game was a 0-0 tie between the Mets and Phillies in the second game of a doubleheader on October 2, 1965. That day, Chris Short of the Phillies and Rob Gardner of the Mets each pitched 15 scoreless innings in a game that would end a 0-0, 18-inning tie. Short finished with 18 strikeouts.

• Marichal pitched in three games in his career in which he either won or lost 1-0 and the game lasted at least 14 innings. He won 1-0 in 14 innings on May 26, 1966, against the Phillies. He also lost 1-0 to the Mets on August 19, 1969, when Tommie Agee beat him with a homer in the 14th. (“I can still see the ball, floating in the air, leaving the park,” Marichal once told the New York Times’s Richard Sandomir.) He is the only pitcher in the live-ball era (since 1920) to throw multiple shutouts in which he pitched at least 14 innings.

• Spahn and Eddie Rommel are the only pitchers in the live-ball era to pitch at least 14 innings in a game four times. Incredibly, Spahn went 1-3 in those four games, despite allowing only six earned runs in 60 innings pitched. The loss to the Giants was the last of the four.

• Finally, unbelievably, this 16-inning masterpiece lasted just four hours and 10 minutes. Forty-three years later, the Yankees and Red Sox would play a game that lasted four and 45 minutes … and ended in nine innings.

We Went There: Manny Ramirez in Minor League Baseball Paradise