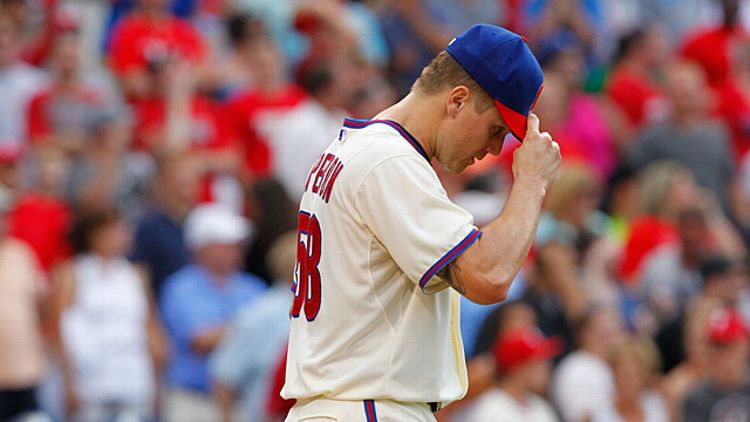 Argument by axiom — by which I mean the disturbingly common practice of rebutting facts with sayings from antiquity — is stupid. In baseball, the axiom of the moment is “Flags fly forever.” It’s a powerful sentiment, one deeply imbued not only in our national identity but in the stand-up comedy of Eddie Izzard as well. But come trade deadline, it means this: If your team is in a position to win a title, the prudent thing to do is go all-in, whether that means trading for outside help at the deadline, risking injury to your pitchers by starting them on short rest, or signing a veteran free agent to a long-term contract that will help the team now, but will likely backfire as he ages.

Sometimes, it’s a worthwhile risk to take. If the price is right and the asset influential enough, and your team is a legitimate contender, go get that piece. If you gut your farm system or sacrifice your financial flexibility going forward, figure that out later. All anybody will remember is the one championship season, not the four .500 seasons that follow. “Flags fly forever.” It’s alliterative and, to a certain degree, it’s true.

The problem is that this axiom is used to justify all kinds of horribly imprudent moves.

To a team on the bubble, or to a team with a glaring weakness that could undermine a potential postseason run, that deadline acquisition could make all the difference. The Detroit Tigers have one of the best lineups and one of the best starting rotations in the game, but boy howdy is their bullpen terrible. Might they go after a Proven Closer, such as Jonathan Papelbon, perhaps trading their top prospect, Nick Castellanos? Sure, Castellanos is a promising young hitter, who could contribute for years at a fraction of the salary his production is worth. But Papelbon could stabilize that shaky bullpen and spur Detroit on to the World Series. It’s well worth giving up Castellanos, no matter how good he becomes, because flags fly forever.

Or so the argument goes.

To the Tigers, what Papelbon represents is an upgrade — a substantial upgrade, even — to a position that will swing the outcome of a game fairly rarely. The worst closers still convert the majority of their save chances, and the best closers still blow games at inconvenient times. You can make the World Series with a terrible closer (as the 2009 Phillies did when they dragged Brad Lidge behind their bandwagon all year), win one with an untested closer (as the 2006 Cardinals did) or lose one with one of the best closers of all time (the 2001 Yankees, the 1988 Athletics, or better yet, the 1998 Padres, who lost in four straight without even giving Trevor Hoffman a save opportunity to convert). Detroit could trade for Papelbon and win a World Series, but it’s far more likely that if they trade for Papelbon, they’ll wind up losing anyway, dealing their top prospect for the right to pay a relief pitcher an eight-figure salary into his mid-30s.

The first case is the team that’s not really a contender to begin with, but needs to make the playoffs soon before the general manager loses his job. Take, for example, the Royals. They traded four prospects for James Shields, a Proven Ace who was sure to catapult Kansas City from 79 wins to 83.

The second is the team that’s going to make the playoffs no matter what, and spends far too much to make a marginal upgrade when the postseason is all but assured. Consider the Phillies, trading for Hunter Pence in 2011, prompting them to win 102 games instead of the 100 they’d have won if they’d have kept going with Domonic Brown in right field. Wouldn’t Jonathan Singleton and Jarred Cosart look good right now in a farm system so bad it’s causing fans to talk themselves into Maikel Franco and Jesse Biddle as potential saviors of the franchise?

Acquiring assets at the deadline represents a calculated risk, like all personnel moves in baseball. How much will this player actually upgrade your team — is he the difference between the playoffs and an early vacation, or is he a luxury? How important is the position you’re upgrading — is this a cleanup hitter or a potential Game 1 starter you’re getting, or just bullpen depth? And most importantly, how much will this acquisition hamstring your team in the future? Because flags might fly forever, but this year’s flag isn’t the only one you’ll have to contest.

The Jalen Rose Report With David Jacoby and French Montana (Plus Video!)