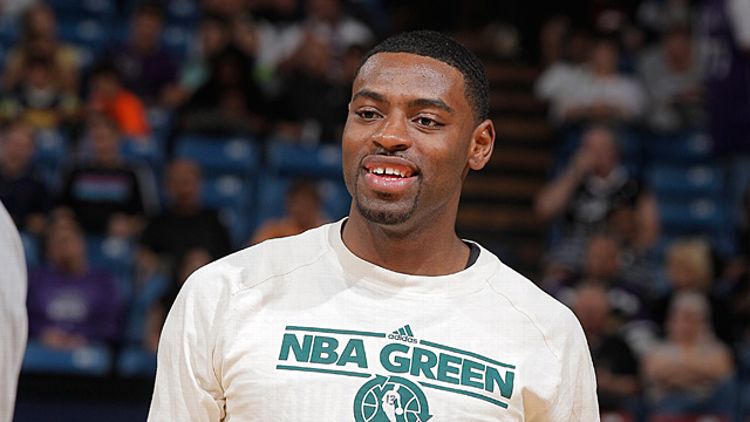 It’s the most wonderful time of the year. NBA free-agency season is officially got under way. Consider this a clearinghouse for all the rumors floating around. Loose lips may destroy cap space, but they also sure as hell make for interesting reading.

The Players: The Pelicans, the Kings, the Pistons, the Hawks, Tyreke Evans’s business manager, that guy who was hoping Tyreke Evans would invest in his Korean BBQ taco truck

The Gist: This seems like seller’s market hysteria to me. The Pelicans reportedly offered Evans a four-year deal between $40 million and $48 million. Tyreke Evans, Jrue Holiday, Eric Gordon, Greivis Vasquez, and Austin Rivers. Keeping Austin is an obvious decision, but someone else has to go. Eric Gordon has shown nothing but Pelican passion and Greivis is named “Greivis,” so I guess that means amnesty Jrue. In the meantime, the Pelicans’ interest in Evans has sparked a little bit of a bidding war, with Detroit, Atlanta, and Evans’s current/former team, the Kings, all wining and dining the combo guard.

The Gist: Blatche signed a one-year, $1.4 million deal with the Nets, keeping him in Brooklyn for another season. Anyone who has bore witness to the wonders that is Andray Blatche running an offense from the point-forward spot will know this is absolute highway robbery on the part of the Nets. You can believe me now, or when they put his face on Mount Rushmore next to Abe, Teddy, Tom, and George. So kudos to Billy King (that’s the first time I’ve written that sentence), but keep an eye on the romance between Blatche and his new teammate, Kevin Garnett. As Steve Aschburner reminded us on Twitter, “Once asked about Andray Blatche, Kevin Garnett simply furrowed his brow, pointed several times to his own chest. Translation: No heart.”

Pack Your Stuff and Stay Awhile

The Gist: Going into free agency on Sunday night/Monday morning, Eric Bledsoe was one of the most-likely-to-be-dealt names out there. Coming to the end of an affordable contract and stuck behind Chris Paul in the Clippers’ point-guard pecking order, Bledsoe was and is a starting talent, sitting on the bench. Whatever the Clippers think they need to get over the hump in the Western Conference, they seem to believe they could get by dealing Bledsoe. Over the last couple days, Bledsoe’s name has come up in trade rumors involving the Mavs (O.J. Mayo), Bucks (J.J. Redick), as well as the Magic (Moe Harkless and some hard pretzels?) and Pistons (hahaha).

Two hallmarks of a Doc Rivers regime are defense and very public, wishy-washy decision-making. So it should come as no shock that Ramona Shelburne is reporting that Bledsoe might want to go get all his crap out of storage. “Doc Rivers just really likes Bledsoe and is in no hurry to trade him, even after looking around a bit.”

Feelings: It should be amusing to watch this play out over the next couple weeks. As for Bledsoe …

According to the Boston Herald, Danny Ainge says the Celtics are not tanking, and are not trading Rajon Rondo, even though teams have called about him. Danny Ainge should run the NSA … Greg Oden is looking at possibly signing with the Heat or Spurs, which means Greg Oden watched seven basketball games last season … Woj says Al Jefferson is talking to Charlotte, because life is short.

The All-22 All-Star Team: The Vikings' John Sullivan