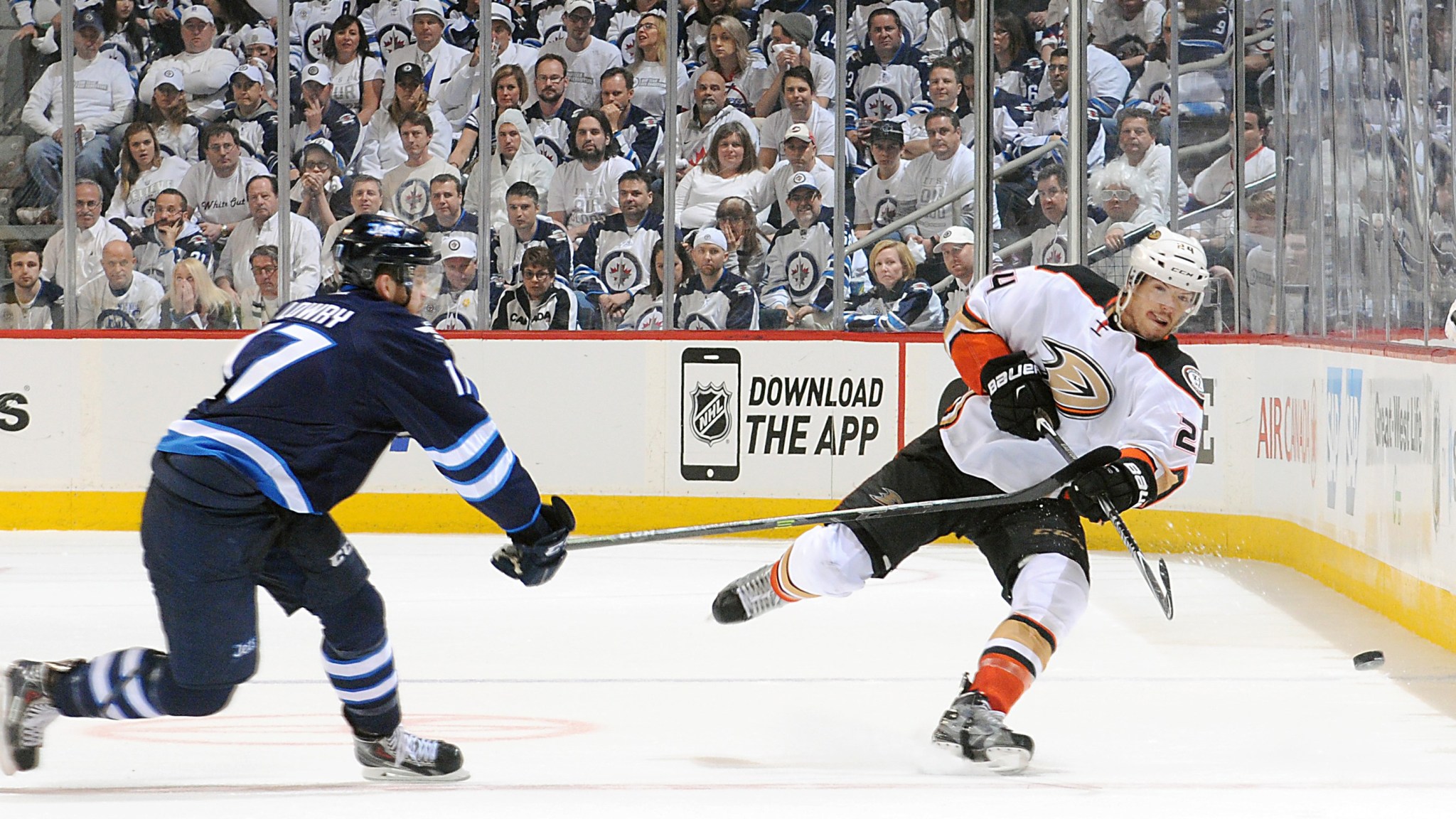 You have to be careful about trusting hockey fans. We’re generally an honest and principled bunch — call it the Canadian influence — but we’ve been conditioned to lie pathologically about certain subjects. My favorite player never dives. (Yes he does, all the time.) Our gimmicky anthem singer is endearing. (No, he’s really not.) Montreal Canadiens ceremonies are always the best. (Only most of them.)

And there’s no bigger hockey lie at this time of year than this one: “the loudest building in the NHL.” That’s because, come playoff time, virtually every building in the league gets that designation from someone, somewhere. It’s become an annual tradition around the hockey world, this daily anointing of some random town as the loudest building in the league, simply because the fans finally bothered to show up and make some noise for a change. There’s nothing quite like sitting in a press box watching tweets scroll by about how noisy it is while thinking, Wait, did I show up at the wrong building? Because it’s not that loud in here.

And so I went into last night’s heavily anticipated Ducks-Jets game in Winnipeg, the first NHL playoff game played in the city in 19 years, fully prepared for noise. I was expecting noise, even hoping for it. But I also came in carrying along a good dose of prove-it-to-me cynicism. And I held on to that cynicism right up until the moment it melted out of my ears and trickled down onto my shoulders, along with what used to be my eustachian tubes and an undetermined number of brain cells. That moment came midway through pregame warm-ups.

Good lord, Jets fans. Maybe ease it up just a bit. Some of us might want to go home and hear our children’s laughter again someday.

This was the sound of one town unleashing almost two decades of pent-up … I’m not even sure what the right word would be. What’s it called when relief and happiness and civic pride become indistinguishable from primal rage? Whatever it is, it was that. A whole lot of that.

And with the noise came the return of one of hockey’s greatest sights: the whiteout. The real one, not the Phoenix version or one of the various other rip-offs out there. We can argue over whether the Jets invented it,1 but there’s no doubt they’ve perfected it. In the years since the last playoff game in Winnipeg, the concept has been borrowed and repackaged by dozens of teams in various sports, almost always supplemented by free T-shirts left on seats by corporate sponsors, all the better to awkwardly pull over a suit jacket. Not in Winnipeg. They don’t do freebies here. They bring their own white shirts. And pants. And hats, and shoes, and wigs, and face paint, and you name it. I’m pretty sure I saw one guy in a hazmat suit. Leading up to the game, Jets fans’ biggest concern was about whether the team’s white jerseys were white enough.2

And so, 19 years after the original Jets fled to Phoenix, four years after the lowly Atlanta Thrashers moved north to be reborn as Jets 2.0, and two games after the Jets and Ducks kicked off their first-round series, the playoffs had come back to Winnipeg.

Oh, right, the Anaheim Ducks. That’s where this whole feel-good story is going to get a little rough around the edges. The Ducks finished the season with the West’s best record for the second consecutive year.3 With a surprisingly weak Pacific Division fading below them, they feel very much like a Cup-or-bust team, certainly not the kind that would accept losing to a mere wild-card crossover like the Jets.

And through the first two games, the Ducks looked the part. Both times, the Jets held a lead in the third period. Both times, the Ducks roared back to win in regulation. Anaheim came into Monday without having even played its best game but was still just a win away from all but ending the series. It was also the West’s best road team, so if anyone could come into Winnipeg and steal one, it should be the Ducks.

But still, that crowd. Players and coaches had talked about its impact earlier in the day. Ducks coach Bruce Boudreau predicted the fans would be “rabid,” adding, “we hope it’s not too intimidating.” He seemed to be only half-joking. Jets coach Paul Maurice talked about Winnipeg fans coming up to him in the streets to say thank you, and how he felt like a teacher who’d finally helped struggling kids turn their grades around. Winnipeg captain Andrew Ladd said everyone would be excited to see the crowd’s reaction — “It’s going to give us some energy,” he said, before adding, “we’ll see if we use it the right way.”

It took us all of 10 minutes to find out that last bit; that’s when Ducks goalie Frederik Andersen bobbled a rebound and Lee Stempniak slammed it home into an open net. The league’s smallest rink very nearly blew its adorably tiny roof off, which would have been bad news because we’d have all frozen to death. (It snowed here yesterday, because in Winnipeg the slogan is “Winter is coming, and then staying as long as it damn well pleases.”)

That lead held up until late in the first, when Cam Fowler beat Ondrej Pavelec to tie the score. Seven seconds later, the period ended and the teams retreated to their dressing rooms, where they apparently decided to play the second without any defense, just to see what would happen.

What happened was a Corey Perry goal immediately followed by a Corey Perry getting-punched-in-the-head-by–Dustin Byfuglien, an ugly cheap shot that could earn the hulking defenseman supplemental discipline but won’t. That sequence didn’t take the crowd out of the game, not quite, but it sure did buckle their knees. But the Jets quickly unbuckled them, killing off Byfuglien’s penalty and then regaining the lead on goals from Tyler Myers and Blake Wheeler.

When the two sides weren’t scoring, they were mashing each other at every opportunity, with seemingly every player reacting to the sight of an opponent the way one presumes Sabres GM Tim Murray would react to the sight of an NHL lottery machine. These are two big teams that like to hit, and they’ve been playing big-kid hockey since the opening faceoff three games ago. The best of Monday’s hits came from Anaheim’s Matt Beleskey, who plastered Adam Pardy behind the Jets net to help create the tying goal from Jakob Silfverberg.

It stayed tied for all of two minutes, until Bryan Little’s goal, which saw him pick off an errant clearing attempt and hammer it by Andersen. That gave the Jets a 4-3 lead to take into the second intermission, the third straight game they’d led entering the third period. And for the third straight game, they couldn’t hold it. Ryan Kesler tied the game with two minutes left and followed that with a nice little celebration aimed at a crowd that had serenaded him with “Kesler sucks” chants all night long. A late Jets power play yielded nothing, and off to sudden death we went.

Hockey crowds sound different in overtime. They always have. They want to be loud, and they want to project the sort of “we’ve got this” confidence that the home team can feed off, but it’s hard to cheer too loudly with your spleen in your throat. This crowd was no different, with 15,000 people dressed head-to-toe in white worrying the whole thing was about to transform into a wake.

The good news for Jets fans is that the agony didn’t last long. Just five minutes in, Ducks forward Rickard Rakell tipped a point shot past Pavelec, and it was all over.

Dead silence. An almost all-consuming silence. The quietest building in the NHL.

And then, one last “Go Jets Go” — not at full volume, and not from everyone, because thousands had already made the sprint for the exit the moment the puck found the net. But just enough to be heard. Call it a final act of defiance.

“It was pretty amazing,” Myers said after the game. “Even coming out for warm-ups … I got chills skating out for the first time and seeing the big whiteout. The fans exceeded any expectations we had.”

Game 4 arrives tomorrow night. For Winnipeg, it may be the last of the season, as the Ducks look to wrap up the series. A dejected Jets team said all the right things about staying the course and not getting down, but they know it’s almost over. We’ve seen teams pull off the miracle before, but if the Jets couldn’t find a way to win on this night, in front of this crowd, then you wonder if it’s just not meant to be.

For now, Jets fans are left with a bitter loss, possibly paired with mild hearing damage. It will take a long time to get over this one. Maybe not quite 19 years long, but it will probably feel close.

But still … that crowd.

“We knew it was going to be loud. We knew they’d be a very good crowd,” Myers said. “But that was pretty special.”