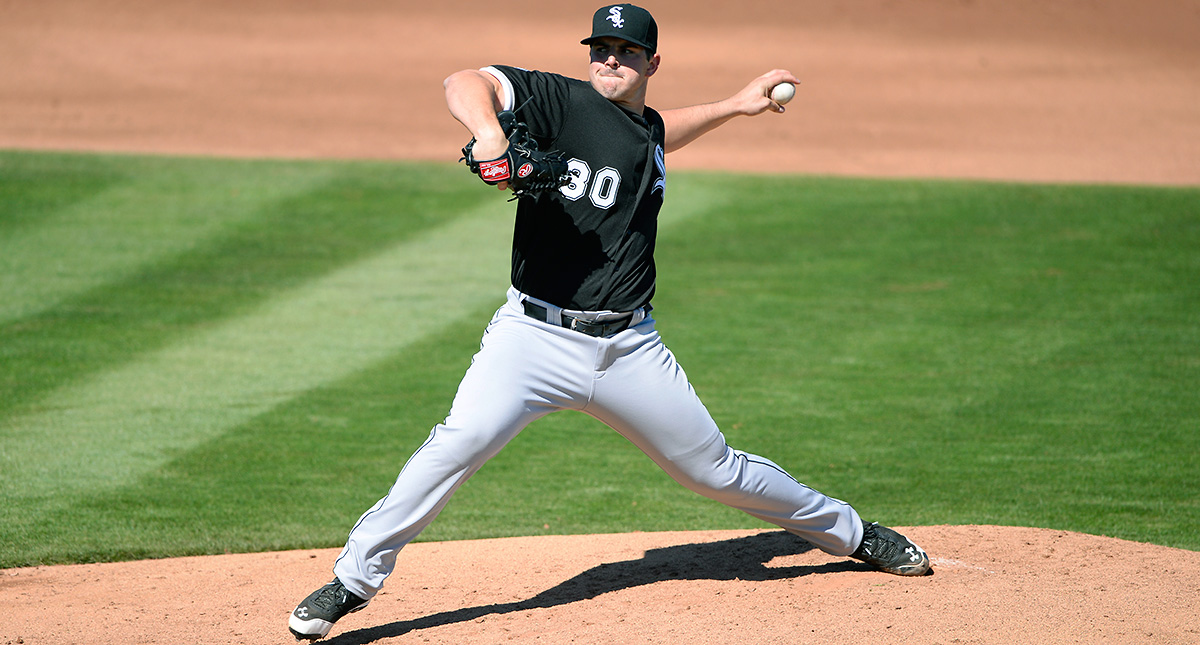 Chicago’s two baseball teams have a bit of a Beatles–Rolling Stones dynamic. The Cubs are the Beatles. They get all of the attention and all of the historical navel-gazing. They have the beloved ballpark, the renowned club president,1 the bright-colored uniforms, and an adorable mascot who doesn’t wear pants, a possible homage to their legendary broadcaster after his ninth old-fashioned of the night. Their most famous player toiled for decades without sniffing the postseason and most famously said, “It’s a beautiful day for a ballgame. Let’s play two.” Which is what a ballplayer would say if he were haunted by the ghost of Fred Rogers. And then there’s the curse: the goat, the drought, Steve Bartman. The Cubs are the straight-to-DVD Red Sox.

There’s something mainstream, almost corporate about the Cubs, right down to their top prospect. I love Kris Bryant, and he’s so beautiful, so perfect, so uncomplicated that he fits right into that G-rated veneer of Cubbiness.

That’s great, and Bryant’s going to be awesome — but I’m a Stones guy.

And so he wasn’t the Chicago super-prospect whose April call-up gave me the sensation of standing in a walk-in freezer on a 100-degree day while wearing a brand-new pair of athletic socks.

Carlos Rodon was. Rodon, whom the Sox promoted on Monday, went third overall in last year’s draft as a 6-foot-3 pillar of muscle out of NC State. Then and now, he looks like he wears his hat pulled low over his eyes and his pants rolled up to his knees because the equipment guys couldn’t find clothes to fit a person his size. Physically, he’s got the thick build and high leg kick of a power pitcher in the mold of Roger Clemens.

Unlike Clemens, Rodon is a left-hander who can throw a 95 mph fastball while sustaining a starter’s workload. That’s rare enough, but because Rodon sometimes has trouble locating his heater, that’s not the pitch that gets people so worked up about him.

Vertebrate life first emerged on this planet about half a billion years ago, and species have taken different evolutionary tacks since then. Sharks, for instance, are the perfect aquatic predator, honed to precision over the course of time. Rodon is also the end result of half a billion years of evolution, as if some of those early fish of the Cambrian era decided that one day, a scion of their line would throw the perfect 80-grade slider, and so 500 million years went into creating a living being who could do this:

That’s a magnificent, graceful, sweeping slider. Against left-handed hitters, Rodon throws it to the same effect as a bully taking a smaller child’s hat and holding it out of reach. Against righties, he’ll throw it to the outside corner, and back-dooring a breaking pitch with such extreme horizontal movement is like sending Voyager 1 past Jupiter so that it gets an extra gravitational assist. Failing that, he’ll throw the slider inside, like a guided missile aimed at a right-handed batter’s back foot.

Rodon’s slider is as beautiful as it is destructive, like a hurricane viewed from space, or a pietà made out of guns. It visits his righteous vengeance on the left-handed and the right-handed, the righteous and the wicked, on enemies foreign and domestic.

Rodon will employ that slider out of the bullpen to start, a decision that runs counter to the conventional wisdom that, at least after what happened to Joba Chamberlain, says not to put a future starter in a major league relief role. But this is a different case.

Developmentally, the best thing for Rodon is to face major league competition full time, and after his three years against top college and international competition and half a year in the minors, the White Sox know he can turn over a lineup and pace himself for 100 pitches or more. After he took on a heavy burden his sophomore and junior seasons in Raleigh, though, temporarily reducing Rodon’s workload probably isn’t the worst thing for him, and a few weeks of pitching an inning or two at a time will bail the White Sox out of the Strasburgian bind the Nationals got themselves into in 2012.

Plus, whether he’s in the bullpen or the rotation, Rodon will be under the tutelage of Don Cooper, Chicago’s longtime pitching coach and possibly the most valuable uniformed coach or manager in baseball. Cooper coached the incredible starting rotation that won a World Series in 2005, and since then he’s revitalized the careers of dozens of broken-down or marginal pitchers. Imagine what he’ll be able to do with a talent like Rodon.

Or, if you’re not feeling particularly imaginative, consider what happened the last time the White Sox drafted a slider-happy college lefty, called him up to the majors after less than a year in the minors, and let him learn under Cooper while working out of the bullpen before sending him back to the rotation.

This plan worked out pretty well for Chris Sale.

Ordinarily, it’s not a good idea to get this hyped up over a 22-year-old who hasn’t thrown a major league pitch. But in Rodon’s case, I’ll make an exception. I expect him to stockpile strikeouts, innings, and wins the way a survivalist stockpiles cans of beans, and to be inordinately fun to watch while he does so. And I expect him to do this because I’ve never seen him do anything else.