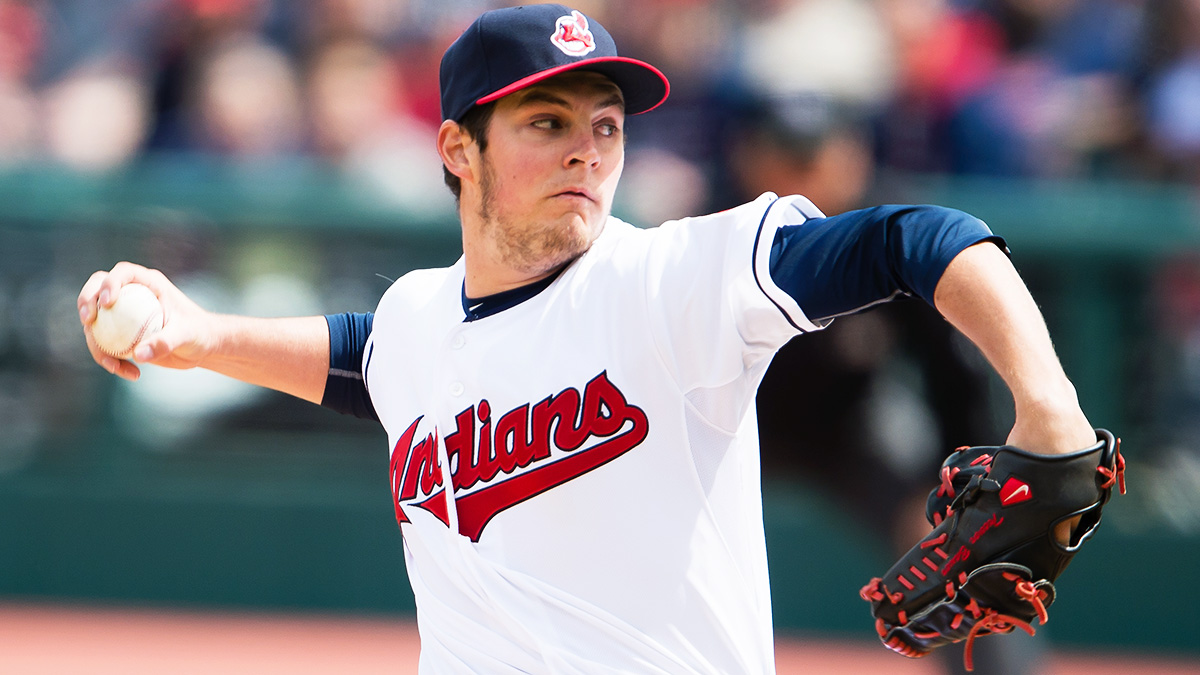 For starters, I love college pitchers. Of all the possible origins for a major league baseball player, a power conference school product is my favorite. Bauer pitched at UCLA before going third overall in the 2011 draft, and because he played for the Bruins and pitched in the College World Series, we got to see him in his purest form, as a kid beating up on players he was obviously better than. That’s the best time to watch a player like Bauer — to get excited about potential before reality rips apart the dream.

Every spring, college baseball fans fall in love with dozens of pitchers like Bauer. We watch them for three years, and when they go pro, we often as not never see them again. Sometimes they get hurt and sometimes they simply aren’t good enough to play in the majors. And even if they do make it to the big leagues, they’ve usually been worn down spiritually by the professional game and the real world; where they were once full of joy, conducting chicken fights during rain delays, they come out of the minors looking like they’ve run the Iditarod in prison. With a guy who was a great college pitcher, at least we have the memory of happier times.

At UCLA, Bauer was a heady engineering major who looked like Wes Bentley in American Beauty and just happened to have nearly telekinetic command of his curveball. He’s a genetic freak, one of a select group of power pitchers who don’t look like power pitchers. Power pitchers tend to look like Bauer’s UCLA teammate, Gerrit Cole. They’re third-pairing NHL defensemen from the 1990s: tall, dead-eyed, and thick, with stubble and long hair that’s somehow always wet, like John Corbett’s in Northern Exposure. Once in a while, though, we see a normal-size person like Roy Oswalt, Pedro Martinez, or Tim Lincecum, who can do what the big dudes can. Bauer is not of their quality yet, but he’s got the physical tools to be that kind of pitcher. His potential is tantalizing.

Bauer is also an iconoclast and a nonconformist. Baseball is a conservative sport in manner and philosophy, with a culture that’s slow to change, and that loves nothing as much as its own mythology. Young players with strong ideas are unwelcome at best. Sometimes, even young players who want to fit in are subjected to physical and emotional abuse1 at the hands of one of the game’s great morally upstanding figures and cowed so comprehensively, beaten so entirely into submission, that decades later they parrot the same empty rhetoric back to future generations about how being beaten up by one’s coworkers is good for a young person. Baseball hates iconoclasts and nonconformists, and I hate baseball right back for it.

Bauer broke into professional baseball with his own convictions about how to pitch and how to take care of his body, including a notorious and spectacular long-toss program that flew in the face of conventional wisdom. He came into the major leagues as a 21-year-old who had ideas and wasn’t afraid if the media or the Diamondbacks higher-ups who drafted him knew it. The story is so often told in the normative language of the athlete not sublimating his own wishes and judgment for the betterment of a team that ended up jettisoning him via trade when he refused to do so. But here’s what Bauer really did: He, as a young man in a gerontocratic profession, told his employer that he’d be the master of what’s best for his career. You could say he retook agency over his own body.

Whether Bauer was actually right or just thought he was isn’t the point. The point is that he did what so many more young athletes should do in a system that simultaneously hates and exploits them: He told his employers to go fuck themselves. And even in professional baseball, few employers have recently needed to fuck themselves more than the Arizona Diamondbacks.

The kind of pitcher who allows zero hits over his first nine innings of the season,2 while striking out 15 and walking seven, is necessarily a pitcher who will operate only on his own terms, thinks he can do everything himself, or is on some level afraid of his defense. Nolan Ryan was the archetype of that pitcher, and it’s not the best, or smartest, or most evolved approach. Still, I love that Bauer, having been humbled by professional failure to this point in his career — in the form of astronomical walk rates, demotions, and general ineffectiveness — is still on some level the child who went to the Diamondbacks’ coaching staff and said, “I know better.”

It doesn’t matter immensely to me whether Bauer is ultimately successful in blazing his own path, but it matters to me that he’s trying while playing a sport that’s an entertainment venture in which entertainment for its own sake isn’t on the first page of priorities. Baseball prizes conformity over experimentation and efficiency over creativity, and when the boat does get rocked, it’s always an authority figure — a coach, a general manager — doing the rocking. Players are chess pieces, assets, interchangeable tools, or “property of.” It’s why the smiling, naive college juniors we see in Omaha every June are dead-eyed professionals, exquisitely crafted clock-punchers, by the time they get to Yankee Stadium.

Every act of professional indiscipline Bauer commits, every instance of technical disobedience, is a strike back at a structure that seeks to minimize the humanity of the players, the very people we pay to see.

He’s the stone trying to erode the sea.

I love Trevor Bauer, and I thought y’all ought to know.