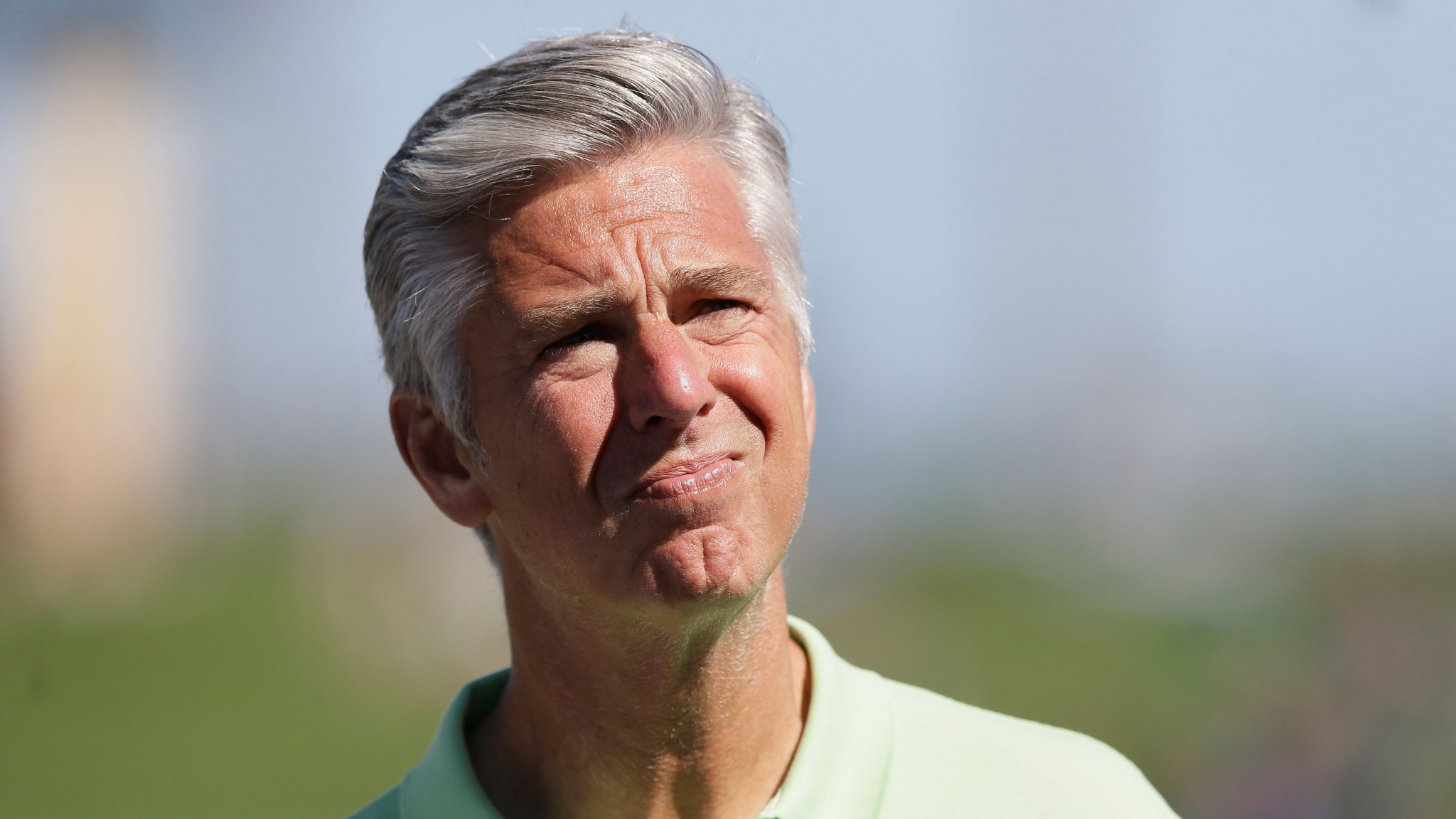 Yesterday, in a bombshell that completely reshapes Boston’s front office, slaps a coda on wildly disappointing seasons for two of the game’s biggest glamour franchises, and could have a much bigger effect than any move the Sox might’ve made at the deadline, the Red Sox announced the hiring of former Tigers GM Dave Dombrowski as their new president of baseball operations.

Both Detroit and Boston carried high hopes into the season. The Red Sox were picked by many pundits to go worst-to-first after a dramatic offseason roster overhaul. Meanwhile, the Tigers were coming off four straight division titles and looked primed to at least contend for another one. Instead, each team is now likely headed for a sub-.500 finish and a much different future than either would’ve imagined just a few months ago.

The arrival of Dombrowski, who was fired by Detroit earlier this month, also marks the end of Ben Cherington’s four-year tenure in Boston. Dombrowski had offered to keep him as the team’s GM, but Cherington, who’d been with the franchise since 1999, opted to step down instead since the move essentially removed his power. Cherington’s time in Boston was defined by extreme highs and even more extreme lows, and his legacy remains complicated. He leaves Dombrowski with plenty of dynamic young talents, but also a slew of fungible players and horrific contracts.

During Cherington’s stint as vice-president and general manager of the Red Sox, Boston finished in last twice and look set to end this season at the bottom of the AL East, too. The one year they didn’t bring up the rear, though, they won the freaking World Series. Cherington essentially went 1-for-4, with a trio of three-pitch strikeouts and a grand slam.

The most recent swing-and-miss came last winter, as Cherington brought in two big-name, big-money free agents with potentially massive downsides. When the Sox signed Hanley Ramirez and Pablo Sandoval to long-term deals worth a combined $183 million this offseason, there were plenty of reasons to be concerned. A few months into Ramirez’s contract, it’s already a spectacular failure, and Sandoval’s deal doesn’t look any better. By Wins Above Replacement, Sandoval rates as the second-worst position player in all of baseball, Ramirez the third-worst.

The other major black mark against Cherington is the team’s failure to land competent pitching during the offseason. Rather than pursue one of the big-ticket starting pitchers available this winter via free agency, or even cash in some of the team’s huge stockpile of top prospects in a trade, Cherington tried to build a rotation full of no. 3 and no. 4 starters, with the hope that a loaded offense could win a bunch of 7-5 games. It hasn’t worked, and the offense has underachieved, making those pitching holes all the more painful. Justin Masterson has tossed just 59.1 innings and been terrible, Wade Miley has stayed healthy but owns a 4.58 ERA, and the bullpen — left mostly untouched over the winter — has struggled, except for Koji Uehara, who is now out for the rest of the year.

Granted, doling out massive deals to pitchers is always a risky proposition, and the Sox have done a good job of avoiding peppering their roster with CC Sabathia–style albatrosses as a result. Cherington’s reluctance to give a pitcher a long-term deal thus makes sense — until you consider the gobs of cash he gave to Rick Porcello. The Ramirez signing left the Red Sox with more outfielders than available lineup spots for outfielders, so Boston dealt multi-tool star Yoenis Cespedes (and two other players) to Detroit for Porcello in December. Though Porcello lacked the kind of huge strikeout numbers you’d like to see from a frontline pitcher, the Sox believed that a durable, mid-twenties right-hander with big ground ball tendencies would be the perfect fit at Fenway Park. In fact, they liked the idea so much, they gave him a four-year, $82.5 million contract extension before he ever threw a single regular-season pitch for the team. With the fifth-highest home run rate and highest ERA in the American League, that contract looks like yet another Cherington disaster.

Despite those ugly deals, Cherington left the farm system (and the major league roster) stocked with young talent. Though the Sox had prolonged discussions with the Phillies for Cole Hamels, the now-former Sox GM never pulled the trigger on a deal that would’ve sent multiple top prospects to Philly for the lefty ace. With 22-year-old Mookie Betts in center field, 22-year-old Xander Bogaerts at short, and 23-year-old Blake Swihart at catcher, there’s an up-the-middle combination with the potential to thrive for at least the next half-decade in Boston.

Even with those players, plus 28-year-old Cuban outfielder Rusney Castillo and 25-year-olds Jackie Bradley Jr. and Travis Shaw all in the majors, the Red Sox still own the best farm system in baseball, according to ESPN’s Keith Law. Twenty-year-old Cuban infielder Yoan Moncada has the kind of skill set that has many observers predicting superstardom, 18-year-old Dominican infielder Rafael Devers was rated a top-15 prospect by both Baseball Prospectus and Baseball America last month, and 20-year Dominican outfielder Manuel Margot also gets high marks from prospect hounds.

Just as it did on Opening Day, Boston’s weakness lies in its lack of frontline pitchers. Yet, 23-year-old Henry Owens, 25-year-old Matt Barnes, and 22-year-old Eduardo Rodriguez, whom Cherington got from the Orioles for a two-month rental on Andrew Miller, could form a solid foundation to build upon.

Even with all the losses, you can count the number of GMs who’ve won a World Series and also built and retained a group of prospects that good on one hand. Cherington is probably going to get another high-level job very soon.

The Future Under Dombrowski

In Dombrowski, the Red Sox get a 37-year veteran of major league front offices. He’s made his name by rebuilding struggling franchises into powers. In 1988, Dombrowski became the Expos GM at 31,1 making him the youngest one in the game at the time, and he built the foundation for the excellent 1994 team that might’ve made a run at the World Series if not for that year’s strike. By that time, he’d already left for the same position with the Marlins, where he presided over the team that won the 1997 World Series and also put together the pieces for the completely rebuilt 2003 champs. Once again, though, he left before the crest of success, taking the GM job with the Tigers in 2002.

With Detroit, Dombrowski had to rebuild a franchise in even worse shape than the Marlins. In his second season as president and GM of the Tigers, Detroit lost an unfathomable 119 games. Three years later, the Tigers stormed to the World Series. Five years after that, the Tigers started a new divisional winning streak, one that netted them four straight AL Central crowns.

If there are two traits that define Dombrowski, they’re his ability to win trades and his loyalty to former players, managers, and assistants. When Jim Leyland stepped away from baseball two years after his ’97 World Series win in Miami, Dombrowski called him back to take over the ’06 Tigers. When Dombrowski went from Miami to Detroit, he took trusted assistant Al Avila with him, and Avila took over as the Tigers GM when Dombrowski was fired earlier this month.

The best-case outcome of Dombrowski’s defining characteristics is Miguel Cabrera. A mega-talented prospect who came up as a teenager and helped push the 2003 Marlins to that second title, Cabrera soon (and predictably) became too expensive for Marlins owner Jeffrey Loria. In December 2007, Dombrowski landed Cabrera and Dontrelle Willis for Andrew Miller, Cameron Maybin, Mike Rabelo, Burke Badenhop, Frankie De La Cruz, and Dallas Trahern — a trade that remains one of the most lopsided exchanges in baseball history.

Critics of Dombrowski’s note that the Tigers have fallen on hard times after those four straight division titles that Cabrera helped engineer. But it’s also a poorly kept industry secret that Dombrowski was forced to repeatedly kowtow to the short-term desires of 86-year-old owner Mike Ilitch when it came to personnel decisions. Prince Fielder’s ludicrous $214 million contract? Inking Verlander and Cabrera to gigantic extensions two years before they could even test free agency? Re-signing Victor Martinez to a four-year extension after a flukish 2014 season? All at the behest of Ilitch.

The biggest knock on Dombrowski’s tenure in Detroit is his inability to draft well, as he left behind a farm system that was near barren until the David Price and Yoenis Cespedes trades netted some reinforcements. At least at the start, that won’t be an issue in Boston.

What might cause some consternation is that Dombrowski isn’t exactly analytically inclined. His track record makes it clear he values scouting and player-development principles above all else, and the early rumors that he might hire one of his old lieutenants, former Braves GM Frank Wren, as Boston’s new GM further underscores that scouting-over-stats approach. Of course the Red Sox organization has been steeped in numbers for years, and Dombrowski will have plenty of analytical support within the baseball ops department to complement his own skill set.

All in all, the Red Sox get one of the best front-office guys in the sport. Given his track record, you can bet on Dombrowski not settling for an army of Justin Mastersons serving up meatballs to be pounded over the Monster. Beyond the Cabrera heist, remember that Dombrowski pulled off the following deals: Max Scherzer, Austin Jackson, and Phil Coke for Edwin Jackson and Curtis Granderson; Cespedes, Alex Wilson, and a prospect for Rick Porcello. He also acquired Doug Fister, Anibal Sanchez, and Omar Infante for what turned out to be next to nothing. When it comes to landing quality players without giving up assets his team will regret ditching, few do it better than Dombrowski.

Three (likely) last-place finishes in four years, plus the Ramirez, Sandoval, and Porcello albatrosses, won’t be easy to undo. But the Red Sox have the wealth of young talent and mountain of cash any rebuilding front office would want to get back into contention. And now they also have Dealin’ Dave, the man charged with landing marquee players to complement those top prospects. Luckily for Boston, there’s a track record to suggest he can do so without mortgaging the future.