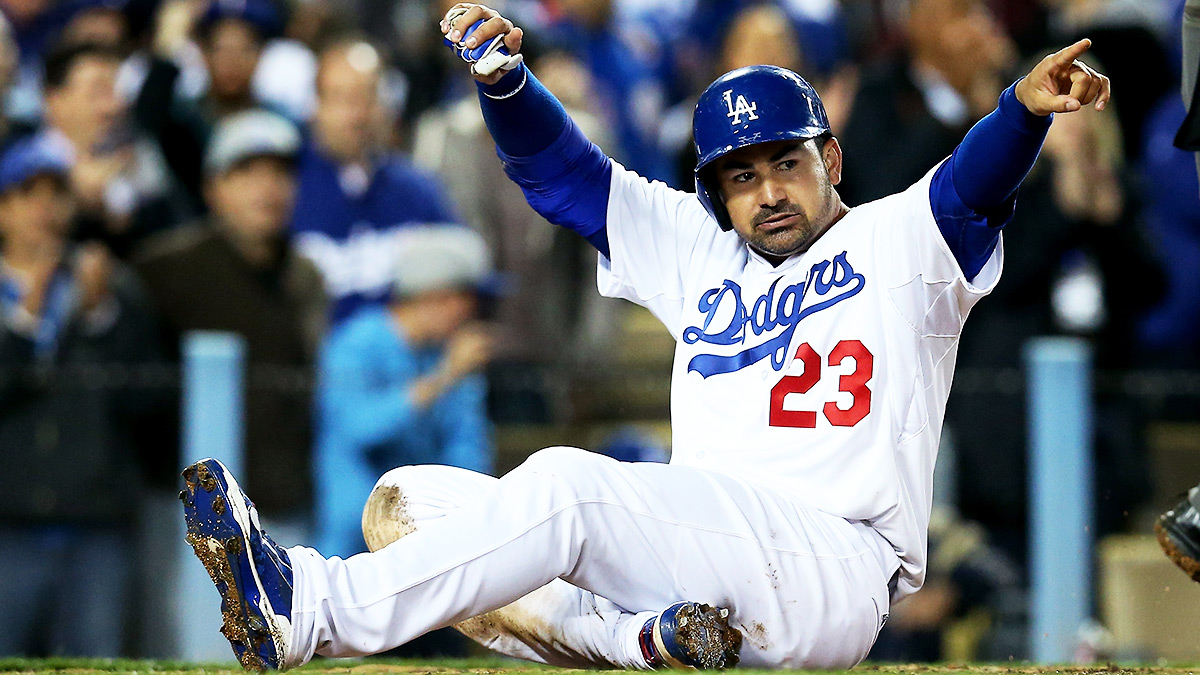 The following is an excerpt from the 11th Inning of Ken Burns’s Baseball, released in March 2021.

NARRATOR: The Los Angeles Dodgers entered the 2015 season having won four division titles in seven seasons. But without a pennant to show for it, the richest team in baseball shook things up. New front-office leadership cleared Matt Kemp’s giant contract; brought in the veteran double-play combination of Jimmy Rollins and Howie Kendrick; and promoted 22-year-old outfield prospect Joc Pederson. The Dodgers entered the season as heavy favorites in the NL West.

GEORGE WILL, WRITER: The economics of baseball are almost uniquely laissez-faire among sports, which allows a team with the incredible economic might of the Dodgers to bring such financial wherewithal to bear on its opponents. They did just that in the early 2010s, using money as a representation of how much they valued winning. Think of the mercenary armies of the 18th century: If two nations went to war with each other, the side that valued victory the most would hire the best mercenaries.

ALYSSA MILANO, ACTRESS: We’d just kind of gotten used to Adrian Gonzalez being pretty good, but something had changed in the first week of 2015. He was 3-for-5 with a home run on Opening Day, then 3-for-4 with another home run the next day.

TITLE CARD: “The Man From Mildon”

MICHAEL BAUMANN, WRITER: Sports fans will freak out over any little thing, and in the first week of the season, when these statistical blips aren’t covered up by months and months of at-bats … it’s the worst. So it never occurred to me that Adrian Gonzalez — who’d been a very good hitter for years, but entering 2015 was just a little over the hill — it never occurred to me, to anyone, that he could hit .600 and slug 1.400 for 162 games. Until he did.

NARRATOR: After Opening Day, Adrian Gonzalez’s batting average never dropped below .500 in 2015. By May 1, he’d hit 24 home runs. On his 33rd birthday, May 8, Gonzalez hit five home runs, breaking the major league record. On June 1, he broke the Dodgers’ single-season record with his 50th home run.

JONATHAN PAPELBON, PHILADELPHIA PHILLIES: Pitching to Gonzalez that year presented a particular challenge. He obviously hit extremely well, but it would have been one thing if you knew he’d homer every time up. He still made outs, but only about a third of the time, which presented an irresistible challenge for a pitcher. Baseball players are imbued not only with self-confidence, but with a competitive spirit that’s encouraged in all athletes, so I’d keep trying to get him out, keep throwing him strikes. It was like something out of Greek mythology, the combination of our own hubris and the myth of Tantalus — Adrian kept dangling those outs in front of us, but any victory was temporary.

BAUMANN: All year long, all we in the media wanted to know was how he was doing it. There were rumors about steroids, but we didn’t know of any steroid that could make a player hit like this.

PAPELBON: Clearly Adrian wasn’t on PEDs. He tested clean all year, and even if he hadn’t, how come he got … I mean, there’s no substance that lets you hit .600.

MILANO: It was part of being a baseball fan after Barry Bonds: Anytime a player, particularly an older player, did something special, a part of you always suspected drugs. It’s not fair, and of course, we know now that Adrian was clean.

(Archival footage of a press conference on October 5, 2015. Gonzalez, wearing a dress shirt and slacks, stands at a dais.)

GONZALEZ: Good morning, everyone. I’ll read a statement, then take your questions. I’m very proud of my achievements this season, not only for the personal pride and joy I’ve derived, but also because of what they mean for my team. I’m proud of our accomplishments and look forward to the coming postseason. 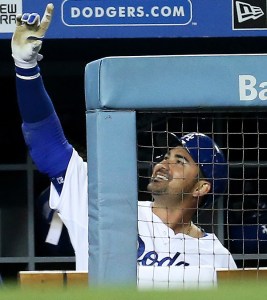 Stephen Dunn/Getty ImagesMany of you have been shocked by the suddenness of my transformation, and I understand. I’ve been asked many times about what’s been different this year, and I have dodged questions so far. Today, I will tell the whole truth. On the eve of the season, I was visited by beings from the planet Mildon. These extraterrestrials can shuttle through space and time, and indeed, through dimensions as they so choose. Before the season, one of them appeared suddenly within the space I occupied in the bathroom of the Dodgers clubhouse. I was briefly pulled into the future, and my DNA was intermingled with the Mildonian explorer’s. The experience, to put it briefly, has granted me unusual physical and intellectual prowess, abilities that have allowed me to predict the future and manipulate matter.

MILANO: I was stunned. I mean, there’s nothing wrong with that, right?

WILL: My initial suspicion was that Gonzalez was attempting to determine the boundaries of credibility — if we’re willing to believe a player can hit .662, then surely it’s not out of the realm of possibility that such a player would have been visited by aliens, who granted him such powers as Gonzalez described in that press conference.

NARRATOR: Gonzalez’s story was true. After the season, the Dodgers tested his reflexes and strength and found that they were beyond the capabilities of any player they’d previously seen. Gonzalez’s coming out as partially extraterrestrial sent shock waves through the worlds of baseball and science.

NARRATOR: In the end, commissioner Rob Manfred announced that Gonzalez was still eligible to play, and that his season’s statistics would stand.

MILANO: It was a little weird after that, because we started to realize that the slightly greenish glow to his skin wasn’t just something wrong with the TV picture. But as a Dodgers fan, I don’t care if he’s from another planet if he’s hitting .662.

PAPELBON: It just seemed like a weight was taken off his shoulders after that. He just seemed more comfortable in his own skin, and it showed on the field.

NARRATOR: Gonzalez homered in his first nine postseason at-bats as the Dodgers swept the Pirates in the first round, then went 4-for-5 with 13 walks against the Nationals in the NLCS.

MILANO: First World Series in almost 30 years — even with Gonzalez in the lineup, I was nervous. But we won the first three games, even though Boston was walking him pretty much every time up. But in the bottom of the ninth inning in Game 4, he came up with the bases loaded and the game tied, and that was the most incredible thing I’d ever seen.

BAUMANN: He’d come up something like 19 times in that World Series, and I think Boston had pitched to him twice in four games. But if the Sox walked him there, the series was over. So Koji Uehara started feeding him sinkers. One after the other, and eventually Gonzalez worked the count full.

MILANO: And that home run was just so incredible, maybe 30 rows deep, and I was jumping around, and everyone’s shouting and hugging and crying, and I wasn’t really paying attention to what was going on down on the field until I heard, like, a zapping noise.

PAPELBON: I’m not a professional astrophysicist, of course, or trained in any kind of science, but I’d always had a strong predilection for the subject as an amateur, and just watching on TV, the flash of light, the burn marks on home plate, the purple shock wave that rippled through the stadium — that’s always what I’d imagined the closing of an interdimensional portal to look like. Of course, you’d assume that anything with the energy to transcend dimensional boundaries would lay immediate waste to something as fragile and petty as a baseball stadium, but evidently the Mildonians have managed to harness that kind of discharge safely.

MILANO: It’s kind of bittersweet, that he was gone right after that World Series. But I just try to remind myself that he never really fit in here after the DNA transfer, and now he’s gone home. Where he belongs.