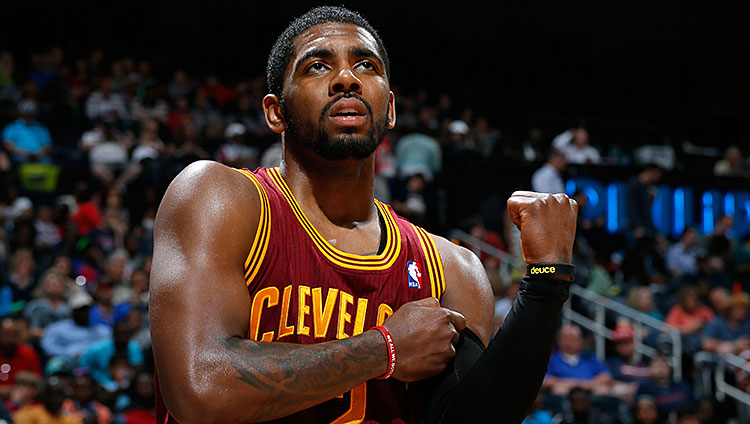 There are very few NBA players who arrived as such fully formed, ready-to-wear brands as Kyrie Irving. An 11-game career at Duke served as the perfect coming attraction. He seemingly walked off campus in Durham and right into a huge Pepsi campaign, along with the role as Cleveland’s post-LeBron franchise savior. After winning the 2011-12 NBA Rookie of the Year award, it seemed like we had an honest to goodness megastar on our hands, someone who would, with time, join Kevin Durant and LeBron James as one of the NBA’s most marketable faces. And if it felt like there was a little more flash than bang, it didn’t matter. Those flashes were something special.

Irving had a wonderfully mythical second season, marred by injury and remembered for a black mask and a 40-plus-point Madison Square Garden performance. But as this fingernails-on-a-chalkboard season has gone on, the cracks in the façade have started to show. We’ve watched as a young man tried to match the script that had been written for him but failed. And it’s been an example of just how hard it is to be a true superstar in this league.

This has been a season in Cleveland lowlighted by the Anthony Bennett bust talk, the firing of general manager Chris Grant, and unrest in the locker room. The Cavs have been mediocre over the last couple of weeks, and in this Eastern Conference, that’s enough to be on the cusp of the playoffs. But even with Atlanta and New York playing “no, after you” with the eighth seed, Cleveland looks hell-bent on self-destruction. Things seemed to have stabilized a bit — perhaps the locker room settled with the arrival of vets like Luol Deng and Spencer Hawes at the trade deadline — but that looks to have been an anomalous moment of peace in a locker room where it is war all the time.

A couple of weeks ago, Cleveland Browns wide receiver Josh Gordon went on First Take and wound up talking about the fractious Cavs duo of Irving and Dion Waiters, telling Skip Bayless, “I talked about it with Dion … He’s my neighbor in my building, so we hang out all the time. I’m aware of the rift in the locker room. That’s just alpha males and supreme athletes trying to share the spotlight.” He went on to say it “might play out better” if one of the two were traded out of Cleveland.

First of all: Gordon, Waiters, same building. I need that television show. Who is the Kramer and who is the Jerry here? Second of all, this did not sit well with Irving. He told the Akron Beacon Journal, “Guys like Josh Gordon need to stay in his sport and mind his own business. Does he still play for the Browns? I’ll continue to root for the Browns, but in terms of this stuff here, what goes on in this locker room, he needs to stay out of it.”

“Does he still play for the Browns?” Remind me to join a fantasy league with Irving. This was all compounded by the tiff Irving got into with ESPN’s Brian Windhorst. In an interview with Cavs the Blog, Windhorst — who knows as much about the Cavs as a human really can — called Irving “immature” and “defeatist.”

There are a ton of great bits in the Windhorst interview — including frank assessments of Tristan Thompson, Deng, Hawes, and the rumors of Isiah Thomas coming to Cleveland in a Phil Jackson basketball czar kind of role — but the best is saved for last. Windhorst tears Irving limb from limb:

“The truth is [Kyrie’s] camp has been putting out there for years — years — that he doesn’t want to be in Cleveland. That they don’t want him in Cleveland. He doesn’t like Mike Brown. He didn’t like Chris Grant. He doesn’t like Dion Waiters. He’s already gotten a General Manager fired. He might get Mike Brown fired. This is the last time — once he signs he loses all of his leverage — so this is the last time he gets to enact leverage.”

Kyrie did not appreciate the constructive criticism.

Sick to my stomach with all these rumors and accusations. Can I play without media guessing at my life and putting B.S out for headlines.

Irving has a marketable face and a GIF-able game, and he is now becoming the poster boy for just what kind of dice roll it is for NBA teams when they turn their futures over to 20-year-olds.

The very people who are questioning Irving’s maturity, wondering whether he’s even worth a max deal, calling him a coach killer … they’re the same folks responsible for building him into a messianic figure in the first place. Irving was not just asked to learn the NBA game, but to save a franchise still reeling from LeBron’s departure. And he was asked to do so, more or less, on his own.

A lot more is probably going to come out in whatever postseason autopsies occur with the Cavs. Maybe they’ll have another coach next season, or another general manager. Maybe they’ll make some moves and we’ll find out that Irving wasn’t the problem, he just needed some solid teammates all along.

But with so many clubs racing each other to the bottom of the standings in order to turn their futures over to someone like Andrew Wiggins or Dante Exum, the story of Kyrie Irving is an instructive one. These guys can only do so much. Asking a teenager to transform your franchise is a risk. It’s almost like you have to win the lottery twice: once to get the right player, and once to get the right person.