An Idiot’s Guide to the Pilot Flying J Rebate Scandal 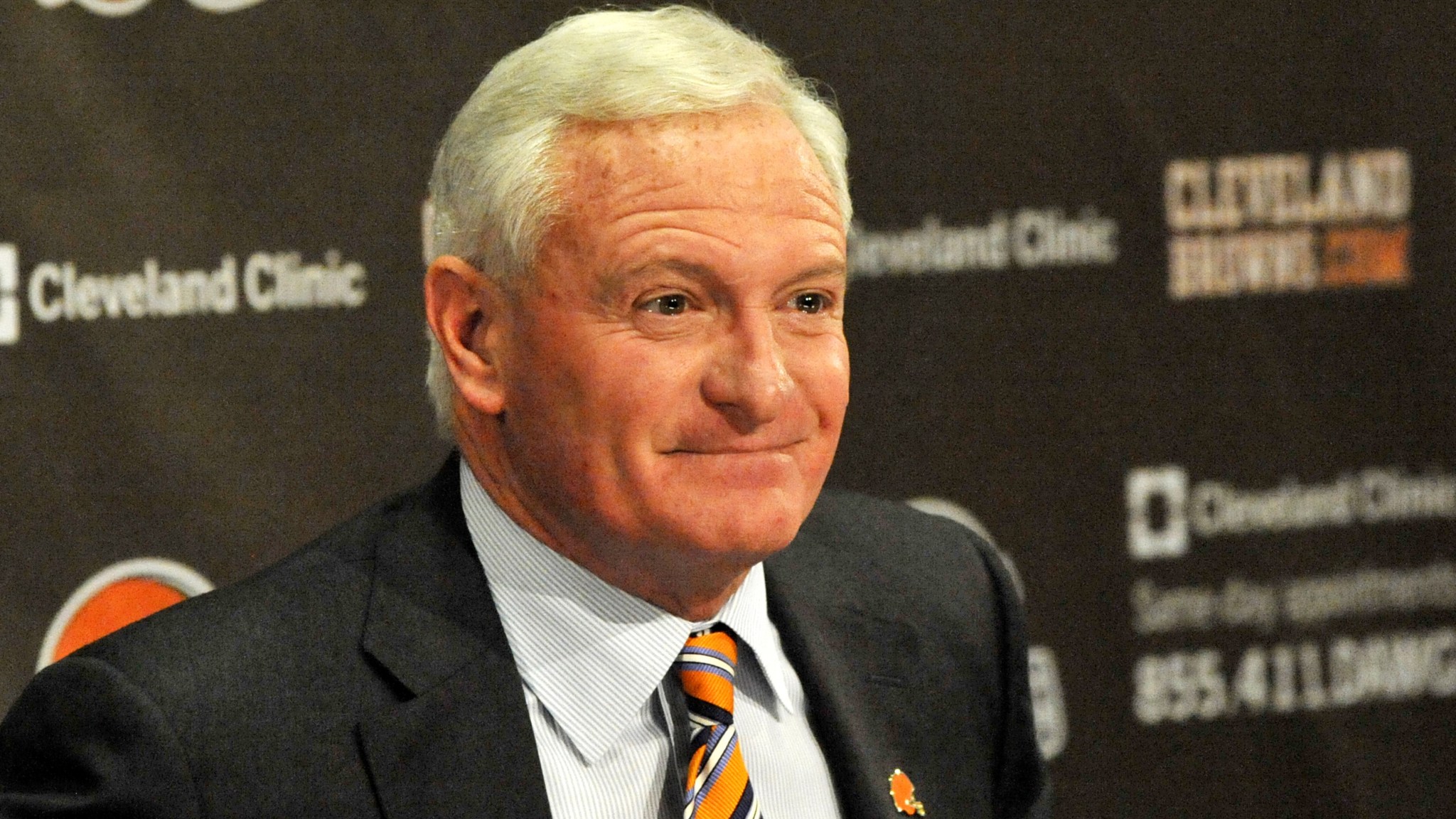 Two short years ago, truck stop magnate and “1,000 percent” Steelers fan Jimmy Haslam bought the Cleveland Browns. For context, that was two head coaches, two general managers, four starting quarterbacks, nine wins, and 23 losses ago. But since Browns fans are quite used to constant front-office upheaval and relentlessly bad football, the Haslam regime merely represented business as usual — up until April 15, 2013, that is.

That’s when the FBI raided the Knoxville headquarters of Haslam’s company, Pilot Flying J, and the Browns officially became the NFL’s biggest circus. With the news that Haslam has finally attempted to pay his way out of this mess, I figured it was a good time to revisit the case with an all-encompassing idiot’s guide. If you’re interested in rebates, criminal negligence, and/or 120-page affidavits, this is the place to be.

Why did FBI and IRS agents raid Pilot Flying J?

You can read the aforementioned affidavit here, but it basically comes down to Pilot Flying J skimming rebates on diesel fuel purchases. Allegedly, Haslam and his cohorts used a common technique called “jacking the discount” in which national gas station chains sign up trucking companies to refill exclusively at their rest stops, with the truckers receiving rebates in return. However, when it comes time to fulfill those rebates, the folks in charge of the gas station chain provide an incomplete payment, especially to smaller and unsophisticated customers “for whom the discounts were calculated manually.” ALLEGEDLY.

This supposedly had been going on for years at Pilot Flying J, which is no stranger to allegations of corruption. For his part, Haslam immediately denied any wrongdoing and then proceeded to cackle maniacally, fire a random subordinate, and return to watching practice footage of Brandon Weeden stumbling over himself.

Wait, an NFL owner’s company was RAIDED? Why wasn’t this a bigger story?

Probably because it happened on the same day as the Boston Marathon bombings. But yeah, Pilot Flying J headquarters were locked down and everything. The mental image of a kicking-and-screaming Haslam being escorted out of his office still brings me to tears.

Who are the Haslams?

Tennessee royalty, baby. Jimmy’s father, James Arthur “Big Jim” Haslam, was a starting offensive lineman on Tennessee’s 1951 national championship team and later founded the Pilot Corporation with one gas station to his name. By the time Jimmy became CEO in 1995, the company was the country’s second-largest truck stop chain. Meanwhile, Jimmy’s younger brother, Bill, is the freaking governor of Tennessee. Needless to say, they carry a lot of weight in the state — so much so that it’s often been theorized that Jimmy will eventually use his power to bring former Volunteer Peyton Manning to the Browns. Any scenario that results in Peyton Manning as a member of the Cleveland Browns could only be orchestrated by an evil genius.

Did anything suspicious happen leading up to the probe that indicated something was amiss at Pilot Flying J?

Why yes, it DID. In September 2012, Haslam tapped John Compton, the former PepsiCo president, to take over at Pilot, as he wanted to focus more on his duties with the Browns. Less than six months later, seemingly out of nowhere, Haslam decided to reassume his CEO role, demoting Compton to the nebulous position of strategic advisor. “This is about me realizing my first love is running Pilot Flying J and wanting to return to that job,” Haslam explained.

To which I say: Watching the Browns is generally a painful, demoralizing experience, and I doubt it’s fun to work in that sort of environment. But let’s get one thing straight: No one, not even a top-ranking executive, willingly chooses a gas station over a professional football team as their place of employment. Haslam must have been tipped off about something.

You’re calling him a liar?

Well, not necessarily. Considering Haslam’s recent history of capricious personnel decisions, his explanation does seem a bit more believable, I guess. Although maybe it’s all just an elaborate ruse.

What was Haslam’s defense?

He went with a Rafael Palmeiro–esque ignorance plea, blaming the malfeasance on various Pilot Flying J sales executives and maintaining that he was “absolutely not aware of any of this.” Which, if true, doesn’t make him look any better — as CEO, it’s actually his job to be aware of the major, potentially felonious goings-on in his company. For Browns fans, this raises an unsettling conundrum: Either Haslam’s a thief/liar/scam artist, or he’s just totally incompetent. There’s no in between. In any case, it’s safe to assume he’s not the next Robert Kraft or Dan Rooney.

Has anyone at Pilot Flying J admitted to wrongdoing?

Yes. Ten Pilot Flying J employees have pleaded guilty, and this whole thing started when a regional sales manager agreed to cooperate with the feds and “record conversations with colleagues.” As far as I know, though, V. Stiviano doesn’t work at Pilot Flying J.

Have any juicy quotes surfaced from these taped conversations?

Here’s one example from the affidavit: In October 2012, the intrepid FBI informant recorded a discussion with John “Stick” Freeman, Pilot’s VP of sales. (Never trust a man called “Stick.”) After bragging about saving $6 million in underpaid rebates, Stick notes that Haslam “knew it all along. Loved it.”

Has Roger Goodell chimed in on the issue? Surely he wouldn’t approve of such behavior, right?

Presented without comment, here are some of Goodell’s thoughts on the matter:

Is Haslam totally in the clear?

Not technically, although this week’s settlement decreases the likelihood that he’ll face charges. The FBI probe is still ongoing and, as part of the agreement, Pilot is obligated to cooperate “fully and actively” with law enforcement. However, if Haslam discloses too much information, he could end up strengthening the prosecution’s case against him, so don’t assume he’s going to become honest all of a sudden.

How much money is Haslam paying for his poor decisions?

NOTE: Does not include Mike Pettine’s inevitable severance package or Johnny Football’s stash of rolled-up twenties.