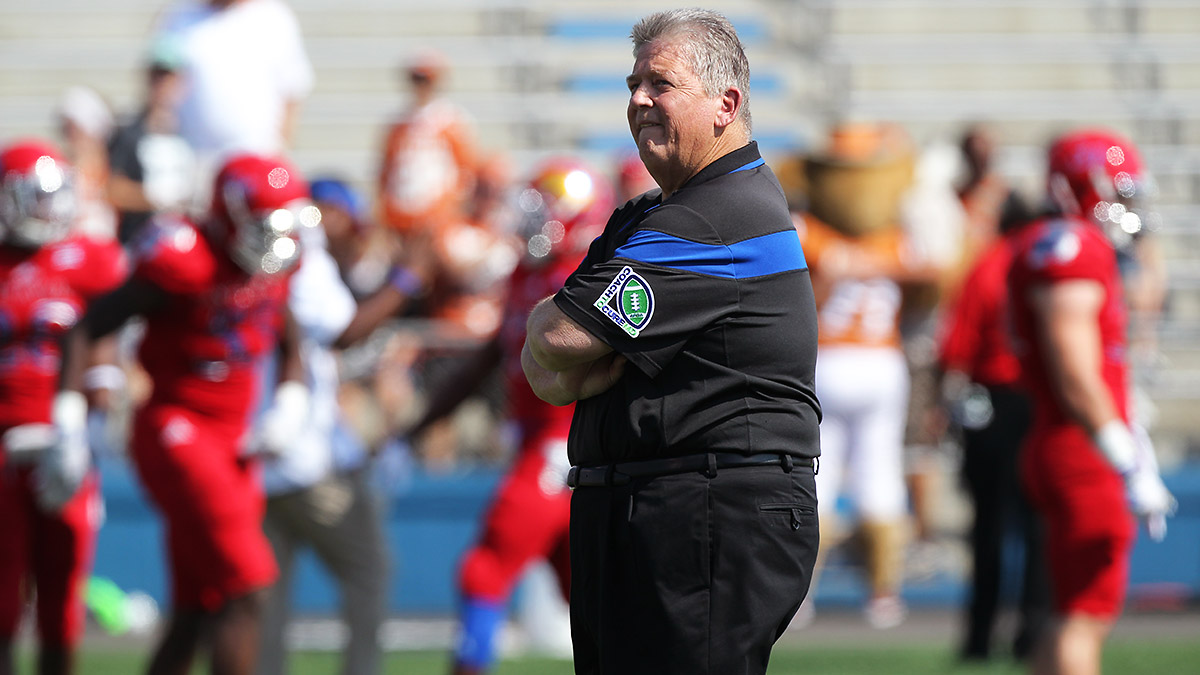 On Saturday, Kansas was shut out by Texas, 23-0, the Jayhawks’ 41st loss in their last 43 conference games. On Sunday morning, the school announced it had fired coach Charlie Weis, who had overseen a little less than half of those defeats since taking over in 2012. Within a few hours, the postmortems had surfaced and speculation over Weis’s successor was well under way. The timing was a little unusual, coming just four games into a new season, but doomed is doomed. We all know the drill here: Yet another coach chewed up and spit out by one of the sport’s most thankless jobs, a tale as old as time.

In and of itself, losing at Kansas is no great feat. Only one of the Jayhawks’ last 11 coaches left Lawrence with a winning record, and that one, Mark Mangino, was shown the door in 2009 on the heels of a seven-game losing streak.1 Among the faded and forgotten tombstones in the Kansas coaching graveyard, however, the newest monument stands out for one reason and one reason only: the price tag. Just as at his last head-coaching job, Notre Dame, the futility of Weis’s team on the field served to highlight the smashing success of his bank account, which will continue to make him the most lavishly compensated failure in college coaching for the foreseeable future.

When he signed on at Kansas in December 2011, Weis was reportedly scheduled to make $12.5 million over five years, not including incentives.2 He didn’t even make it to the halfway point of that deal, but he will get almost all of the money: According to USA Today’s Steve Berkowitz, Weis’s buyout calls for KU to pay him more than $5.6 million through December 31, 2016, in addition to the millions it has already paid him for a 6-22 overall record. That puts Weis’s Kansas earnings around $2.1 million per win — including victories over South Dakota, South Dakota State, and Southeast Missouri State.

But that’s Kansas money, and Kansas money is a drop in the bucket compared to Weis’s ongoing severance from Notre Dame, the Golden Dome that laid the golden egg. In 2005, Weis’s first year in South Bend, the Fighting Irish opened the season 5-2 with an upset over no. 3 Michigan and a near-upset over no. 1 USC in the “Bush Push” game, briefly raising Weis’s stock as a candidate for a top job in the NFL; accordingly, Notre Dame responded to rumors that it might lose its newfound genius by offering him a 10-year contract extension after just seven games. (It’s perfectly fitting, of course, that Weis’s windfall came mainly as the result of a defeat.) You know what happened next. Although Notre Dame went on to play in a BCS bowl that year3 and the next,4 the 2007 Irish collapsed in a 3-9 debacle that stands as arguably the worst season in school history. Weis never recovered, and got the ax two years later after losing six games in both 2008 and 2009.

That would all be ancient history, except for the money. According to the Chicago Tribune, Weis’s initial buyout payment after being fired from Notre Dame topped $6.6 million. As of 2013, when that article was written, the university had paid its former coach nearly $10.8 million post–pink slip. By the end of 2015, when the 2005 contract extension will finally expire, that number will reportedly come in just shy of $19 million — meaning the school will ultimately pay Weis the equivalent of $541,910 per win after firing him. Earlier this year, USA Today reported that Weis remains the university’s highest-paid athletics employee nearly five years after cleaning out his office, even outpacing his successor, Brian Kelly, who already has more wins than Weis in fewer games and who led the Irish to the 2012 BCS title game.

Altogether, Weis could be paid as much as $4.6 million in 2015 for having once been the head coach of two schools that were willing to eat the majority of his contract to see him go away. Based on the most recent numbers, from the 2013 season, that will make Weis one of the 10 highest-paid college football coaches in the nation even if he’s watching from his couch. Both Kansas and Notre Dame will eventually pay him more to not coach their teams than they paid him when he was on campus.

Say what you will about Weis: Throughout his career, he’s been regarded as an arrogant, condescending underachiever with a tendency toward bitterness. At Kansas, he was a fount of negativity about his own team; by the end he could barely stay awake in his own meetings. But whatever else he is, he’s walking proof that when you get paid in America, you stay paid.