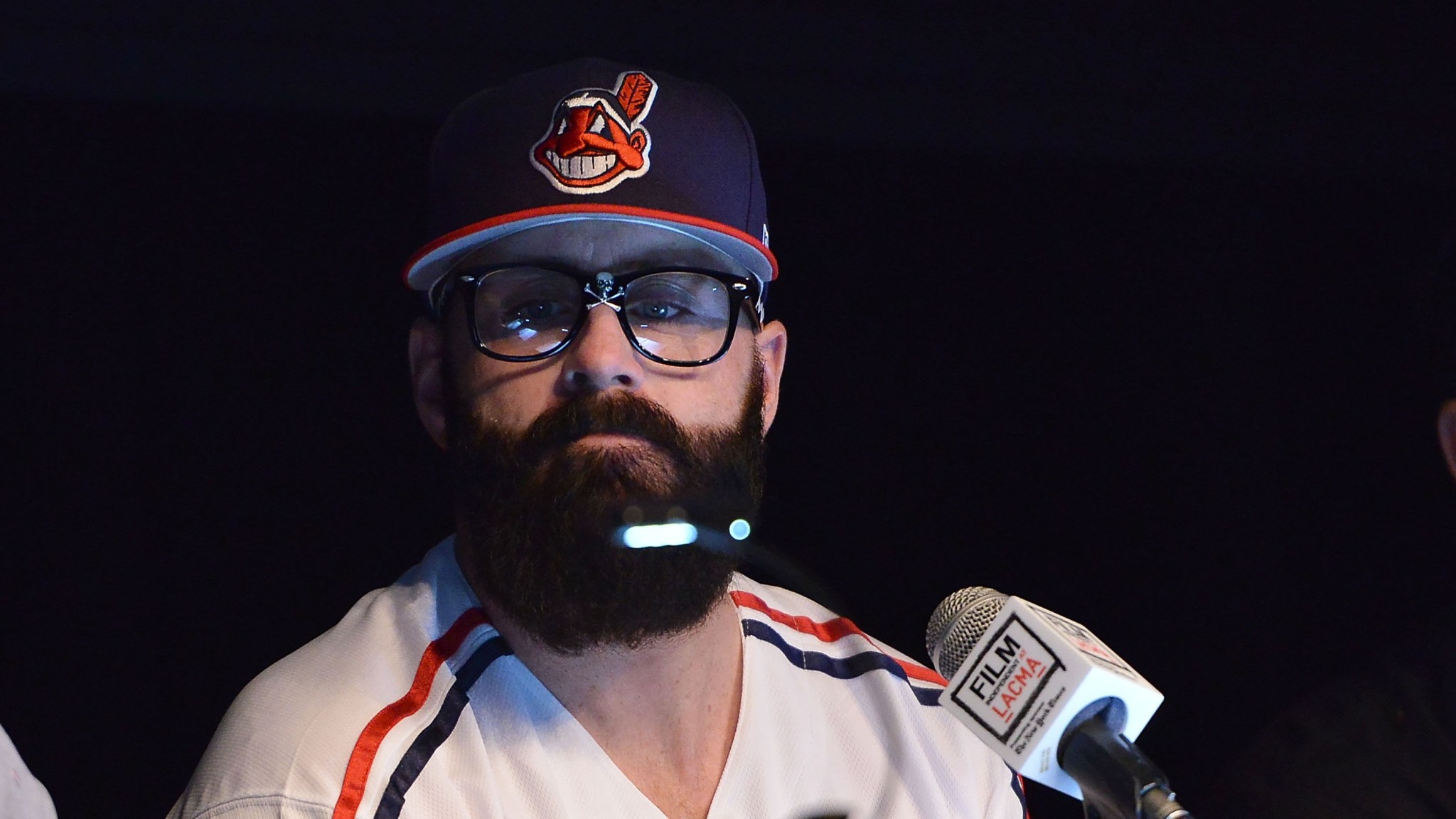 I don’t know if Major League could be made today. The central conceit, that an owner and a general manager would conspire to purposefully put together a terrible team, is no longer the stuff of movie fantasy. Tanking is an openly discussed, very real strategy that teams like the Houston Astros and Philadelphia 76ers have happily employed in the last few years, hoping it will lead them to future success. The Seattle SuperSonics bottomed out in the years before their relocation to Oklahoma City, but they didn’t rally together to make a run at a championship. Instead, they absconded with Kevin Durant and another lottery pick, leaving nothing but the stench of a 20-62 record in their wake. Teams suck on purpose and move cities all the time now. In that sense, Major League was a prescient film that predicted a sports landscape where the unthinkable notion that teams would choose to be bad has become commonplace. And yet it still holds the power to entertain and amuse, as was evident during the latest edition of the Film Independent Live Read series at the Los Angeles County Museum of Art.

Divorced of the visuals, music cues, and set decorations, there’s not much else to a movie besides the dialogue and the deep well of your imagination. Motion pictures offer an audience a million and one distractions intended to stave off boredom the same way a high-priced arena rock tour throws in fireworks and strobe lights in case you aren’t excited to hear “Double Vision” by Foreigner live for the 50th time. A script reading is akin to a stripped-down acoustic performance that highlights the less glamorous aspects of the medium. What makes these Live Reads, which have been going on at LACMA since 2011, work is that they are done with genuine enthusiasm for the movies. Guest director Joe Manganiello of True Blood fame, filling in for Jason Reitman, and host Elvis Mitchell started the evening by explaining why Major League was chosen for the series. Mitchell said they choose films that “live within us,” lofty language for a sports comedy. Manganiello, on the other hand, just seemed excited to be acting out one of his favorite movies from childhood. That exuberance, which the audience shared, sustained the evening through flubbed lines, miscues, fatigue, and an alternate ending that completely unravels the thematic structure of the piece. 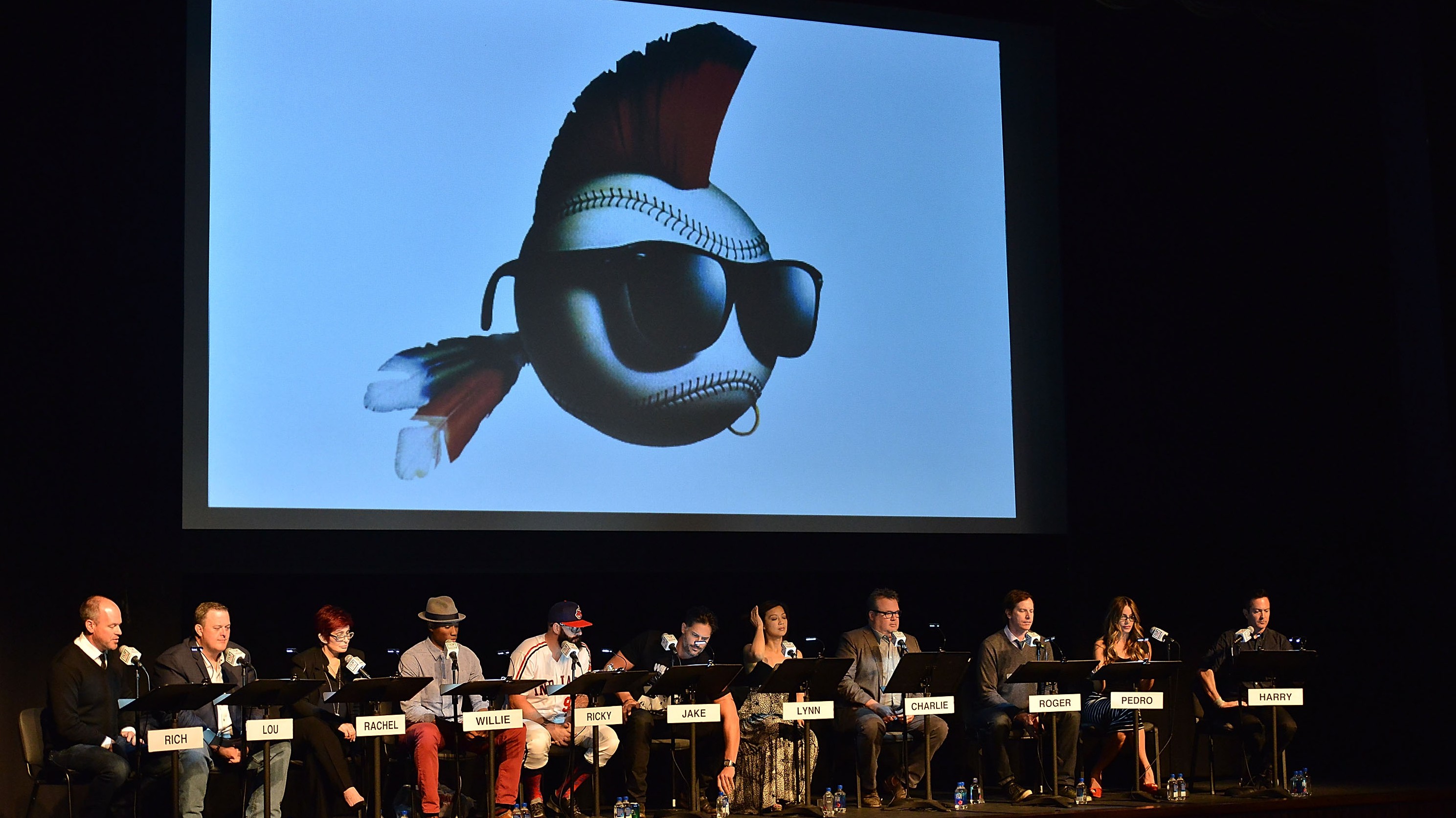 As is customary with the Film Independent Live Read series, the casting is often against type or so perfectly on the nose that you can’t help but laugh about it. Former Giants and Dodgers closer Brian Wilson portrayed Rick “Wild Thing” Vaughn, mimicking Charlie Sheen’s trademark laconic delivery and even coming to the event in a period-appropriate Indians uniform. Manganiello’s fiancée, Sofía Vergara, played slugger Pedro Cerrano — another inspired bit of casting. Vergara did her best to deepen her voice to match Dennis Haysbert, the actor who played Cerrano in the film, but she could never equal the legitimate menace of Haysbert’s performance. Instead, the humor came from how absurd it was for her to be carrying on about the power of Jobu and sacrificing a live chicken. Sharon Osbourne portrayed team owner Rachel Phelps and couldn’t quite match the oily venom of Margaret Whitton, but her gentle line readings almost kinda worked in the context of the plot twist that was to come. 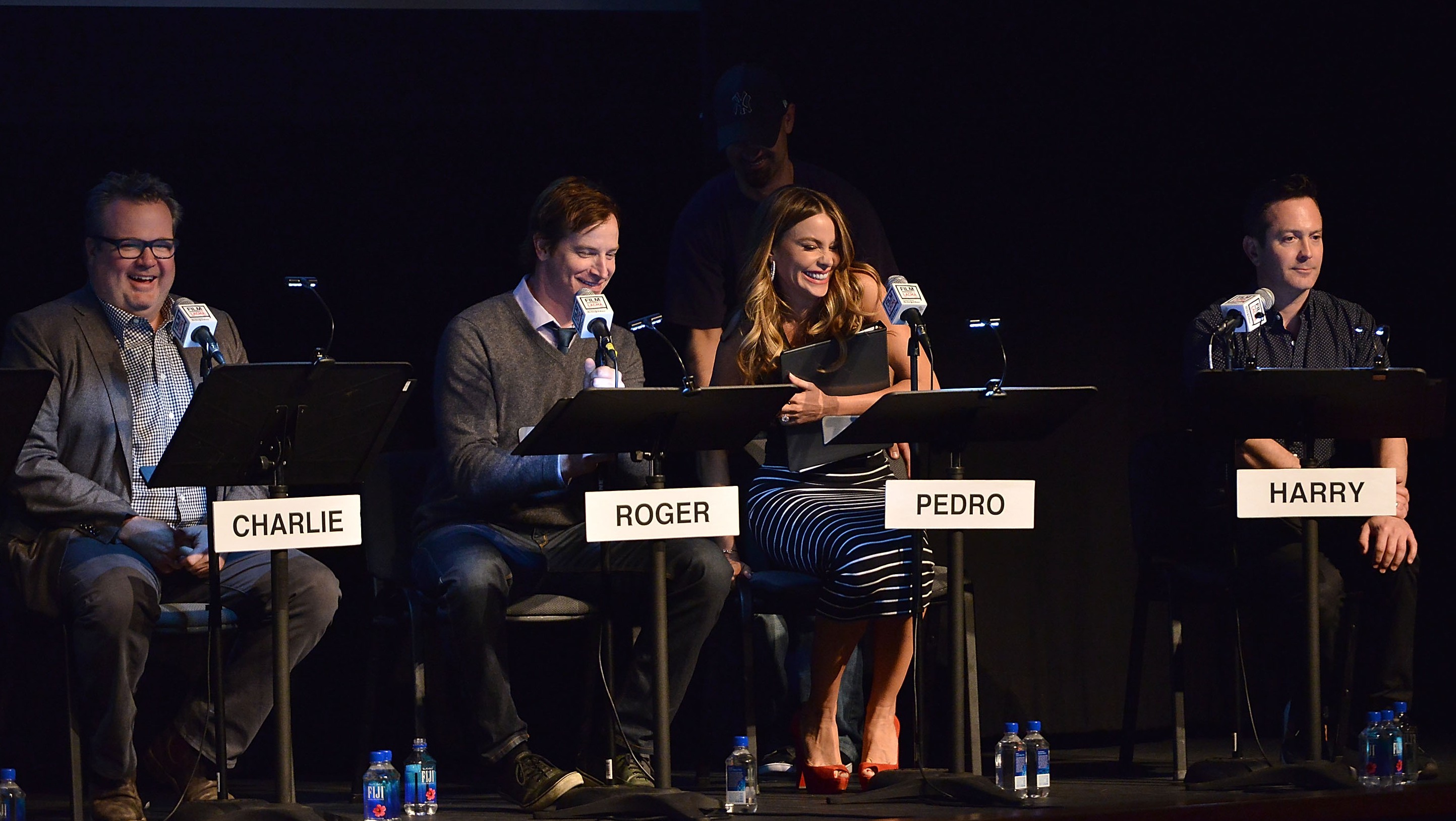 Since this was a reading of the original screenplay and not a transcript of the finished film, there were subtle differences. Cerrano offers the aforementioned Jobu gin instead of rum. It’s an odd thing to have changed, but rum does seem slightly more exotic and appropriate than gin. Also, the phrase “first division” is used throughout the script to describe the Indians’ goal for the season. While in the film, Lou Brown says “We’re contenders now” during the classic American Express commercial from the second act; the script has him say “We’re in the first division now.” I have racked my brain trying to sort out how that got into a script for a baseball movie. The phrase “first division” is most commonly associated with the English Football Association promotion and relegation system. The “first division” was the precursor to the Barclays Premier League in the FA. I thought Major League writer/director David S. Ward might have been English, but a quick Google search revealed that he’s from Rhode Island. For a movie that perfectly captures the spirit of baseball, it’s mystifying to hear. It even seemed to flummox the actors: Every time it came up, the person speaking it stumbled on the line, like they were attempting to process it themselves. 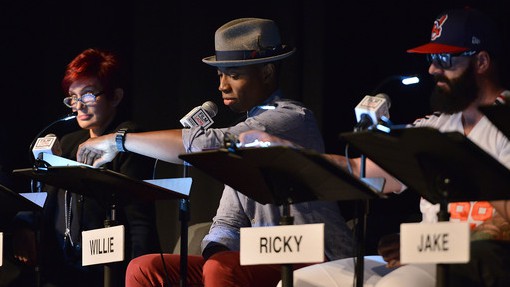 The most significant live-read change was including the original ending to Major League, which is available as a deleted scene on the latest DVD release of the film. In it, villainous owner Rachel Phelps reveals she’s not a villain after all. There was never a relocation plan to move the team to Miami. The Indians were in such dire financial straits that she made the decision to sign undervalued players she felt could be molded into a winning team under the guidance of the right manager. The team being forced to stay in shabby apartments and take a rickety plane or bus to away games was a budgetary necessity. Her antagonism was a ruse to rationalize the poor accommodations and motivate the team behind a single enemy. It sounds positively insane, but is it any crazier than burning a championship team to the ground as a means of extortion or stashing hot prospects in the minors? Is it any more desperate than hoarding draft picks like cans of baked beans on the eve of a nuclear war? The ending was changed after test audiences rejected such a jarring third-act swerve. This necessitated reshooting all of the owner’s box cutaways during the one-game playoff against the Yankees to preserve Rachel’s heel status.

Even in the context of a Live Read, it was hard for me to swallow the outcome of the story to be the handiwork of a benevolent trickster god figure manipulating events from up high. The underdog tale is ripped apart when you know that the Indians were supposed to be good this whole time. It’s almost as frustrating to witness as the third act of The Matrix Reloaded. Similarly, that film concludes with the revelation that the good guy’s heroic struggle against the system was a feature and not a bug — that it was all part of the plan and they were just, dare I say, actors playing a role. It’s not hard to get wrapped up in a good story, even when it’s just being read out loud on a bare stage. But the magic formula is delicate. One wrong turn in the plot and the whole thing collapses. The illusion is gone in an instant. Still, Major League holds up as a uniquely American fable all of these years later, even when it trips on its own cleats.