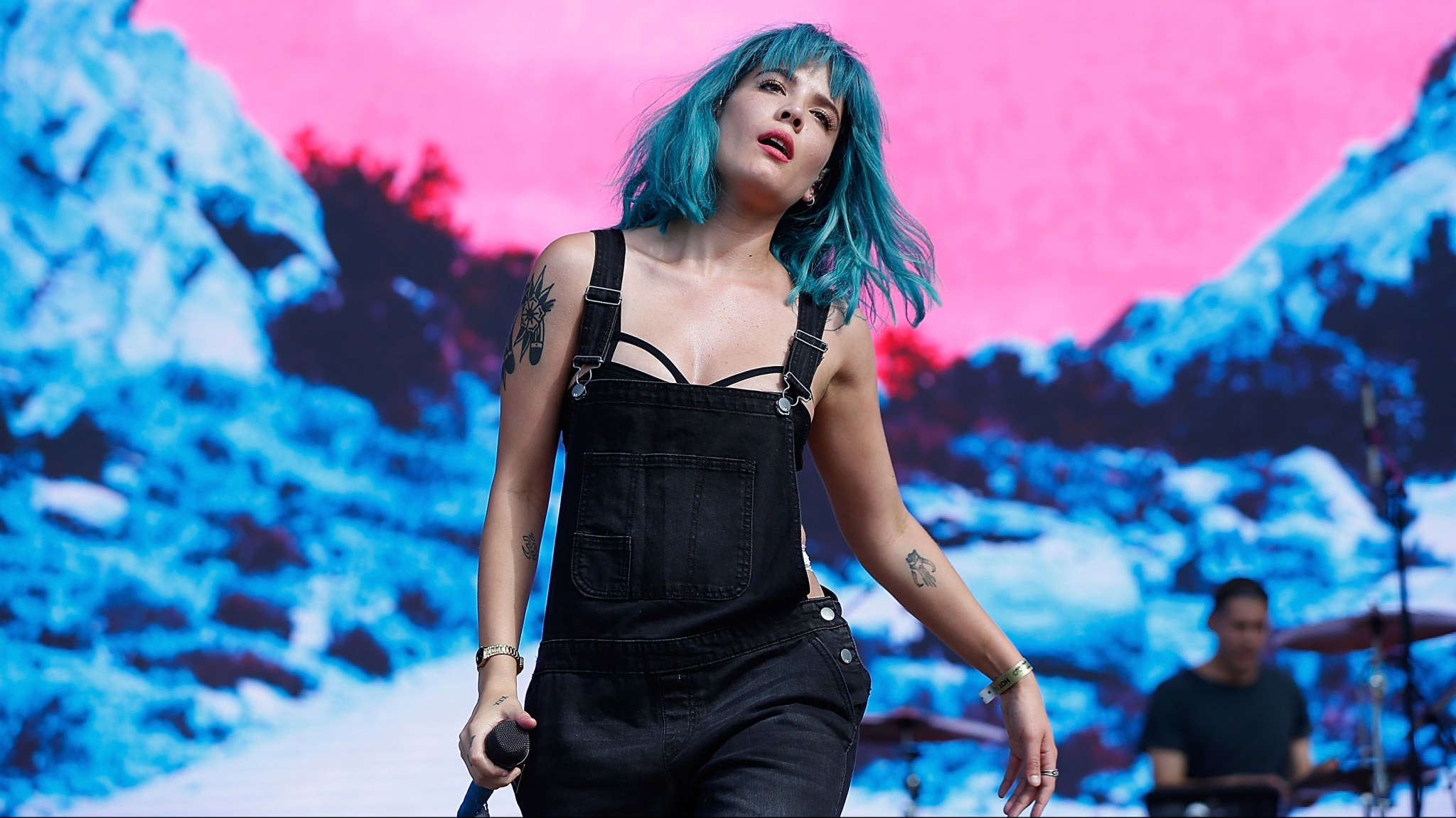 No one can agree on who deserves credit for Michael Jackson. In I Want My MTV: The Uncensored Story of the Music Video Revolution, Craig Marks and Rob Tannenbaum’s exhaustive account of the rise of the network, nearly 20 pages are devoted to the he-said-she-said claims about who ignited Jackson’s transformation into a cultural supernova. In its natal period, MTV’s refusal to play black artists had become an unspoken fact — until 1983, when Rick James called foul, unleashing a chain reaction that altered the course of American popular music. The network reportedly rejected the video for Jackson’s “Billie Jean” — a moody, Gene Kelly–esque fantasia marked by those luminescent squares — because it did “not fit the station’s format.” According to Marks and Tannenbaum’s reporting, then-executives at MTV refuse to corroborate that claim, and insist they loved it and instantly slotted “Billie Jean” into rotation. Executives at CBS Records, Jackson’s label, are quite sure it was not that way at all — the white, privileged suits at the network blocked the path of a burgeoning superstar, until the label’s legendary, cocaine-powered president, Walter Yetnikoff, threatened to yank every CBS video from MTV’s lineup. No one agrees, but “Billie Jean” ultimately took its place in the canon, MTV subsequently became synonymous with the singer, CBS sold tens of millions of albums, “Thriller” happened, Michael Jackson became a pop icon the likes of which we may never see again, and everyone got rich.

Halsey is not Michael Jackson. But she is a test case in the new race to anoint, this time by another sacred gatekeeper. MTV’s power is no more, but as Apple Music begins to strengthen its grip — 11 million users in six weeks and growing — it is using its in-house bullhorn to reinvent models of icon ownership. According to a monthlong study conducted by Quartz, Halsey’s “New Americana” was the second-most-played song on the streaming service’s Beats 1 radio station. Have you heard “New Americana”? If you’re not an Apple Music allegiant, you may not have. “New Americana” has never charted on Billboard’s Hot 100. It has never appeared on rival Spotify’s Top 50 chart. At the time of the study, it had fewer than 1 million plays on YouTube. With its “Biggie and Nirvana”–boosting hook, the song is a rallying cry for a generation that can’t always hear its own frequency. And yet “New Americana” dominates Beats 1.

As conceived, Beats 1 is the most prefab, retro pitch in Apple’s streaming service portfolio — a radio station, with DJs and songs. Beats 1, of course, has been much more than that, and sometimes a little less. A tastemaker with no genre-bound point of view, a 24-hour channel that is “always on,” and a hub for famous voices to share their loves, the station has become the surprising hallmark of Apple’s streaming bid. Turns out people still like listening to the radio. And in Zane Lowe, the station has found a voluble, ruthlessly optimistic ambassador. Whether interviewing his favorite group the Beastie Boys atop the Capitol Records building, or breathlessly exulting about a record that no one else on this planet has heard, Lowe lives somewhere between wet-eyed evangelist and slick-palmed insider. His show often sounds like the satellite broadcast of a pop-mad astronaut — lonely, space-drunk, and full of wonder. His enthusiasm is infectious, but so is his taste — that’s why Apple hired him. In a New York Times profile of Ashley Frangipane, a.k.a. Halsey, the writer Joe Coscarelli quotes Lowe on his Beats 1 show, after a back-to-back premiere of “New Americana,” saying, “Wow — there’s a new icon there, I think. … That record is big. Oh my God.”

Halsey is not not-famous — as Coscarelli points out, she has more than 500,000 Twitter followers, and more on Instagram. But it behooves Lowe and Beats 1 and Apple Music to affirm the 20-year-old singer-songwriter’s iconhood in specific, monetizable ways. For Apple Music to anoint a young star is to create a mutual relationship, a culture of debt, and a new class of pop star. Halsey’s life can be reduced to a perfect millennial construct — beautiful, bisexual, gifted, self-styled, outspoken, and web-consonant. She looks like what Apple wants you to hear. Her record label is Astralwerks, a Universal-owned subsidiary that has been a home to artists like Hot Chip, Phoenix, and Bat for Lashes — uncategorizable outsiders working to success within a major-label-funded incubator. Halsey’s music is also genre-defiant — “New Americana” is a kind of Lorde-lite anthem, but the songs on her album, Badlands (out this Friday), are dissonant, chilly electro-pop, sung heartily. They soar, and then they despair. Like Beats 1 — and unlike the early days of MTV — Halsey doesn’t have a format to serve.

We can see that that’s true of almost all of the artists that Beats 1 has promoted in its early days. Among them, the most-played artist, the Weeknd, is another major-label star on the come-up without a definitive media narrative. This is also true of sui generis rappers like Fetty Wap and Skepta (brother of Beats 1’s first lady, Julie Adenuga), the pop singer Rachel Platten, the band Foals, and others. Even Beck, whose “Dreams” has been prominently featured on the station, represents a continued devotion to non-identity; his shape-shifting has made his career unpredictable (and erratic) and appealing to a broad audience. There’s a cynical way to understand these artists taken together: Diversity is a major point of interest — not just cultural diversity, per se, but one of a stylistic, emotional dissemination. Informed by hip-hop, but still “alternative.” For every doomed realist like Vince Staples, there is a jubilant optimist like Lianne La Havas. Beats 1 wants you to feel big, to identify with its artists, and to be an active participant in a global experience. It’s corporate do-gooder strategy masquerading as multicultural embrace. These artists can be “Apple artists” before anything else, synonymous with a lifestyle and a paid service.1

And it has been a smart gambit. I routinely scour the playlists of the station’s DJs — I’m especially fond of Q-Tip’s Abstract Radio and Josh Homme’s The Alligator Hour — and find old songs I’ve heard and forgotten, or new ones I couldn’t have known about. (Apple is also smart about finding homes for the songs that are born on Beats 1 in its well-curated, intuitive hive of playlists that comprise the bulk of the service.) When it comes to Lowe or Adenuga or Ebro Darden — the station’s flagship DJ trio — their daily shows reflect deeply specific tastes clashing with a managed collection of “approved” artists. Darden will devote an entire show to bachata, reggaeton, and reggae, as he did last Wednesday. But by this week, “New Americana” and Justine Skye’s “I’m Yours” had returned to his show. Adenuga intersperses the deigned jams — like Bring Me the Horizon’s metalcore squeal “True Friends” — between farflung grime and dance music on her kinetic hour. Lowe mixes thrashing rock from the Bohicas with swooning bedroom pop from Alessia Cara with, naturally, Dr. Dre’s “Genocide,” which has emerged as a kind of unofficial anthem for the station. Dre’s recent takeover, and the propulsion of his album Compton, is instructive. As one of the service’s godfathers, of course his album has received heavy airplay. Taste comes at a premium on Beats 1, but so do relationships. Many of the acts who have received the biggest push are unknown but not unsupported. Halsey is a major-label artist, just like the Weeknd, Staples, Andra Day, La Havas, BØRNS, Grace Mitchell, Melanie Martinez, and dozens of others in rotation. Earlier this month, Lowe was asked by Billboard how he identifies these discoveries.

At Beats 1, do you get a lot of radio promotion people promoting records to you?
It’s funny, I don’t really know at this point because I’ve been just focusing on my show. We talk amongst ourselves and we search for things that move us and we search for the stories. I try not to get promoted to because I’m looking for things that either come from my team or comes from my own search. Like, who is Gallant? Where does Halsey come from? What are they saying? It’s this wonderful freedom that nobody really knows what to expect from us.

So you don’t get somebody from Astralwerks Records saying, “Here’s the new Halsey single?”
Yeah, we do. The industry is important. These people are investing in art and artists and musicians and they want them to succeed just like we do. Some of my best friends work for labels and they really care about the artists that they work with. That trusted source is what helps us get music out to an audience.

Before Beats 1, the New Zealand–born Lowe made his name at hallowed music media companies, including MTV Europe and later BBC Radio 1, where he hosted a beloved show for 12 years. When he says, “The industry is important,” he’s right — he is the industry. It doesn’t make him a dishonest tastemaker, nor does it detract from Halsey’s success thus far. Beats 1 is a success. Apple Music is growing. Halsey has arrived. May the icons pour forth.