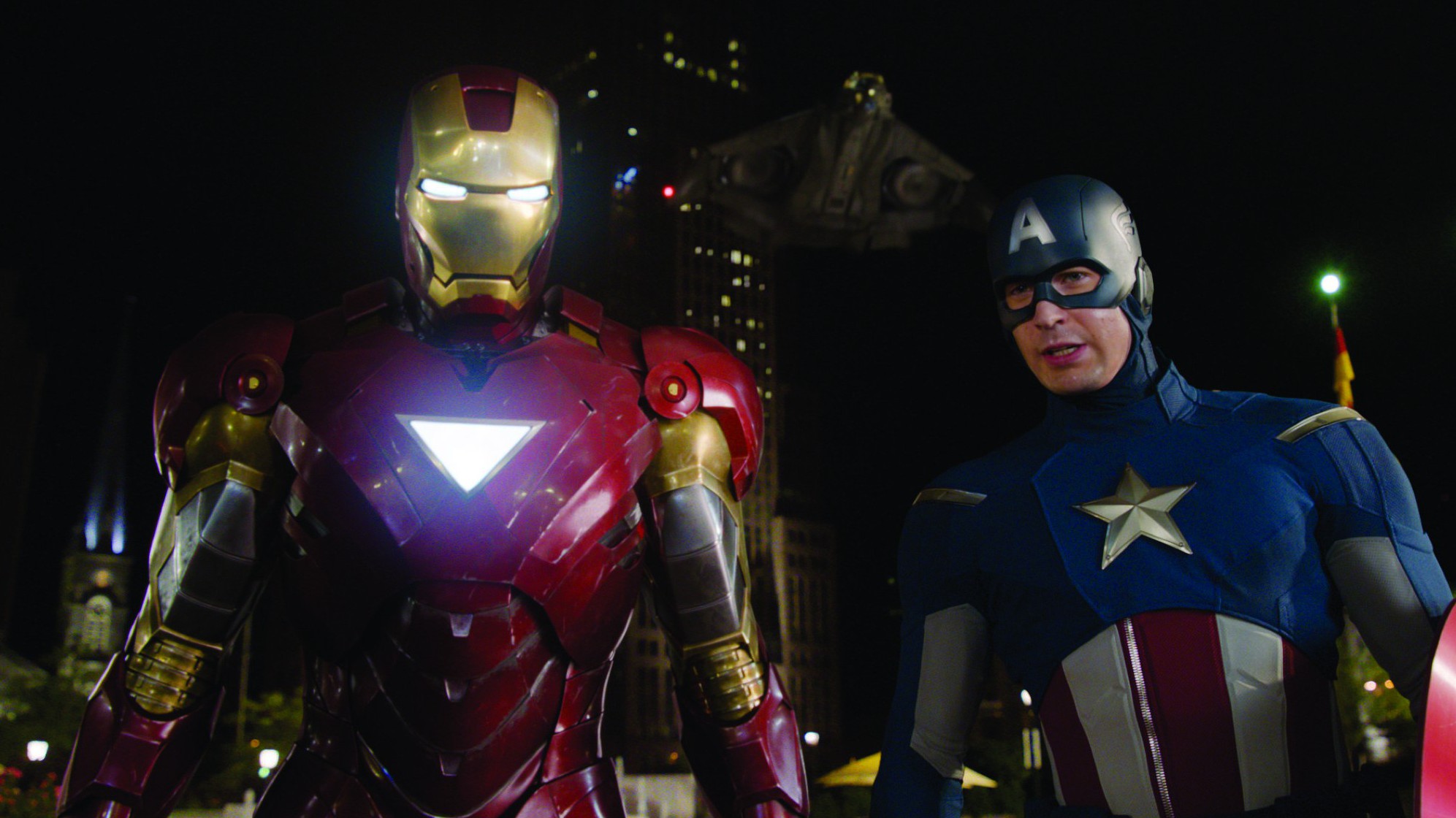 Captain America: Civil War, the latest entry in the never-ending story that is the Marvel Cinematic Universe, recently wrapped production with an eye on a May 6, 2016, release date. Taking its inspiration from the Civil War comic-book story line, the film promises to split up our beloved Avengers into separate, squabbling factions: Team Captain America and Team Iron Man. The disagreement between the heroes stems from a move by the government (backed by Iron Man) to register and regulate superpowered activity. Captain America disagrees and the whole world goes sideways.

Since the film was announced, fans have wondered how the current crop of Marvel movie characters would be divided. Would it match up with the comic’s story line? How much would the studio deviate? We might have an answer, as alleged promo material leaked today (that Jeremy Renner sort of confirmed by tweeting this morning) might finally show us how it’s all going to shake out.

Now that we have our teams, we can wildly speculate on this movie as though it were real, which is my second-favorite pastime after organizing my comics by artist’s last name. Let us commence with the baseless predictions!

Oh boy. Where do I even begin? It’s like Captain America forgot to show up for his auction draft and just let the computer pick for him. The most experienced guy he’s got is Hawkeye — veteran of the Battle of New York and the Sokovia Incident — but everyone, including Jeremy Renner, knows that Hawkeye is kinda lame and barely useful. At best, you can consider Hawkeye something of a “chemistry guy.” He’s good for impassioned pleas, emotional speeches, and a place to crash. He’s the kind of friend you only call when you need a ride to the airport or a job reference. Mr. Barton, would you say Dave is a team player?

Falcon’s got a flying suit and a good attitude. I’m not sure how far that’s going to take him in this conflict. I also don’t know if I want a brand-new Avenger on my team. There’s probably some rookie hazing that is going to distract him from his job. Where’s Falcon? Oh, he’s picking up Maria Hill’s dry cleaning, but he’ll be back in a few hours. You don’t want an important member of your unit worried about whether someone put a week-old steak in his locker as a “goof.”

Ant-Man is a miniature Paul Rudd and is taking up the flex spot on Cap’s team. He’s a one-tool player with limited upside potential. Besides his stealth capabilities, he’s restricted in the things he can do here. I imagine War Machine accidentally stepping on him. Next!

Winter Soldier is a bit of a sleeper pick, but I can’t forget that he was beating the shit out of Captain America two movies ago. I hate to be that guy who makes this comparison, but it really is like Geno Smith asking to bring back IK Enemkpali. High risk, low reward.

Finally, Sharon Carter is yet another Hawkeye type without superpowers. What does she bring to the table besides a familial relationship with Cap’s ex-girlfriend Peggy “Agent” Carter? I’m sure she’s plenty tough and can handle herself in a fight, but she’s not getting up from a repulsor blast to the face. All of these scrubs, and Scarlet Witch is sitting on the sideline. She’s able to employ both telekinesis and hypnosis! That’s really useful! Way more useful than owning a barn like Hawkeye.

Considering he’s a genius, it should come as no surprise that Tony Stark picked his squad well. Even though War Machine’s skill set is pretty much identical to Iron Man’s, it can never hurt to have your best friend and closest confidant by your side (as opposed to your former best friend and current worst enemy). Who better to share strategy (and after-battle cocktails) with than ol’ Rhodey? I totally approve of this choice.

Black Panther, while a relative newbie in the game, has a whole country at his disposal. No-brainer. What he lacks in experience in global, superpowered warfare, he makes up for in access to necessary resources. T’Challa is sitting on a lifetime supply of vibranium, after all.

I have doubts about the last two additions to this team, though. Black Widow suffers from Hawkeye’s Disease and is such a good spy that there’s reason to doubt her loyalty. Still, I’d take her over Ant-Man because of her years of experience and tactical knowledge. The Vision is … whatever The Vision is. A computer program in a synthetic body? OK, sure. His evolved state means he sees the petty squabbles of humanity the way a bemused parent does. Can you trust that guy?

The first thing that jumps out at me is Black Widow and Hawkeye ending up on separate teams. One of the major emotional through lines in the Avengers films has been the friendship between Natasha Romanoff and Clint Barton. So, what goes wrong? Is it just a political disagreement, or does Black Widow hurt Hawkeye’s feelings when she finally tells him that going sleeveless makes him look like a University of Iowa business school student on spring break?

Also, the sides are currently uneven, with Ant-Man adorably tipping the scales in favor of Cap. This would seemingly give extra incentive to Tony Stark to recruit Peter Parker to his team.1 But we can’t speculate on players who aren’t even in the game yet.

The true wild card here is The Vision. His powers are undefined and potentially limitless, since he has an Infinity Stone in his forehead.2 By all means, Captain America, enjoy your chill hang sesh with your best pal Bucky. Iron Man has that dude on his team. #factsonly

Barring a Galactus-size miracle (or a well-timed run-in from Spider-Man), your money has to be on Iron Man to take the whole thing. Not only is his squad more balanced, he’s got a cosmic trump card. For a guy who helped defeat the Nazis, Steve Rogers sure doesn’t seem like he knows much about tactics.