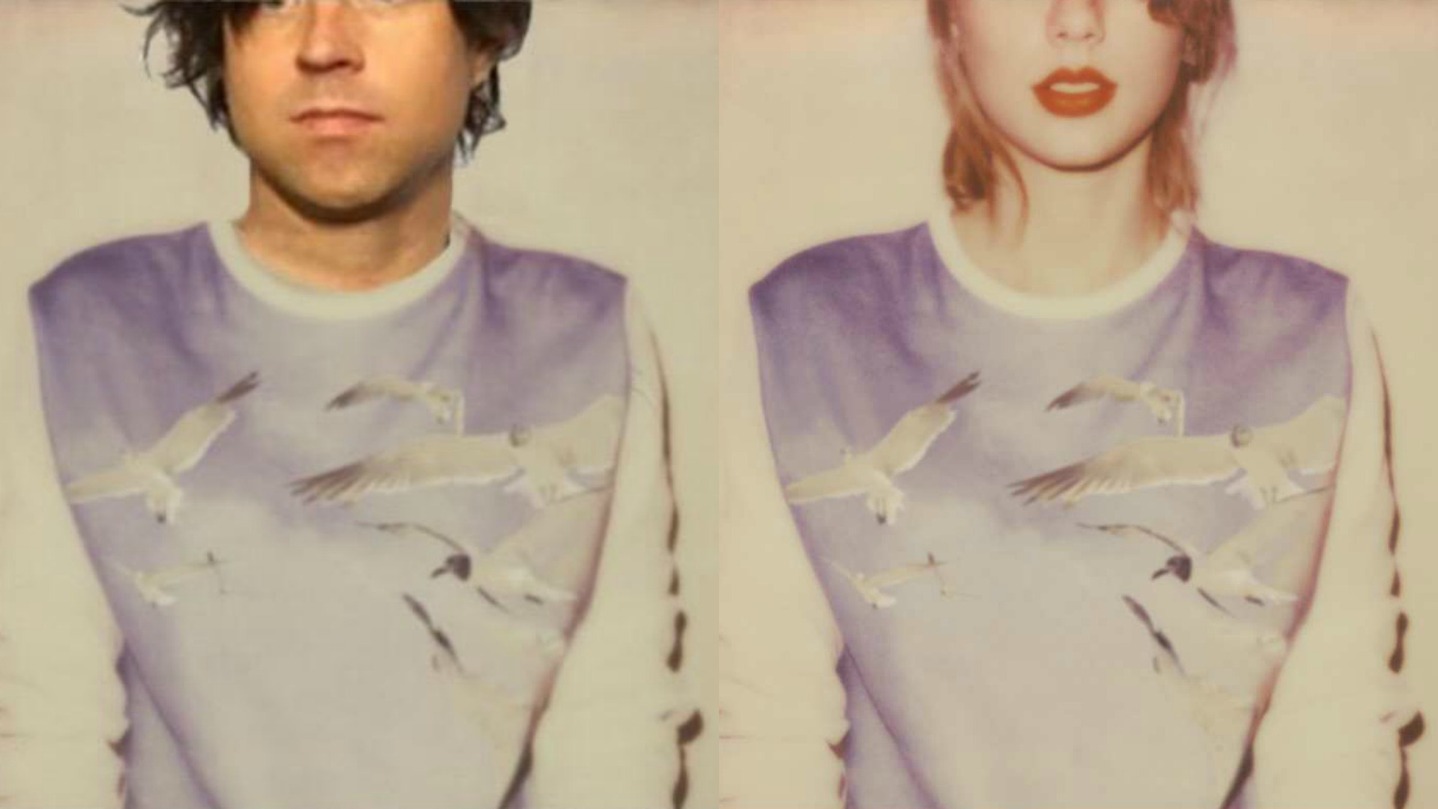 Earlier this month, Ryan Adams announced plans to record a track-by-track cover of Taylor Swift’s 1989. In subsequent weeks Adams has updated his more than 700,000 Twitter followers on his progress, posting a series of enticing audio clips that confirm Adams’s stated intention to interpret Swift’s throwback pop jams in the style of the Smiths. Not only does Ryan Adams’s 1989 appear to actually exist, but judging by what’s been shared, it could be pretty wonderful.

Ironic covers of pop hits by rock and indie artists have a long, undistinguished history that goes back at least as far as the Sex Pistols snarkily reinterpreting the Monkees back in the late ’70s. Occasionally, these pisstakes have even resulted in actual hits, like when rap-rock dunderheads Limp Bizkit scored an MTV breakthrough with its shouty rendition of George Michael’s “Faith” in 1998. But Adams’s 1989 appears to be a much different animal — his reverence for Swift’s songs is made plain by the care and thoughtfulness of his oft-radical arrangements, which include transforming “Blank Space” into a hushed, finger-picked ballad and “Shake It Off” into a “spooky” rocker that “could have been in True Detective in a driving scene or something.”1

Now the question is when (or if) Adams’s 1989 will be released. According to Adams’s Twitter, the album is near completion, though there’s been no indication yet as to how he’ll put it out. Will 1989 be available as part of Adams’s monthly Pax-Am series of 7-inch releases? (It would fit thematically with last year’s deliriously fun punk-themed exercise, 1984.) Will Adams’s Taylor Swift tribute suddenly appear online as a free download? Or — the worst possible timeline — is 1989 destined to be the latest entry in Adams’s voluminous collection of “lost” albums, slotted next to his mythical, banjo and mandolin-driven redux of the Strokes’s Is This It?

What makes 1989 such a fascinating project for Adams is that, like all great covers, it’s as much about the interpreter as it is about the songwriter. Adams’s 1989 seems less reminiscent of the Smiths than of 2004’s Love Is Hell, perhaps the most fraught LP of Adams’s career, deriving from a period when he was making his own transition from plaintive country to ’80s-style pop-rock.

It’s not clear whether Adams is intentionally drawing this parallel between himself and Swift, but it’s there regardless. The success of Swift’s crossover is already well-documented — with more than 5 million albums sold in the U.S. alone, 1989 is one of the most popular LPs of the decade, a pan-demographic smash in an increasingly fragmented pop marketplace.

As the long list of guest stars on her current tour shows, Swift can appear onstage with everyone from Joan Baez to Justin Timberlake to Phoebe from Friends, and it will all make sense to her coalition of constituencies. She is now the rare artist who can seemingly take her music in any direction she pleases — more than any association with a particular genre or producer, what makes Taylor Swift songs commercial is that they’re branded as Taylor Swift songs.

In contrast, Adams’s decision to break from the rootsy, alt-country sound he established on 2000’s Heartbreaker and 2001’s Gold nearly wrecked his career. With Love Is Hell, Adams felt he made a record “a lot like Heartbreaker, but better and more severe,” as he told the Guardian in 2003. In essence, Adams was pulling a 1989 on himself, giving his own music a Smiths-inspired reinvention with the assistance of the Smiths’ former producer, John Porter. However, Adams’s label, Lost Highway, balked at releasing what seemed at the time like a confusing digression, prompting Adams to make an even more explicit ’80s homage, 2003’s thoroughly enjoyable (and thoroughly misunderstood) Rock N Roll.

By the time Love Is Hell came out — initially as two EPs, and then as a complete album — a troubling media narrative that would haunt Adams for the next 10 years was established. This was the gist: Adams in conventional singer-songwriter mode was viewed as his “authentic” self, and the alternately moody and goofy genre excursions were signs that he was wasting his talent. Critics took to judging each new Ryan Adams record by how closely it hewed to Heartbreaker. It was the no-win inverse to the position Swift is in now. 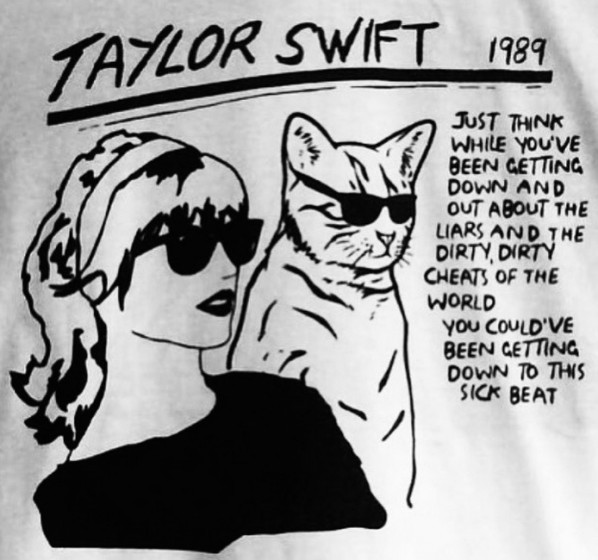 Adams was punished for dressing his songs in the “wrong” clothes — strip away the reverb-heavy guitars, and Love Is Hell standouts like “This House Is Not for Sale,” “Anybody Wanna Take Me Home,” and “English Girls Approximately” would’ve fit just fine on Heartbreaker. The man never stopped writing stunning, heartfelt tunes, he just came to regard his country guise as a stifling pose long before many of his most ardent followers did.

Taylor Swift fans are sometimes depicted in the press as a monolith mass of rabid hysterics, but they’ve actually embraced Swift’s stylistic shifts with uncommon open-mindedness. Adams for a long time wasn’t afforded the same courtesy. With 2011’s Ashes & Fire, Adams seemed to have internalized the criticism, once again presenting his tunes as rueful, acoustic ballads, and the media responded with reams of “comeback” praise.

While Ashes & Fire ranks among Adams’s weakest albums, it successfully liberated him from the “best record since Heartbreaker” narrative. His next LP, 2014’s Ryan Adams, is his most relaxed and immediate record — it’s also a return to the Rock N Roll/Love Is Hell aesthetic, which apparently has carried over to 1989.

If you’re into binaries, it’s possible to cast Adams as an emblem of what has been swept out in recent years — the dark-haired, denim-clad guitar-slinger propped up by the record industry as the savior of popular music. It’s also possible to slot Swift as the paragon of what has swept in — pop music made by and primarily concerned with the lives of young women. The problem with this worldview is that it doesn’t account for why an artist like Ryan Adams covers an album like 1989.

I prefer an alternate view: Adams is a cult hero who is inspired by an album that represents the epitome of mainstream pop in 2015, and Swift is a mega-star who credits a fortysomething rock dude with being “one of the artists who shaped my songwriting.” In this scenario, artists aren’t mere pawns in a tired ideological battle — they meet each other in the middle in order to exchange ideas and harmonize.

Adams and Swift have formed a mutual appreciation society at a time when they’ve both hit career peaks. After a long wilderness period in which Adams loomed precariously close to permanent burnout, he’s more assured in his craft than ever, and he finally has an audience that’s willing to follow him wherever his muse takes him. Adams and Swift are in similar grooves — Adams just took a longer, more difficult path to get there.

Could I Pull Off These Famous Hero-Dad Movie Moments? An Examination