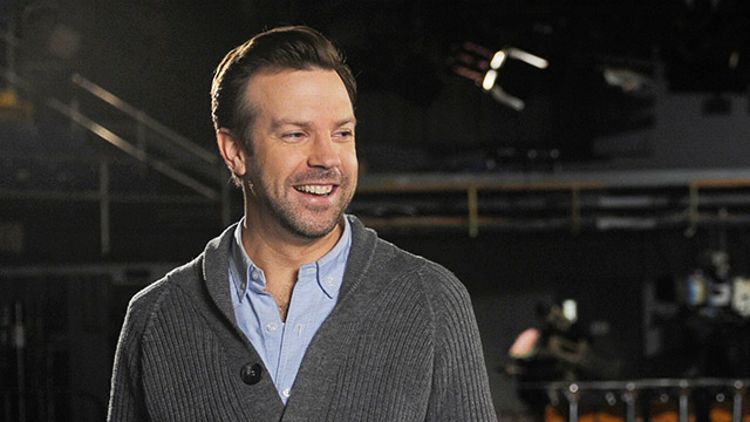 In case you had any doubt (how could you have had any doubt?), Jason Sudeikis is officially leaving Saturday Night Live after 10 years on the show, two as a writer and eight as a performer. SNL bid good-bye to veterans Fred Armisen and Bill Hader in its most recent finale, and with Seth Meyers’s departure when he takes over the Late Night seat this winter, it’s impossible to predict what to expect from its 39th season (though we do know that Stefon creator John Mulaney’s sister Claire will be joining the writing staff). It would be nice to see more people of color join the ensemble, a shortcoming that has been a sticking point for SNL viewers for a while, especially when impersonations come into play.

With the addition of Cecily Strong and Kate McKinnon, the cast — especially its women — still has a strong core, so it seems that what will make or break SNL’s near future are the changes made in its writers’ room. “Weekend Update” has remained consistently brilliant in the past few seasons, but sketch-wise the show could benefit from a mix-’em-up. Even the most talented writers fall into the warm, sleepy embrace of slump valley: When you answer the question of whether you’re planning to exit a show with “definitely,” you know the snooze alarm has been thwacked to capacity. It’s time. Go sexercise into the sunset with your Wilde woman like “Kenyan marathon runners,” good sir, for you have earned this privilege. Now let us celebrate you, your sketches, and your chiseled body of work.

Sudeikis’s Romney was feckless and adenoidal, bland as gruel and yet somehow often more charming than Romney himself. Sudeikis was inspired by George Clooney and Eddie Murphy’s “nasal white guy,” but I think there’s a dash of a Phil Hartman creation in there somewhere.

These two politicians called for very different approaches. Whereas Sudeikis played Romney straight as a ruler, his Biden was, appropriately, shaped more like a ruler that had been warped in a microwave. Seasoned players bring something to their political parodies that rookies can’t — maybe it’s cynicism, or gravitas, or just the ability to read as middle-aged without painted-on crow’s feet. Washington has always been a great playground for SNL, and now the reigning foursquare champion has graduated. How will they ever find a comedian who looks like Anthony Weiner? Trick question. Eighty percent of comedians look like Anthony Weiner.

Sudeikis’s natural chemistry with his castmates was highlighted in “We’re Just Friends,” a skit in which he played Andy Samberg’s totally platonic antiquing/latte-slurping buddy. Smooth yet square, his Midwesternness was often an asset: Watch that earnest shimmy in his half of the Just Friends shorts set. That booty’s got a heart of gold (for Sudeikis’s front booty, you’ll have to see Brett Favre for Wrangler).

Two A-Holes Work Out With a Trainer

Maybe it’s because Sudeikis seems so nice, but I’ve always appreciated this sketch, where he plays Kristen Wiig’s boyfriend, a very particular brand of asshole. He goes cold, defers to his “beb” on everything, smacks his gum, and looks at no one (except the cue card guy) for more than a tenth of a second. This asshole denies you the warmth that is advertised by Sudeikis’s face, then spits earbuds at you when you try to befriend him. That’s not to say that he isn’t totally skilled at a different breed of jerk: Eastbound & Down’s Shane was rotten to the core, but damn if I wouldn’t have walked like an Egyptian with that man every weekend until the cocaine stopped us cold.

Ah, the Bongo’s Clown Room series — it deserves a heartfelt R.I.P., the kind saved for sketches you didn’t really like the first time around but that grew on you with time (to all you haters: One day you’ll know the beauty of Danielle, the free European woman). Sudeikis played Tommy, the croaky, skeevy emcee of Bongo’s strip joint who tweedled around with his synths while giving you chills with the fuzz of his chest hair. It was always his final shift, but now the beats have stopped for good.

Alongside Will Forte as his co-commentator Greg Stink, Sudeikis played Pete Twinkle in this recurring ESPN Classic sketch, where women’s sporting events were always sponsored by their vagina medication. Twinkle tries to shepherd Stink through the motions of sports narration and douche slogans; the fun that Forte and Sudeikis had concocting this one makes it play much better than I bet it did on the page. Sudeikis lets long beats creep in between his phrases, either anticipating laughter or just making Twinkle a little blinkier and empty inside during the silences. Either way, it’s great. “Vagisil. When you get a surprise between your thighs … Vagisil.”

“Maine Justice” was on some next-level shit. It was as if Sudeikis was in full second-semester senior mode at this point, and his performance made this already bizarre sketch even weirder — and better. Selling this concept (a court of law as a portal to the bayou by way of New England … sort of) was a tough task. How does one proceed? With yelling, the special Southern kind. Spicy.

What Up With That?

Nope. Nope. Never going to not put “What Up With That?” on any Saturday Night Live list, because that would be disingenuous. This is my list. Mine, mine, mine. Who can turn the world on with his funk face? The Orange Jumpsuit Man can. This is an ensemble skit, and without Orange Jumpsuit Man, it would be like a face missing an eye.

The Devil on Penn State

Whether he was playing the dark underlord who hated Penn State or Jesus, Tim Tebow’s Lord and Savior, but most of all BFF (“Whoa, Tim, easy, easy — leave some room for the Holy Ghost”), Jason Sudeikis was the go-to deity figure of his SNL generation. And while it’s not like we’ll never see him again, his presence will be missed in the Saturday late-night spot. See you on the flip, J.S.