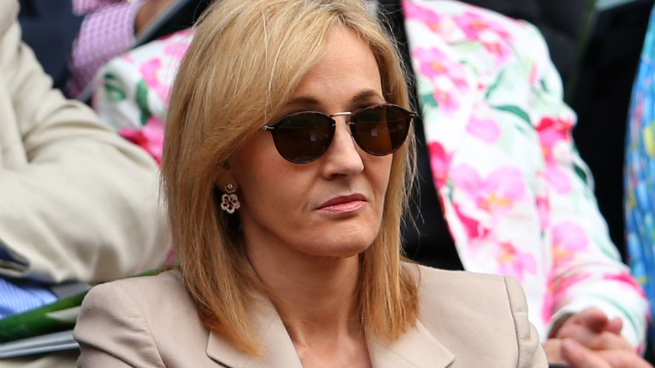 For his now-retired pseudonym Richard Bachman, Stephen King borrowed the “Richard” from the nom de plume of writer Donald E. Westlake, and the “Bachman” from the band Bachman-Turner Overdrive (he was listening to “You Ain’t Seen Nothin’ Yet” when his publishers called to ask him for a name; at that point, King had soured on his original choice, “Gus Pillsbury”). King decided to publish some novels — including Thinner and The Running Man — under Bachman’s name to avoid oversaturating the marketplace with King lit, an issue of concern to publishers in the early days of his career. King didn’t bother himself too much with disguising his style, and couldn’t quite help himself from dropping clues to his identity into Bachman’s novels (a nod to King universe mainstay Derry, Maine, in The Running Man; a recurring laundry business; one character accusing another of “sound[ing] like a Stephen King novel” in Thinner), but King’s relationship to Bachman (“a fairly unpleasant fellow”), and being outed as Bachman, has been complicated enough to require a couple different versions of forewords to The Bachman Books. “I was surprised, upset, and pissed off,” he writes, but there was “some relief as well” when King infected Bachman with a deadly strain of “cancer of the pseudonym” and offed him. Everything published after Bachman “died” in 1985 was presented as material found by Bachman’s widow, Claudia, in an attic trunk.

King once recounted an interview given by Paul McCartney in the late ’60s, in which McCartney mentioned the Beatles considering “the idea of going on the road as a bar-band named Randy and the Rockets,” undercover in “hokey capes and masks a la Count Five.” When the interviewer countered that the Beatles would still sound like, you know, the Beatles, McCartney was “startled … and then a bit appalled.” Once the mortgage has been paid off and the credit card bills settled, and after the bank accounts are cushioned beyond injury, a successful person can look back fondly on the good old days, when there were no yes-men and no expectations.

Bachman’s novels belonged less overtly to the horror genre than King’s, but more than anything it seems as though he was seeking to cart away his chips in a wheelbarrow and reapproach the blackjack table wearing a mustache. He wanted to try his luck again, gambling with his talents alone. A pseudonym is a temporary solution to impostor syndrome, an affliction that grows more troubling the more a person’s fame accumulates, but it’s also like a youth injection. I imagine that you grow to miss rejection when nothing you produce stands a chance of being rejected; you must feel as though you’ve become an expensive frame around some truly ugly collage of past creations, anxious at the sensation of sliding downhill on your own career curve. You lose the ability to judge your own work. Your audience is vast, some of them clamoring for more of the stuff you used to make like a gaggle of Annie Wilkeses, and on top of all that you have to grapple with the (sometimes troubling) aftershocks of having made an impact on the world with what you’ve brought to it. You start fresh.

The case of J.K. Rowling is the Neosporin applied to any struggling, heartsick writer who can’t make rent. She was depressed, on welfare, dreaming up the Harry Potter series on delayed trains and scribbling it down in cafés while her baby slept. “And now,” says your pep talker, “just look at her! Why don’t you take a long-ass train ride and get pumped on the wizarding world? The publishing industry isn’t dead: Just look at this one example I furnished for you in 10 seconds!” Rowling — whose real name, Joanne, was traded in for “J.K.” to appeal to male readers who would obviously be creeped out by the idea of a person with ovaries telling them a story — has shied away from her fame, and post-Potter has struggled with the effects of widespread attention that she described as “not entirely welcome, if I’m honest.” Divorcing herself from fantasy and moving into adult fiction with 2012’s The Casual Vacancy, in which cleavage and aching balls and “unguarded vagina[s]” roam freely about the page, must have been a difficult jump, but one must graduate from Hogwarts eventually. Vacancy, published under Rowling’s name, flew to the top of the charts but divided critics, some of whom (perhaps unfairly) issued demerits when the novel lacked any one of Potter’s literary strengths, and (definitely unfairly) seemed dismayed that it wasn’t intended for Potter fans, though it was never marketed to be.

Of course Rowling would want to pull the lever and let herself fall into the dark basement of pseudonyms, a place where you can talk in a funny voice and give your characters names like “Cormoran Strike” and “Lula Landry” if the mood takes you without ever having to explain these fickle decisions’ place in your oeuvre. King imagined Bachman’s books lining the shelves of pit stops — nothing special here, nothing flashy, until you crack the cover. Rowling’s pseudonym, Robert Galbraith, whose fictional biography described him as a former British Army officer, was lauded by critics as a brilliant first-time novelist when his debut crime novel, The Cuckoo’s Calling, was released by Little Brown in 2013, maybe partly because nobody was ripping through it hunting for magic. I found it compelling but not particularly great — much like Bachman’s posthumous The Regulators, it was something you’d bring on an airplane for company but never think much of again — a dishy, twisty-turny ride with a limping, boozy, charming protagonist and a generous handful of differently beautiful women (approachable-hot, model-hot, actress-hot, bitchy-hot).

When Rowling was outed as being the author, sales rose exponentially but the author was distressed. The betrayal came in the form of a tweet from a woman who had received the secret information through the grapevine (the top grape being a partner at Rowling’s representative law firm, who is now facing a fine), and Rowling responded publicly that she was “very angry that [her] trust turned out to be misplaced.” Being Galbraith allowed Rowling the best of both worlds: Galbraith didn’t need to struggle or worry about his daughter waking up from her nap and interrupting his work; Rowling didn’t have to stress about telling a story that her Potter audience would find alienating. It’s the elusive fountain of career youth, having the hunger and the fully stocked refrigerator at the same time, paired with enviable shape-shifting that could allow her to write as a man (one more step away from Joanne, that male-reader repellent) — a stranger telling stories to strangers.

But Rowling isn’t about to replace Galbraith with a pseudo-pseudonym: Another Cormoran Strike novel, titled The Silkworm, hits shelves in late June. This time it’s not a starlet who’s imperiled and requires the assistance of private eye Strike, but a novelist, Owen Quine. According to the synopsis, the novelist turns up deceased, and another whodunit, whydunit ensues. Why wouldn’t Rowling kill Galbraith and invent someone new? Perhaps she’d invented someone too dear to her to murder; perhaps, as a professional yarn spinner and person inventor, she’s invested too much of herself in not only the officer turned novelist but the stories within his fabricated mind (Galbraith:Strike::Rowling:Galbraith). That’s a lot of pages, and imagination, to throw away.

King wrote of his most prolific pen name, “Sometimes it was fun to be Bachman, a curmudgeonly recluse a la J.D. Salinger, who never gave interviews and who, on the author questionnaire from New English Library in London, wrote down ‘rooster worship’ in the blank provided for religion.” It isn’t easy to create a persona who’s fun to be, who offers you the opportunity to be judged as an invisible entity who can’t give press tours and who disappears when the anxiety (I’m a fraud, a liar, a trickster) becomes too much to bear. Rowling knows the magic of fiction: inhabiting several characters instantaneously, getting the hang of each voice and then helping them complete their actions without judgment, fitting them with batteries and letting them do their thing. Acknowledging Galbraith as Rowling doesn’t discredit his existence as a different author — speaking to a different readership — altogether: He is, and Rowling’s efforts to conceal her secret proved it. He validated her words, the best thing a pseudonym can do, and earned the right to his autonomy.