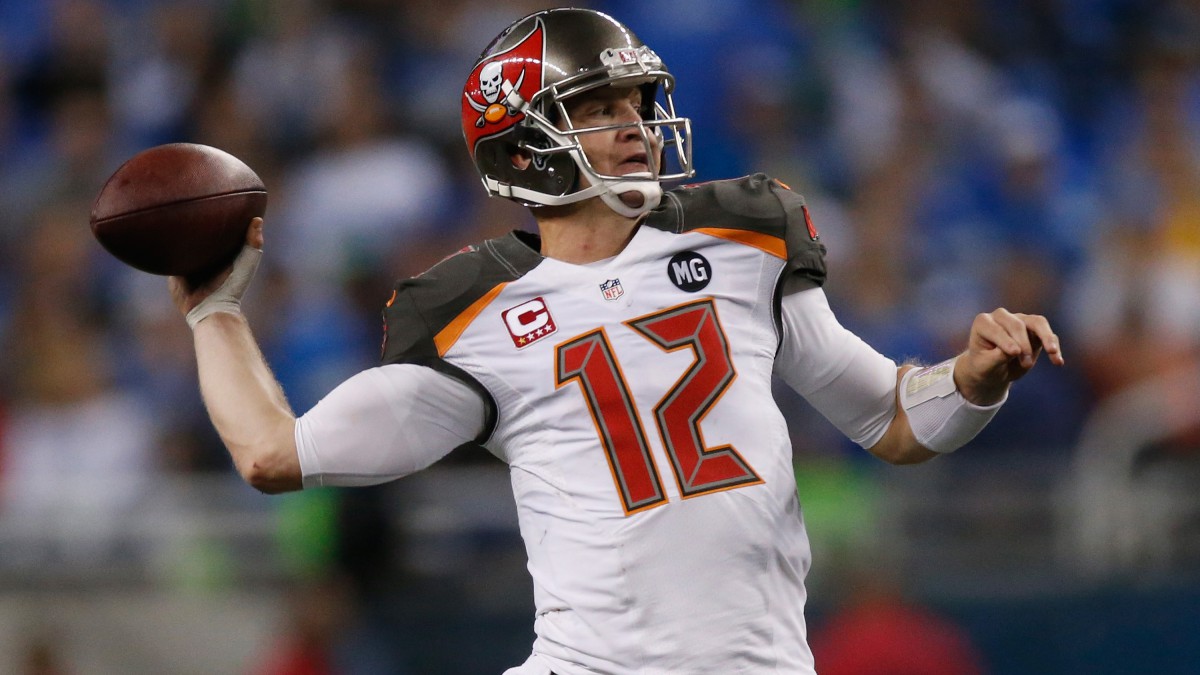 That the Josh McCown sweepstakes was a real thing tells you all you need to know about this year’s veteran quarterback market: It’s barren as hell. The available talent — if you can call it that — can only be described as Bortlesesque.

The “winners” of McCown’s services — the oranger-than-ever Cleveland Browns — are probably no more set at quarterback today than they were before McCown’s signing. While part of that has to do with the fact that Johnny Manziel is in rehab, it’s mostly a reflection of the historically uninspiring options at hand. Sometimes life gives you lemons, and other times it gives you a 35-year-old career journeyman who went 1-10 in his most recent stint as a starter. This is an article about those other times. Join me as we meet the free-agent quarterback class of 2015, where accuracy, arm strength, and durability go to die. 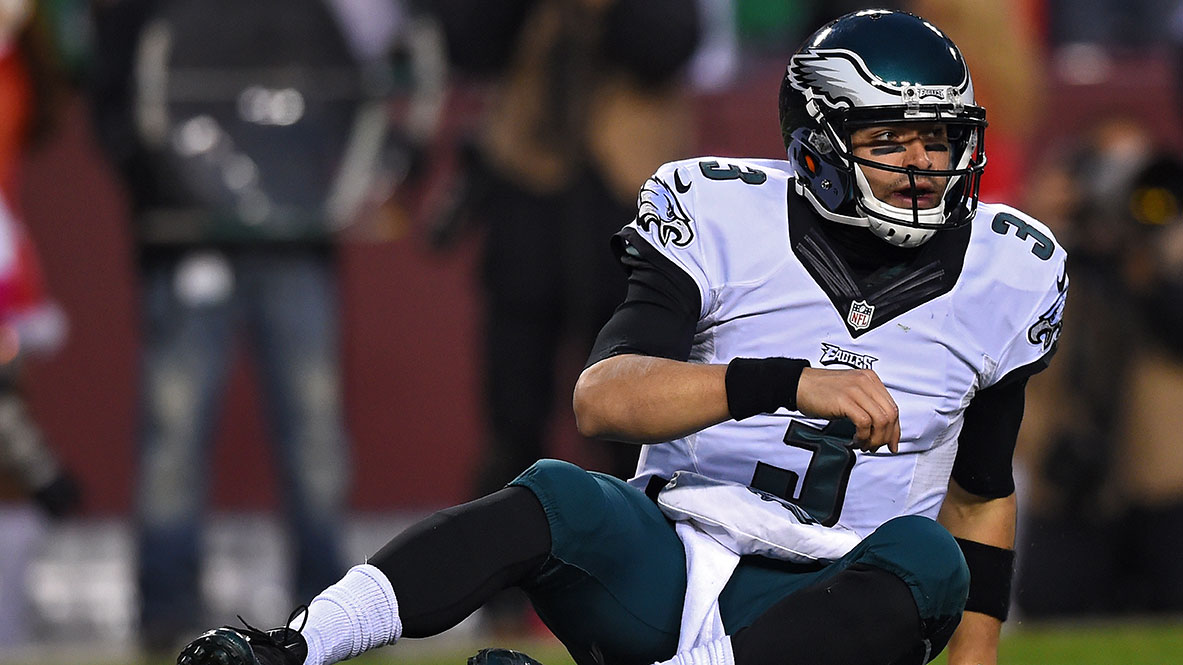 Mark Sanchez’s season in Philly was a pretty apt microcosm of his career: A hot, victorious start quickly gave way to a dismal conclusion, reminding everyone why he inked only a one-year deal in the first place. Chip Kelly seems content to ride it out with Nick Foles or sell the farm for Marcus Mariota, leaving Sanchez in the dust like a college facing possible NCAA sanctions. This has turned out to be a rather fortuitous development, though, because the door is now open for Sanchez to reunite with Rex Ryan in Buffalo, and I think I speak for all of America when I say that we really need those two on Hard Knocks again. I mean, Rex has already updated the tattoo of his wife in a Sanchize jersey to Bills colors, and it’s not like he’s got anyone better to play quarterback. Can’t you just imagine them palling around Upstate New York in this thing? Of course you can. It’s meant to be.

Something that is definitely not meant to be: Christian Ponder as an NFL starter. You knew it was over when he was benched for Matt Cassel in 2013, and the Vikings officially gave up on the dream when they drafted Teddy Bridgewater last year. Of course, Ponder can still be a serviceable backup, and someone — perhaps the Bucs, what with the Leslie Frazier connection — will bring him in on a short-term contract to fill out a roster spot and “mentor” a rookie.1

Meanwhile, I steadfastly maintain that fellow 2011 first-rounder Jake Locker would be a semiproductive starter if there were no such thing as injuries, but alas, his future employer might as well sign him straight to IR. As for Michael Vick and Jason Campbell, well, I’d encourage them to sign up for America Works. Speaking of which, here’s an exclusive look at Frank Underwood’s assessment of this quarterback market:

The transcendent quality ascribed to Tom Brady’s backups is one of the more inexplicable phenomena in recent sports history, but that doesn’t mean anyone will actually back up the Brinks truck for Brian Hoyer or Ryan Mallett next week. With the Browns adding McCown, Hoyer’s future in Cleveland appears to be over, and if this Adam Schefter report from November is to be believed, the Titans and Texans will be among his primary suitors, which isn’t surprising given that he has played for Ken Whisenhunt and Bill O’Brien. Lurking, of course, is Buffalo. Buffalo is always lurking.

Nevertheless, I can’t see the Texans bailing on Mallett’s relatively high upside for a known commodity like Hoyer, who wouldn’t provide much improvement over the immortal Ryan Fitzpatrick. Needless to say, Houston is fortunate to play in the AFC South, at least until our man Bortles comes from out of nowhere. (You know it’s coming.) 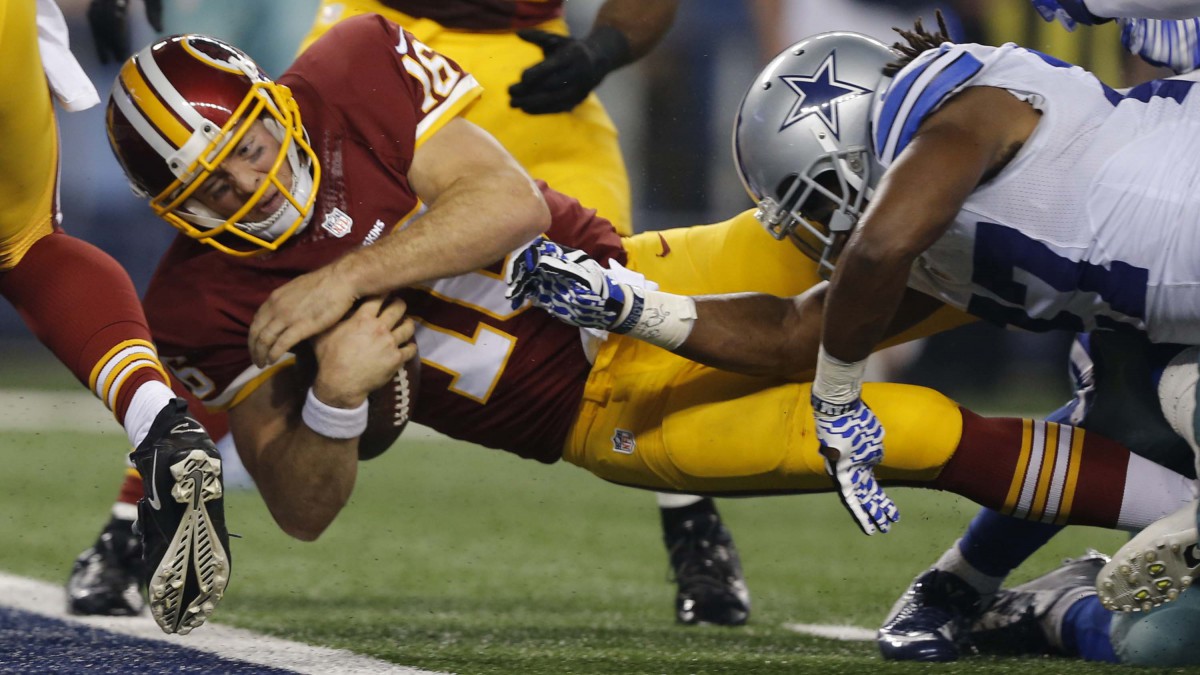 Need a starter? Then this is decidedly NOT the section for you, unless you harbor abnormally positive feelings about the career prospects of Matt Moore, Colt McCoy, and/or Shaun Hill, among other low-rent backup options. Let’s start with Moore: Yes, he has prototypical size. No, he doesn’t offer anything else of note, including experience — he’s attempted only 29 passes in the past three seasons. And while McCoy beat the Cowboys on Monday Night Football last year and promptly unseated RG3, he also floundered down the stretch and finished the season on IR. Hill is basically an off-brand version of McCown and somehow made Austin Davis look like a god for a brief period of time, which is the greatest possible indictment of a quarterback’s ability.

This is the point when names like Tarvaris Jackson, Matt Flynn, and Jimmy Clausen come into play, and that’s a rabbit hole I am simply not willing to explore. If your team is in the market for a quarterback and starts shopping in this aisle of the Econo-Save, the best option might just be to pray.