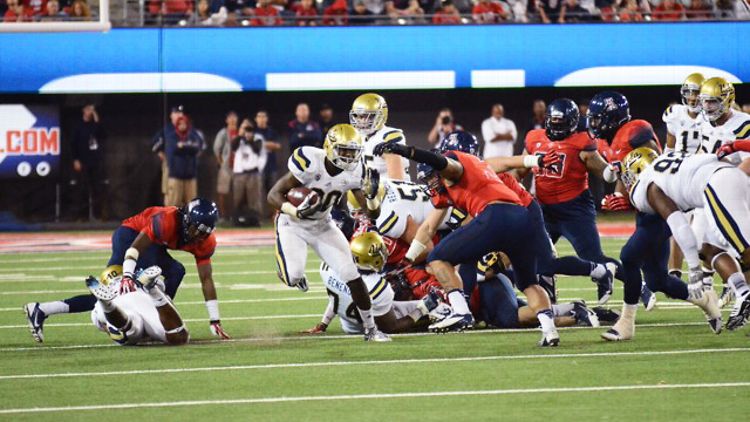 Where Is He From? Bellevue, Washington.

Follow the Bouncing Ball: Jack’s journey has been brief but bouncy: Pursued by a majority of Pac-12 programs, Jack signed with the Bruins and began his career as a linebacker, earning a starting spot beginning in UCLA’s second game, versus Nebraska. Heading into the Bruins’ ninth game, at Arizona, Jack had recorded 56 tackles in his shiny new collegiate career.

And then UCLA lobbed Jack at the Wildcats — at running back. You might have heard. A 66-yard touchdown later, Jack had our attention. By game’s end, Jack had recorded Week 11’s most memorable performance, with 120 rushing yards on six carries, eight tackles, and a forced fumble recovery.

Bio Tidbit: Jack has an interest in film production, per his school bio. Think he’ll do his own stunts?

I can show you better than I can tell you.

Should We Know Him? It’s early. And despite Week 11 appearances, Jack isn’t a plug-and-play video-game avatar; the coaches aren’t going to use him on both sides of the ball for four quarters every week. But if you’re not interested in knowing the true freshman who earned Pac-12 Offensive Player of the Week honors before the end of his first season as a linebacker, that’s between you and your gods.

Washington, the first school to recruit Jack, pays a call to the Rose Bowl tonight at 9 ET (ESPN2). Stay tuned.