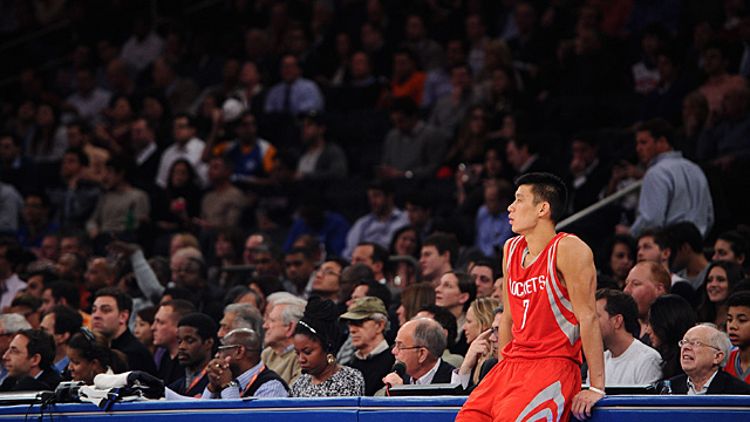 When the Knicks didn’t match Houston’s offer sheet for Jeremy Lin in the summer of 2012, it struck me as cruel. Knicks fans had struggled through any number of confounding contracts, bizarre trades, brooding malcontents, and embarrassing scandals, yet had stuck by the team. It hurt to see Lin, who had saved their season and single-handedly generated a buzz that a decade’s worth of big-name free agents and trade acquisitions never came close to generating, walk away for nothing. It was like catching lightning in a bottle and turning in the bottle for the nickel recycling fee. Writing as an Asian American and a Knicks fan, it was a truly brutal blow.

Worse still, the move was explained — when it was eventually explained by the Knicks — in purely rational, economic terms. The third, $14.9 million “poison pill” year in the Houston offer would cost the team too much in luxury tax, it was explained, as if the luxury tax wasn’t a concept that the Knicks had been treating like a road house urinal cake for as long as anyone could remember.

For an organization that had spent the past dozen years building ill-fitting teams of towel-bedecked misanthropes on the carbonized ashes of millions of dollars in player contracts, throwing good money after bad money after Jerome James money into 55-loss hellmouths, the sudden conversion to parsimonious rectitude was at best ironic and at worst utterly unconvincing and capricious. It was like a perfectly believable alibi delivered with a cat-that-ate-the-canary smirk. “Oh, yeah, we care about the luxury tax now. Honest we do. Sorry.”

Then there were the rationalizations and critiques pertaining to Lin’s game that swirled in the wake of his move.

• He didn’t deserve the contract.

• He wasn’t as good as his Linsanity stretch suggested.

• All the publicity was only because he’s Asian.

These critiques were both simultaneously true and coldly dismissive. Yes, in the sense that any human being deserves to make millions of dollars for bouncing a ball, Lin wasn’t, at that time, worthy of the money, particularly when considering the third year in the Rockets’ offer. Yes, the holes in his game — his erratic outside shot, his unidextrous ballhandling, his propensity for turnovers — gave the salad days of Linsanity a decidedly flukey air. Yes, his Asianness factored into the hype, magnified by the aspirations of a generation of Americans whose best chance for seeing someone who looked like them in popular entertainment was either the archetypal small-dick-baby-man character or the exotic sex object character.

The critiques were dismissive in that Jeremy Lin is an Asian American basketball player who scored more points in his first five games as a starter than anyone in NBA history but was talked about as if, at the advanced age of 23, he would never improve. He can only go to his right, and his shot is unreliable, and the chance that this will always be the case — again, at the age of 23 — is simply too great to risk. Dismissive because if the hype was based solely on his race, it logically follows that his actual, tangible achievements — individual statistics and games won — were somehow a reflection of the low expectations of his opposition. Teams took him lightly, but now they’ve adjusted and the world is righted once again.

But in the end it was the best move for everyone involved.

The Knicks could move on with Carmelo Anthony, who, for whatever reason, was uncomfortable sharing the spotlight with a player who so quickly emerged from obscurity. The Knicks have millions invested in Carmelo as the team’s centerpiece. And a team making personnel moves in congruence with its star’s concerns is a natural state of affairs in pro sports.

As for Lin, he would be a catchphrase first, ballplayer second if he remained in New York. In Houston, he’d be largely loosened from the near-messianic weight of others’ aspirations and instead allowed the freedom to develop without every dribble being a referendum on the roles of Asian Americans in our culture. He’d be part of an organization that values rationality over marquee sizzle and stability over win-now tumult.

With Houston, the DNA of his game is the same. He is still a score-first slasher who prefers the right, but now has more confidence going left. His shot is noticeably smoother. The big difference is his ability to switch gears. In the Linsanity period, he seemed to be going as hard as possible all the time, every minute, so that, by the third and fourth quarters, he looked like a wrung-out wash rag, mouth gaping, face pink with exertion. Now he can pick spots, go full bore for a few sequences, then dial it back and still remain effective. He’s a better player now. A player the Knicks could’ve used.