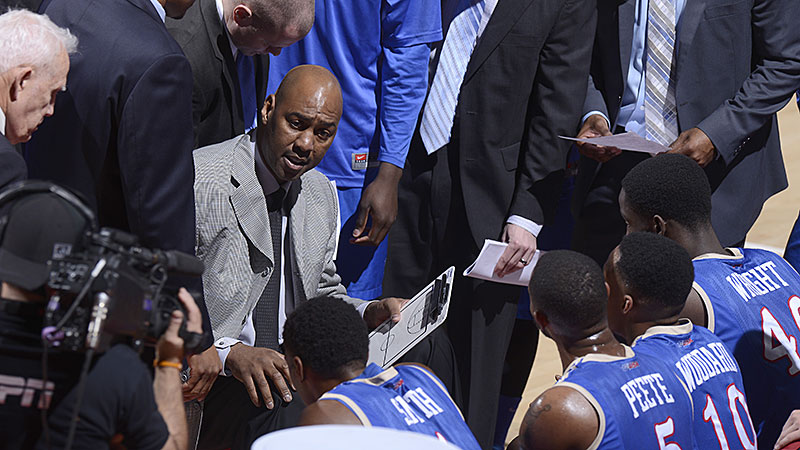 Who Is He? Danny Manning, 47-year-old head coach of Tulsa

Where Is He From? Manning was born in Hattiesburg, Mississippi, went to high school in Greensboro, North Carolina, and played a season for Lawrence High in Lawrence, Kansas, when Larry Brown hired Danny’s dad, Ed, to the coaching staff at Kansas.

Stats: In his second year at Tulsa — he spent the previous nine seasons at his alma mater, Kansas, six as an assistant coach — Manning will lead the 21-12 Hurricane into the tournament for the first time in 11 years. He was named C-USA Coach of the Year.

This is the part where I mention that Manning is one of the most memorable players in NCAA tournament history, leading Larry Brown’s 1988 Kansas team to a title after posting 31 points, 18 rebounds, five steals, and two blocked shots in the title game against no. 1 Oklahoma.

His COACHING STYLE in 90 Words or Fewer: Though I had my doubts about whether Manning could make the tactical leap from a support position at Kansas to a head coaching job in the C-USA, he’s weathered injuries on the roster and made Tulsa a winner again. After all, going back to Clarence Iba, Tulsa is one has one of college hoops’ finest coaching traditions, one that has often served as a springboard: Just ask Nolan Richardson, Tubby Smith, and Bill Self. If you win there, as Manning has, big things could be in store.

You Might Know Him From: Outside of his record-setting four-year career at Kansas, Manning was selected first in the NBA draft by the Clippers and spent 15 years in the league. Though he never lived up to his potential due to ACL injuries — at Kansas, he was something of a stylistic predecessor to Kevin Durant or Jabari Parker, other big forwards who could score in a lot of ways from basically anywhere — Manning made two All-Star Games and lingered as a part-time player before joining Bill Self’s staff in 2003.

Great Moments in Social Media History: I get a kick out of following college coaches on Twitter: It’s an important space for them to be because of recruiting, but it’s pretty obvious that coaches aren’t 100 percent clear what Twitter is or how they should use it. It’s an obligation, and with a few exceptions, they aren’t sure how to have fun with it. Thus, I present Danny Manning individually thanking every mention: 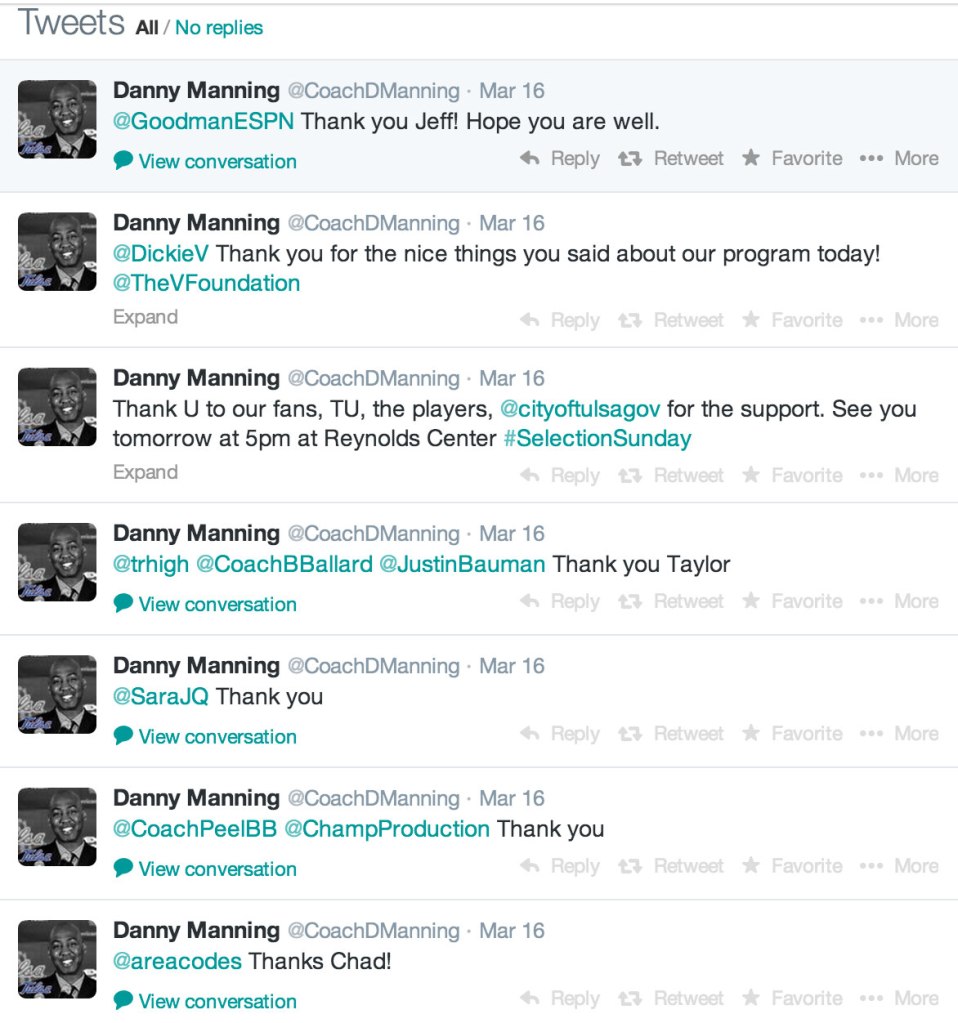 Off the Court: Danny’s son, Evan, is a walk-on at Kansas.