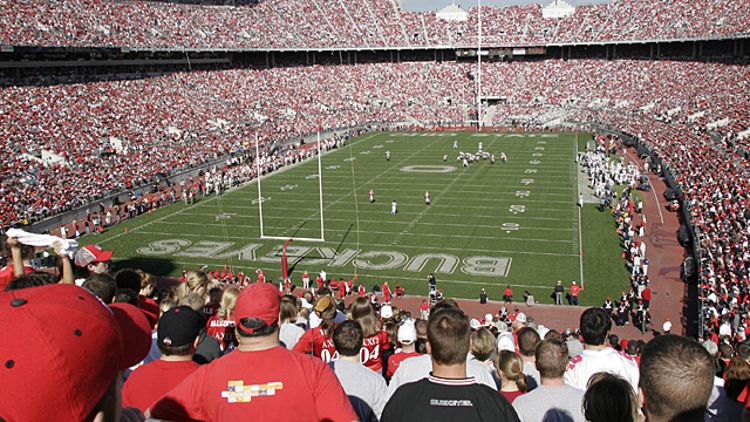 Future bets offer action the entire season, play the role of conversation starter, and make a solid Las Vegas souvenir. A single future ticket gives you a rooting interest across many games, can draw a crowd at the bar, and is worthy of a prime refrigerator spot in remembrance of a historic weekend in Sin City.

Most of all, BCS future bets are a reflection. By offering more than just the possibility of financial gain, future bets appeal more to the small-stakes recreational bettor than the pro banging the book for the limit. Tony Miller, director at the Golden Nugget, tells me that less than 10 percent of his BCS future handle comes from professionals. This high percentage of public money means BCS future odds are an unmatched indicator of what the average fan thinks.

It takes only a glance to see the effects of Alabama’s on-field dominance. Bettors think the Crimson Tide have double the chance of any other team to win the BCS title (which would make three in a row, four in five years). Amazingly, Alabama has been favored in 41 consecutive games, and is projected to be favored in every game this season.

Many Ohio State fans like to speculate on how the undefeated Buckeyes would have fared against Alabama last season. Vegas consensus says the Tide would have been a two-touchdown favorite in that matchup. The only way to humble the Tide is to match them up against an NFL team. The Kansas City Chiefs had the worst record in the NFL last season, but would have been favored by 24 points against Alabama in a hypothetical meeting. I’m not sure that’s much solace to the rest of college football.

Sportsbook William Hill is offering the following prop: Who will win more regular-season games this season, Alabama or the San Francisco 49ers? Even with four more regular-season games, the Niners are still only small favorites. Speaking of domination, William Hill odds give the SEC exactly a 50 percent chance of producing this season’s BCS champ, with all other teams in college football given the other 50 percent chance. That’s the stuff sports radio debate is made of.

While Alabama has been given the best chance of taking home the title, another SEC team has generated the most action in betting dollars: Texas A&M. The second-most-bet team has been Ohio State. These two top the action list by a wide margin; according to Jay Kornegay of the LVH sportsbook, A&M and OSU have each accounted for 2.5 times the betting handle of any other team.

Ohio State money continues to pour in, with no odds downgrade from the recent suspensions. Pro bettor Chuck Edel is pessimistic about A&M, citing off-the-field turmoil plus a disadvantage because the Aggies’ quirky offense will be more familiar to opponents this season. Pro bettor Krackman is also down on A&M, emphasizing the key loss of offensive coordinator Kliff Kingsbury.

With Alabama and Texas A&M among the favorites, few consider LSU (downgraded from 15/1 to 25/1) to be better than the third-best team in the SEC West. South Carolina is generating less action than expected (from 15/1 to 30/1). MGM’s Jay Rood told me “bettors are losing faith in [coach Steve] Spurrier’s ability to put a complete offensive team on the field.”

Notre Dame’s loss of quarterback Everett Golson is the main reason for the Irish downgrade (40/1 to 60/1). Even at the inflated payout, pro bettor Steve Fezzik is sour on Notre Dame, citing historic luck last season plus a schedule full of improved teams armed with revenge. And finally among the big downgrades, the departure of Denard Robinson has helped suck the excitement out of Michigan’s support (from 30/1 to 50/1).

The biggest loss for LVH would be a title win by a long shot, like, say, Tennessee (opened at 1,000/1). But don’t feel too bad for the boys behind the counter: Of the 50 possible future bets at the LVH (49 teams plus the “field”), only 15 results would lose money for the book, while 35 would produce a net win. Even with LVH’s relatively generous payouts, it’s tough to overcome “the vig” built into future bets. That hints at a lesson we will return to many times: When the average bettor is heavily involved, the sportsbooks expect heavy profits.