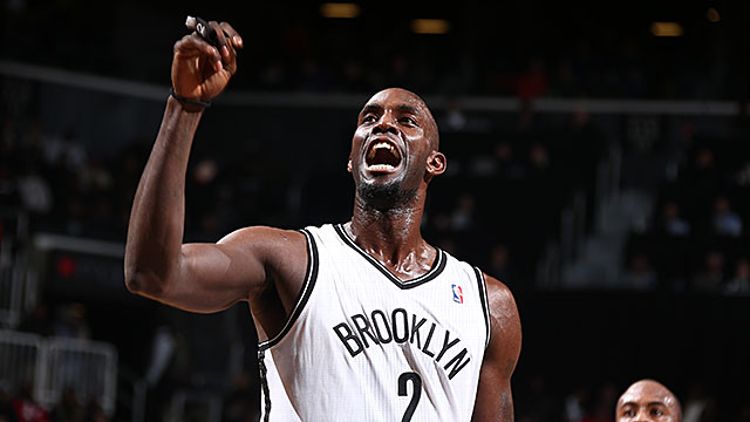 “An expectation of defeat.”

This was how my friend Chris explained his mind-set as a Nets fan in the 1990s — and they weren’t even that bad back then! He grew up in Imlaystown, New Jersey, equidistant from Philadelphia and New York, in that liminal space where you could probably convince yourself you shared more in common with the nearby, cosmopolitan city-dwellers than with the rest of the state. But this kind of provincialist self-loathing never appealed to Chris. “I ended up resenting the hate Jersey would get.”

When the Nets moved to Brooklyn, this was what got left behind — that sense of self-defeat or tragedy that only ever feels local, all the more so once you realize nobody else recognizes it. At least others will romanticize on behalf of Boston, Chicago, Pittsburgh; the reflex with New Jersey is just to make fun of it. It’s all a little weird for Chris, who plays drums for Vampire Weekend. He’s also the only proper Nets fan I know. The Nets’ worldwide reach is a real thing to him — he sees it everywhere the band goes. Thanks to the Nets’ new environs and a head-to-toe redesign that is at once bold, classy, and blandly universalist, the team has become a global brand. The entire operation feels futuristic, self-aware. They still have that new-car smell. But when we last spoke, the Nets were yet in the throes of early-season underachievement, fending off injuries and a series of somewhat baffling decisions by Jason Kidd. Insofar as two weeks constitutes a non-ridiculous sample size, they’ve been playing pretty well since then. Victories against the Bucks, Celtics, and Clippers tripled Coach Kidd’s personal mark for consecutive wins, and the Nets hung tough against the Pistons despite Brook Lopez’s absence.

It’s hard to say how much difference Michael Carter-Williams (“DNP — SKIN INFECTION”) would have made last night, when the Sixers’ defensive strategy seemed to involve allowing the Nets to score so they could get the ball back. The Nets have begun to find their rhythm and overall KG-ness as a defensive unit; what they forfeited in athleticism, they made up for in rancor, organization, and simply stiff-arming Tony Wroten to the ground. Joe Johnson played well enough to actually display human emotion. Mirza Teletovic’s first-ever NBA start was the fetching combination of brusque boards-crashing and long-range bombs you pretty much expected. With more of the Nets returning from injury, the pieces began to make sense: Andray Blatche’s swaggy athleticism off the bench, Alan Anderson’s against-all-odds caginess, the limited, surgical roles Teletovic and Mason Plumlee could be assigned in some far-off playoff series. Even Paul Pierce resumed his role as a fourth-quarter assassin, though the game was safely out of hand by then.

It was all good. The loudest roar of all came when “Jen from Staten Island” nearly sank a half-court shot for an automobile. As the Nets built upon their 30-point lead, chants started throughout the arena: “REG-GIE! REG-GIE!” During timeouts, Reggie Evans would be on the edge of the huddle, warming up with lateral, side-to-side jogs. But Kidd never relented and Evans stayed on the sidelines, cheering on his teammates, holding them back whenever the need arose. That’s Kidd, Chris guessed. Maybe he was trying to show his authority in the face of our collective will, lest we go sour.

Chris spent a lot of his teenage years watching Kidd pilot the Nets toward respectability. Now, they’re both in New York, versions of the same story about the lures and possibilities of the big city. “I don’t consider myself a New Yorker. I have too much … Jerseyness,” he quickly clarifies. “That’s what bummed me out about the Nets moving to Brooklyn. It was more fun to root for New Jersey since most people didn’t give a shit about it.”

The life of a touring musician means Chris spends a lot of his days abroad in search of random, out-of-the-way sporting thrills: third-tier English soccer on a rain-soaked pitch, Aussie-rules football, aggro rugby fans, the massive, open splay of a cricket pitch. There’s a strange logic, he realizes, to being a fan of both the Nets and Tottenham Hotspur. He often wears high-school era Nets jerseys onstage; he lifts his button-up shirt to reveal a blue Kerry Kittles he wore when the band played the Barclays Center this past September. But Kidd, Kittles, Vince Carter, Keith Van Horn — that all seems like a million years ago, now that Nets owner Mikhail Prokhorov has imported European soccer’s creepy, oligarchical vibe to the NBA: the unnecessary hirings and firings, the flippant attitude toward financial solvency, the pressure to announce oneself globally. Music is Chris’s job; he understands the business and why things happen. But sports, he says, still retain “a sense of mystery.”

And now it’s migrated from the flatlands of New Jersey to downtown Brooklyn. The game was almost over and there were still a lot of kids committed to staying until the glorious end, sprinting up and down the aisles, desperate to get near the flat brim of the Dancing Gamblero. There’s one family who usually sit near my section, the son dutiful and transfixed, with his white Nets jersey or black Nets cap. Point being, he’s approaching that stretch of boyhood when sports might become one of the primary lenses through which you understand life. “Life’s not fair sometimes,” his father warned in the dying minutes of a competitive fourth quarter earlier this season, softening the boy’s sense of disappointment. Then he swore to me under his breath about something Deron Williams did. The Brooklyn Nets were still a new, novel thing to us. To his son, they are the only thing. Who knows what he will come to expect?