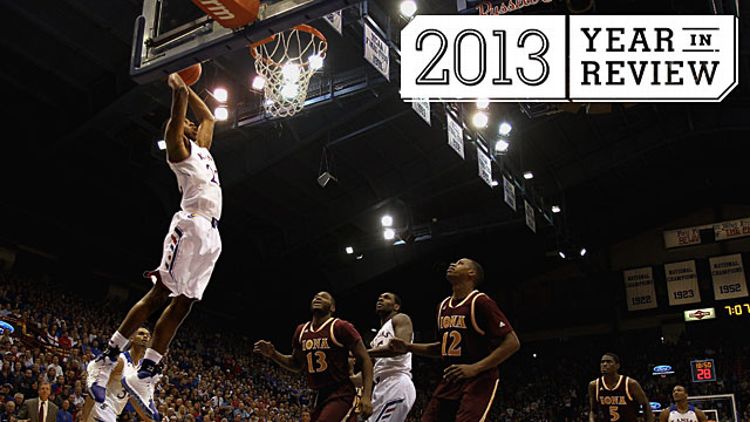 Somewhere in my parents’ house, there is a giant box of magazines that’s a gold mine of late-’90s, early-’00s sports. Maybe they’ve been thrown out by now, but the box weighs enough so there’s a good chance those 250 or 300 old magazines will just sit there forever. I saved everything. Sports Illustrated, SLAM, and probably every issue of ESPN The Magazine for a five-year stretch.

Of all those magazines, the one issue that was always was my favorite was the “Next” issue of ESPN The Magazine. That’s when they selected a bunch of rookie pro athletes and stars from high school and college, took awesome photos of them, and told us why they were going to be the next great superstars in sports. Before I became cool enough to realize it’s not cool to be obsessed with this sort of thing, I would read those “Next” issues cover-to-cover, look the players up online, and spend hours forecasting the future in my head. (Middle school was a weird time.)

One example: I have a distinct memory of convincing myself that a high school running back in Arkansas, an 18-year-old named Cedric Cobbs, would turn into the next Walter Payton. Such was the gift of the “Next” issue. Cobbs struggled in college and never really panned out. He still made it to the NFL, but he was not the next Walter Payton. The “Next” success rate was not 100 percent.

I mention all this because the sort of outrageously gifted young athletes who used to dominate those magazines now just dominate sports in general. They make an impact earlier than ever — guys like Russell Wilson and Andrew Luck, or either of the last two Heisman winners — and at the same time, we spend more energy than ever obsessing over them, and about who’s up next to blow our mind.

Freaking out over prospects you’ve never actually seen live, watching grainy highlights on YouTube, daydreaming about the future — it’s all normal now. High school and college prodigies are in magazines constantly, pro basketball teams plan for the future based on 17-year-old stars, and NFL draft geeks go just as crazy over freshmen as they do seniors.

None of this started in 2013, but this year it felt like we hit a crescendo of ridiculousness. Take three examples.

A year ago, Wiggins was a mostly anonymous kid from Toronto who wasn’t even guaranteed to play college basketball this year. Six months ago, a combination of NBA scouting buzz and YouTube had turned him into the no. 1 recruit in the country and the most famous basketball player in the world not currently in the NBA.

A month ago, he was called overrated, and most everyone who watches college basketball decided another 18-year-old — Jabari Parker — was more impressive. NBA fans echoed the sentiment. Last week, Wiggins had 26 points and 11 rebounds against Florida, reminding everyone of his promise. He’s by far the best defensive player of any of next year’s draft prospects, and his offensive game is still growing but already kinda deadly. Now Wiggins is no. 1 again. Maybe. He could be overrated again by next week. This is what happens when one of the biggest stories in basketball is a player we know nothing about.

He was the biggest recruit in the country coming out of high school, so it’s not like he came out of nowhere. But about a year ago the legend of Clowney took on a life of its own when he destroyed a Michigan running back in a bowl game.

People had heard of him before, but they didn’t know he was like THAT.

Six months after that hit, Jay Z was trying to sign him as a client, the whole world was freaking out over his offseason workout numbers, people were joking about NFL teams tanking their season for a shot at the no. 1 pick, and I was writing things like “On the sixth day God created Clowney and on the seventh day everyone was dead.” The New York Times was writing things like “He is a meaner version of Julius Peppers. A bulkier Jevon Kearse. The next Lawrence Taylor. The next Mario Williams. A football Superman with dreadlocks.” Then football season started, people watched his games by staring at the defensive line, and when he didn’t explode helpless running backs five times a game, a lot of people came away disappointed.

Of course we have to mention Giannis. With all due respect to Pau Gasol, Giannis Antetokounmpo is pretty much the most enjoyable human in the NBA this year. He blogs in Greek about guarding LeBron James (“It was nice when in some moments I had to guard him. It never crossed my mind that I was in danger of ‘getting into his poster'”) and taking his driver’s test (“Wish me luck!”). I want to adopt him as my little brother, and it’s kinda scary how serious I am about this.

At the same time, he’s 6-foot-9 with arms that stretch forever, he can shoot from anywhere, and he can still get worlds better. This is why he’s the most talked-about ninth man in the NBA.

Nobody has any clue what he can be, and that’s part of the appeal. For now, he’s just the most happy-go-lucky giant Greek rookie in the universe. But in a few years … did you hear he’ll probably be 7 feet by the time he’s done growing? What would THAT look like?

It’s all part of the Giannis legend. 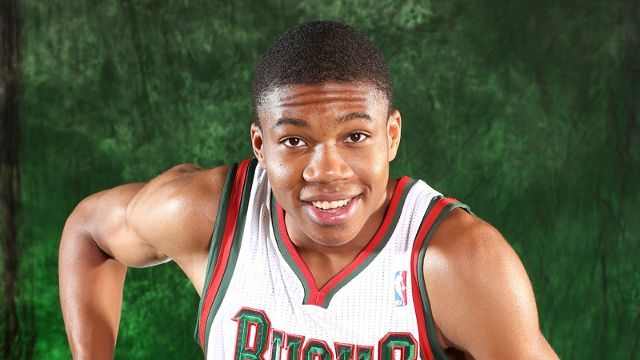 There are other examples. Seth Jones is the 19-year-old future of American hockey, and 16-year-old Connor McDavid is the next Sidney Crosby in Canada. Yasiel Puig, Mike Trout, Bryce Harper, and Manny Machado have all built legends of their own in baseball. Luck, RG3, Wilson, and Colin Kaepernick did it last year in the NFL.

But the original idea for this piece was centered on Jameis Winston. Two months ago, he was the best quarterback in college football, a 19-year-old freshman running the best offense in the country, and every single story was more evangelical than the next. He was a leader but he was one of the guys. He was funny but he was smart. He was athletic but he loved to stay in the pocket. He was everything. The ultimate example of prodigies taking over sports. A month later, news broke that he was under investigation for sexual assault. After a few weeks of the story dominating national sports news, a state attorney in Florida decided not to charge him with a crime.

I have no idea what happened, and I have no idea how I’ll process it going forward. Maybe he did nothing wrong, but at least for now, it’s hard to watch him win everything without thinking of sexual assault. So it feels weird to celebrate his arrival as the next big superstar.

That’s a whole separate conversation, but I mention Winston here because everything that has happened with him over the past few months forced me to think harder about this than I would have if this were just some half-assed piece about young stars making an impact in sports.

The truth is that most of these guys turn into superstars before anyone has any idea exactly who we’re talking about, and that brings its own set of consequences.

It happened with Johnny Manziel last year. Everyone fell in love with him as a player and turned him into this scrappy, college version of something like Brett Favre. Then he won the Heisman and became as famous as actual Brett Favre, the media tracked his every move, and he spent the summer partying and hanging out with rappers. So a lot of people freaked out. That wasn’t the scrappy guy everyone meant to give the Heisman to.

It happens on the field, too. Clowney was supposed to be Lawrence Taylor and Julius Peppers and Dreadlocks Superman, and then when it turned out he was just a once-in-a-generation athlete still learning to beat double-teams, everyone questioned his work ethic and killer instinct. The same thing will happen with Wiggins all year.

There are occasional cases like Giannis, who isn’t really a prodigy but more just a project, when we all come to the table with zero expectations and everything that happens is just a bonus. But way more often, the most incredible young athletes become ubiquitous more for what we expect them to be than for what they actually are.

Then when they don’t live out the expectations, or live up to the fantasy the way we expected, they become disappointing or polarizing somehow.

As much as this was a year full of prodigies taking over sports, that second part happened just as often. We turned these guys into superstars, then unleashed the backlash when they didn’t live up to the ideal we’d imagined. Whether it’s Manziel or Puig or Wiggins or Clowney or RG3, this cycle became more transparent than ever. It’s not new in 2013, but it feels more inevitable.

It probably started with high school LeBron on the Sports Illustrated cover.

Ever since then, it’s gotten more and more normal to celebrate athletes for their potential as much as for any real production. Now, the combination of YouTube and 24 hours of ESPN and the Internet helps the legends grow even faster.

So the most outrageous young players become these urban legends online and are stars before they turn 21, and as much as the hype and stardom is a compliment, it’s also a curse, because the same media that inflates the legends helps amplify the backlash when real life doesn’t measure up. Setbacks are inevitable. Athletes can still be wildly successful despite all this, but in general, it takes some public disappointment to shake us back to a place where we can appreciate athletes for who they are, not what we want them to be. It took LeBron a decade.

It’s something to keep in mind as we obsess over young superstars like Wiggins, Clowney, or anyone else. The once-a-year “Next” issues are obsolete now, because those stories happen daily, complete with the hype roller coasters that follow. This is what we do now.

Now, if you’ll excuse me, I’ve gotta go watch highlights of a 14-year-old basketball player. Have you heard of Seventh Woods? Check it out. This shit is insane.