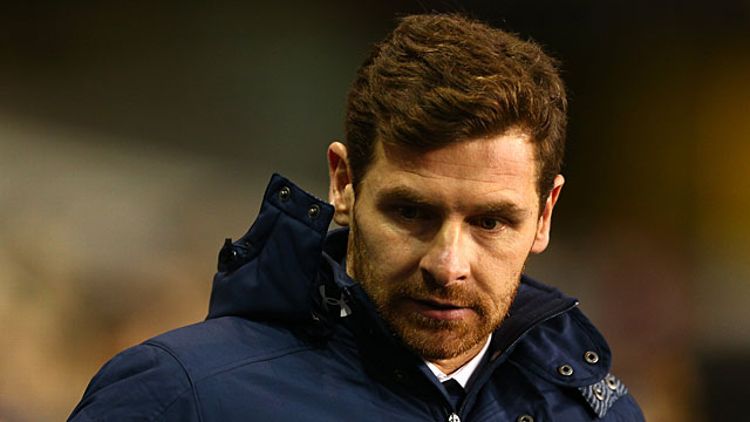 And just like that, Tottenham Hotspur’s Andre Villas-Boas experiment is over. Less than a year and a half after being hired, and only 16 games after being gifted with seven new first-team players to integrate into his squad, Villas-Boas was shown the door by Spurs chairman Daniel Levy (technically, it was a mutual agreement of both parties) after a disastrous 5-0 home defeat to Liverpool. The unsettling thing about the abrupt end to the AVB era at Spurs is that it feels like the reasons for his departure didn’t have all that much to do with the problems facing Tottenham Hotspur this season.

It sure seems like the three primary motivators for Villas-Boas’s exit were a 3-0 home loss to West Ham on October 6, a 6-0 road loss to Manchester City on November 24, and Sunday’s evisceration at the hands of Liverpool. Gabriele Marcotti reported that it wasn’t until after a postmatch meeting between Villas-Boas and Spurs brass that the management team at Tottenham decided to make the move. And now that he’s gone, behind-the-scenes stories are beginning to surface examining the relationship between Villas-Boas and the rest of Spurs’ power structure. But, it’s worth asking this: Without those three games, would those relationships have ever been an issue? Would that meeting have even taken place if Paulinho hadn’t been shown red and Spurs had limped to a lame 2-0 loss, or if that hadn’t been the third lopsided scoreline of the year? Should the difference between a blowout and a routine loss really be enough to cost Villas-Boas his job?

If the fraying of Villas-Boas’s ties to Levy and director of football Franco Baldini (a former admirer of the manager, who had reportedly tried to hire him at Roma, and who Villas-Boas supported for the Spurs director of football job), and the eventual departure wasn’t based on embarrassment, what was it based on? Certainly not on the balance of Villas-Boas’s results. Spurs sit only five points away from a Champions League spot and eight off Arsenal in first place. In fact, their 27 points after 16 games is one more than they had at the same point last season. And last season Spurs finished with 72 points, their Premier League high-water mark and the highest point total ever not to qualify for the Champions League.

And not to harp on two or three games, but the sheer amount of goals conceded to City and Liverpool are certainly explainable, even if they aren’t excusable. A three-goal deficit at halftime to Manchester City ballooned into six when Villas-Boas brought on a second striker in a vain attempt to chase the game. And while it may have been suicidal, and naive, and a host of other negative soccer clichés, what was the alternative? Batten down the hatches and hope to get out alive only losing 3-0? Is that really preferable in a manager?

The same could be said of this weekend’s Liverpool match. Minutes after Tottenham’s third substitution, leaving Paulinho as the only player resembling a holding midfielder on the field, the Brazilian got himself red-carded, and all of a sudden a two-goal deficit turned to five. None of which is to say that Spurs played well in those games. They didn’t. They played horribly, and the manager is responsible for those performances, but Villas-Boas’s aggressive decisions were probably some of the better ones he has made. Managers should be active in chasing games when they’re behind; you literally have nothing to lose by opening the game up and hoping you nab two goals before they do — except apparently your job.

The irony here is that there are significant concerns with this Spurs team, some that have existed for the bulk of the season, and some that have only recently reared their ugly head. Spurs’ attacking difficulties have been well documented. In the wake of losing Gareth Bale to Real Madrid, Tottenham have scored only 11 non-penalty goals this season (they also have three penalties and an own goal to their credit); only newly promoted Crystal Palace and Hull City have fewer. That’s really, really bad. Despite that, Erik Lamela, the most expensive of Spurs’ summer acquisitions, and one of the brightest young attackers in all of Europe last year, has gotten a grand total of two starts and four substitute appearances (and many of those were not in his preferred right wing slot). Instead, Villas-Boas had chosen Andros Townsend and his 46 shots and one goal, or the speedy but never particularly incisive Aaron Lennon. And that’s only one example. Spurs have a deep squad, one that has seen a lot of turnover in the last two seasons, and one (with the possible exception of Lamela) without any real recognized stars. Regardless of who Villas-Boas chose to start as part of his front six — striker, the band of three behind him, and the two central midfield slots — there were always other options lurking. That’s a high degree of difficulty for a manager, and one that will always leave him open to second-guessing, especially when a team struggles to score as much as Spurs did (even though, as some of the advanced metrics suggest, some of the lack of goals is attributable to Spurs playing under a dark cloud of horrific luck).

The poor attack, and the attendant lineup questions that went with it, didn’t cripple Spurs, in large part because their defense has been incredibly strong for most of the season. Until the Manchester City woodshedding, Spurs had only given up six goals total in their previous 11 games (and three were in that debacle at home against West Ham). They may not have clicked on attack, but Villas-Boas’s unique style of defense was firing on all cylinders. An extremely high defensive line combined with an aggressive, pressing set of midfielders handcuffed opponents and limited goal-scoring opportunities. Since then, they’ve given up 15 and haven’t kept a clean sheet, and while 11 of those goals came in only two games, they also conceded twice to Manchester United, and once each to Fulham and Sunderland. It doesn’t seem like much, but when you aren’t scoring and defense is your calling card, it’s enough.

It‘s actually the performances in the three Premier League games between City and Liverpool that should have been the cause for concern. While drawing with United and defeating Fulham and Sunderland seemed to stabilize the Villas-Boas ship, Spurs actually put in deceptively bad defensive performances during those matches. Before the Manchester City game (remember, this includes one awful West Ham performance), Spurs conceded on average 9.4 shots per game from an average distance of 20.1 yards with five coming from inside the penalty area (thanks to ESPN Stats & Info for the numbers). Against United, Fulham, and Sunderland, Spurs averaged 11.7 shots conceded from 18.3 yards out and eight in the penalty area. Those were the good games.

Is there a definitive reason for the defensive decline? Probably not (there may not, in fact, be any reason, because a five-game sample is incredibly small), but there are certainly several factors to take into consideration. First are the injuries. Spurs are without their top three central defenders and their top two left backs (which double-counts Jan Vertonghen as both their best CB and backup LB). Second, in games against Sunderland and Fulham, Spurs fell behind, coming from a goal down in both games, their only two successful comeback results of the season, which likely changed the game dynamics (although it again raises the question of why the heck they can’t score without a noticeable degradation in their defending). Third, Villas-Boas didn’t help his defense out at all. As he has throughout his tenure, he stuck to his defensive principles with a high line and aggressive midfield, regardless of whether he had the personnel to execute it. Against Sunderland, Spurs won despite fielding a back line that included one central defender who always looks uncomfortable playing the system (Michael Dawson), one who is a midfielder by trade (Etienne Capoue), and a left back who is a natural right-sided defender (Kyle Naughton) (and also not very good). Villas-Boas got away with it because Sunderland are Sunderland, but against Liverpool that back four got absolutely torched. A change of tactics might not have altered the outcome of the game (Liverpool really did look breathtakingly good), but it almost certainly would have made his defenders’ lives easier.

Spurs clearly have some issues, enough issues that it’s worth asking how long Villas-Boas should have been given to work them out. How long is a reasonable amount of time to give a manager to find his best lineup out of a raft of new players? How long should Levy and Baldini have waited for Spurs’ unlucky conversion percentage to turn around? How much time should Villas-Boas have gotten to figure out how to deal with his injury-riddled back four?

Conversely, it’s also worth asking, exactly what do Spurs gain by not giving Villas-Boas until at least the end of the season to make the attempt? The goal for Spurs is obviously Champions League qualification. So, the real question is, how likely is it that Spurs improved their chances at qualification by parting ways with Villas-Boas now? And how much do they need to improve their chances in order to make giving up on Villas-Boas worth it? Quantifying that is impossible. But, taking into account Villas-Boas’s strong record with the club, and the relative paucity of available accomplished coaches out there to step in, and adding in the fact that Spurs apparently made the move suddenly, and do not have a succession plan in line, it seems pretty unlikely that whoever they bring in (Tim Sherwood in the interim, at least) is going to be such a big improvement over Villas-Boas over the next 22 games that it justifies this sudden course correction.

Whatever the right amount of time to give Villas-Boas was, it was certainly more than 16 games. Spurs would have cost themselves very little by giving their coach until the end of the season, and they’ve potentially cost themselves a lot. The downside to keeping Villas-Boas is basically a disappointing upper-mid-table finish with the potential to run it back next year with basically the same cast of characters and a new coach, while the upside is he rights a team that isn’t even particularly that far off course, and guides them to a Champions League spot himself. The downside to firing him is that you’ve cost yourself the possibility of a decade of stability, while the upside is that whoever the new guy is immediately awakens a Spurs juggernaut that cruises to qualification. Unless Spurs’ brass feels like that last part of the equation can happen (and in a league as competitive as the Premier League this year, how easy could it be?), it’s pretty hard to see losing Villas-Boas as a positive.

Not that any of those things appear to have really been under consideration at Spurs. This doesn’t have any of the hallmarks of a weighted careful analysis. For the third time this season, and the second time in a month, Spurs got embarrassed, and the powers that be didn’t like it. So, Villas-Boas got called into the principal’s office and the principal decided he didn’t like his attitude and out the door he went. It’s a powerful message for whoever his successor ends up being. Your main job is not to embarrass your bosses; then worry about winning the games.