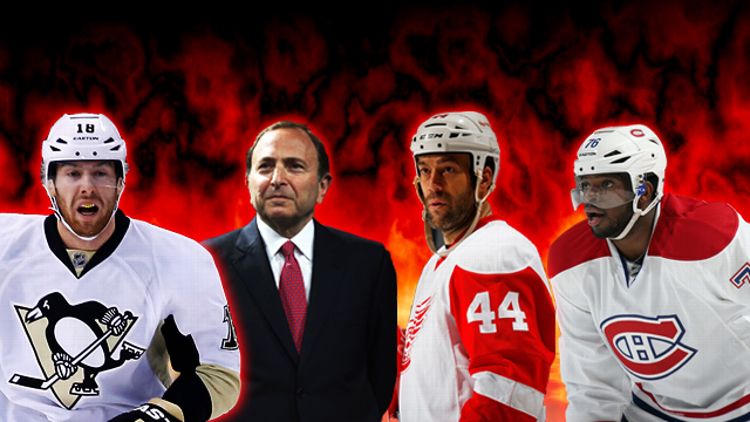 There’s an old stereotype that hockey fans hate everyone. And like most stereotypes, it’s simply not true.

For example, we don’t hate Teemu Selanne. And, uh … well, that’s pretty much it, actually. Other than Selanne, yeah, we hate basically everyone else.

But we hate some people more than others. And our hate isn’t random — it’s based on a series of expectations, passed down from generation to generation, that govern how those in the hockey world should behave. Every fan knows them.

They’ve just never been written down … until now.

Here are the four key reasons a hockey fan would hate someone:

They’re overexposed
Hockey players are supposed to blend quietly into the background. Anyone who gets too much attention — whether they asked for it or not — eventually becomes a target.

They just won’t be quiet
Much like small children, hockey fans expect our heroes to be seen but not heard. Anyone who makes any noise or (god forbid) actually forms an opinion must be silenced.

They take cheap shots
Hockey has a code. No, nobody has ever seen it or could agree on what it is. But the code is real, and taking a cheap shot violates it. Probably. Sometimes.

They just have one of those faces, you know?
Come on, we all know them when we see them.

Those are the four tenets of hockey hatred. And once you understand them, you can categorize all our hate into one neat diagram. Like this one, illustrated by Friend of Grantland Dan Gustafson at Sixteen Wins …